Home » Lifestyle » Sleepy horse naps whenever the sun is out

Sleepy horse naps whenever the sun is out 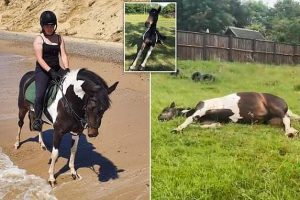 It’s pasture bedtime! Owner of sleepy horse who loves napping in the sun reveals she has to reassure concerned neighbours who think she may have DIED while snoozing

The owner of a sleepy horse who loves to take naps in the sunshine is constantly being forced to reassure worried locals that the animal is still alive.

Six-year-old horse Marge flops completely to the ground for a bit of shut-eye whenever the sun comes out, with her owner Louise Knock, 41, even hearing the animal snoring.

But the sight of the slumbering horse has led to Louise, from Lowestoft, Suffolk, being bombarded with phone calls from concerned neighbours telling her that her horse has died.

Frustrated Louise has to make several trips a week to the meadow to check that Marge is okay – only to find her snoring away, so has now has taken to social media to reassure passers-by that her pet is fine. 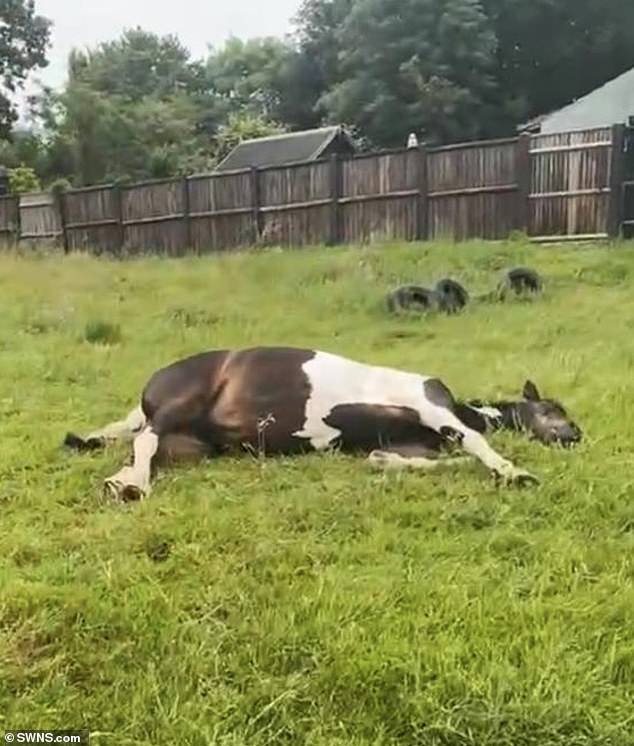 Six-year-old horse Marge flops completely to the ground for a bit of shut-eye whenever the sun comes out in Lowestoft, Suffolk 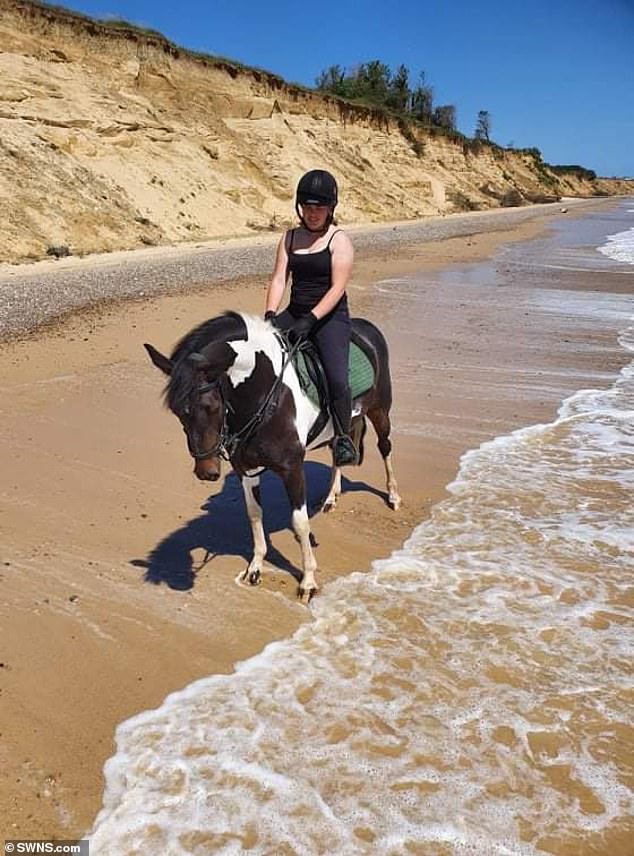 Her owner Louise Knock, 41, pictured riding Marge on the beach, is often bombarded with phone calls from concerned neighbours telling her that her horse has died

‘In the summer she gets quite tired so she crashes out,’ said Louise. ‘Normally horses have their head up or legs crossed but she’s completely flat.

‘It’s a really unusual stance for a horse because they’re flight animals, but Marge is quite happy like that.’

Louise, a zoo keeper, said that she gets around five or six phone calls a week from locals passing her field.

‘People get quite concerned,’ she said. ‘They walk down the road and see her flat out. They call to say “I think your horse isn’t well”. 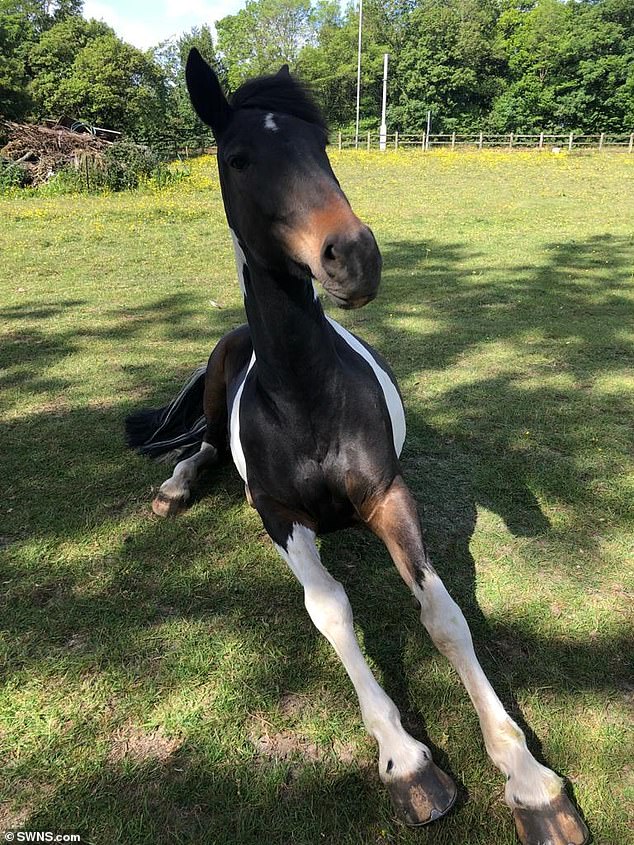 ‘99% of the time she will be fine but I always go down to check on her.

‘She’s always done the napping on and off but in this last month it’s been extremely sunny so she’s just realised it’s much comfier for her to lay flat out.

‘I think she feels happy and relaxed. She literally snores when I’m standing over her.’

Louise added that Marge only naps during the day if she is accompanied by her horse husband Matrix, 24, who watches over her as she dozes.

Alongside her snoozing habit, Louise said that Marge likes getting out and about.  She added: ‘She’s quite an active horse, she’s ridden regularly.

‘She’s a special girl. Her legs don’t quite go in place but she’s a lovely mare. She can be a little simple but we love her.’ 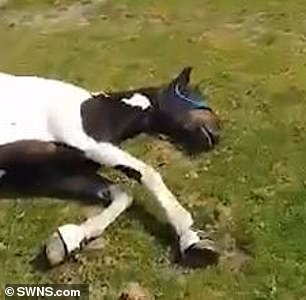 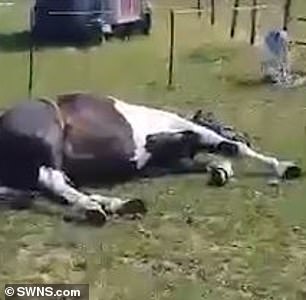