Smokey eyes summed up the rebellious glamour of the Sixties

Smokey eyes summed up the rebellious glamour of the Sixties – and we still love it!

Smokey eyes sum up the rebellious glamour of the Sixties and a newfound confidence to experiment with make-up.

Sultry, sexy and bold, the iconic look was adopted by everyone from actresses Brigitte Bardot and Julie Christie to model Edie Sedgwick.

‘The Sixties were about a dramatic approach to beauty,’ says A-list make-up artist Charlotte Tilbury. ‘The smokey eye is like a little black dress — it will never go out of fashion.’

The look is flattering as it uses cleverly placed shadow and liner to exaggerate the shape of the eyes and make them bigger, sexier and more seductive.

‘This was the decade when eye make-up really stood out,’ says Hannah Adkins, archivist for the make-up company Coty — whose brands include Wella, Max Factor, CoverGirl and Rimmel — which came into its own in the Sixties as an affordable, trendy option. 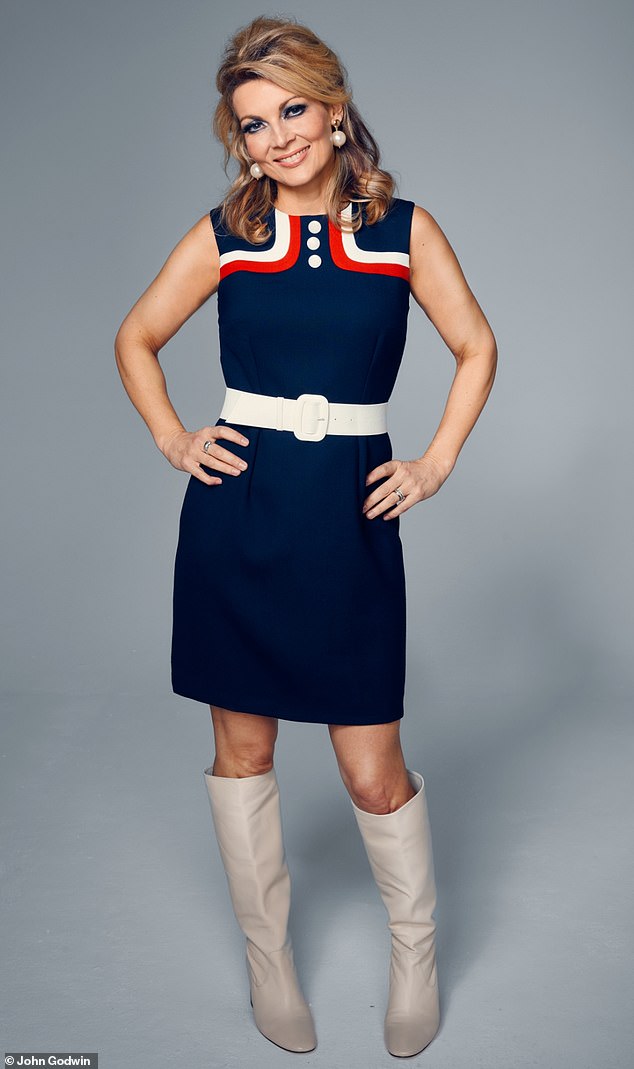 Smokey eyes sum up the rebellious glamour of the Sixties and a newfound confidence to experiment with make-up. Pictured: Alice Smellie

‘Everyone wanted to experiment with looks and, in the post-war period, mass production really kicked off. 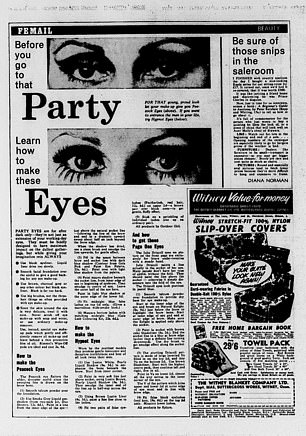 Pictured: Femail in the late Sixties

‘New colours and synthetic ingredients were being developed and it became easier to manufacture cosmetics in large quantities. Everyone was battling to create the most exciting mascara or eye shadow.’

Buying make-up also became cheaper so, instead of treasuring a lipstick until it ran out, you might treat yourself to a pretty new shade every few weeks.

Many retailers set up beauty counters for the first time, so customers could see the tempting options laid out, rather than having to ask for what they wanted.

‘If you can touch, see and try a product, then you’re more likely to purchase it,’ says Hannah.

Novelist Judy Astley, who turned 18 in 1968, remembers: ‘We couldn’t wait to be old enough to wear make-up. Aged 14, I could be found hiding in the phone box around the corner from my parents’ house in London, applying eyeshadow in the tiny mirror they used to have in there.

‘I remember seeing the smokey eye on Biba posters in 1966. Biba also had mail order catalogues I used to drool over with my friends — for the make-up as much as the clothes.’

Step 1: Cover your eyelids with a silvery shadow, working from the inner eye to half way across the socket, then blend outwards using either a brush or your finger

Step 2: Apply a darker shadow to the outer corners. Blend it back in, until it meets the silver in the centre. Line the upper lids with black kohl, then go over it with a liquid liner. Add a flick at the end

Step 3: Carefully line the inside of the lower lids with a white eye pencil. Using black kohl, draw a thicker line along the lower lashes. Smudge, then apply false eyelashes to the upper lids

But, while it sprang to popularity in the Sixties, the style had its origins in a previous era. Rupert Kingston, co-founder of make-up brand Delilah, says: ‘During the Forties and Fifties, the golden age of Hollywood, make-up artists worked closely with film technicians to make stars look good on screen. Techniques such as contouring were created on set.’

Another trick they came up with was the smokey eye.

In the Sixties, mass-market weekly magazines began offering women guides on creating the look for themselves. And, as women bought and used more varied make-up, the products became more sophisticated.

‘Make-up was far simpler in the Fifties and early Sixties,’ says cosmetic scientist Lynne Sanders, the founder of Cosmetics a la Carte. ‘Eyeshadows were greasy creams. But, by the end of the decade, we had powder products, pioneered by Mary Quant, that were far lighter on the skin and easier to blend.’

Nowadays, with even better products available, women can create a softer, more versatile version of the smokey eye.

‘You can create a gorgeous look with any colour you like,’ says Charlotte, ‘from sultry copper bronzes to a gently diffused golden glow.’