Home » Lifestyle » So Far So Good: Here’s How The Chainsmokers Built Their Empire 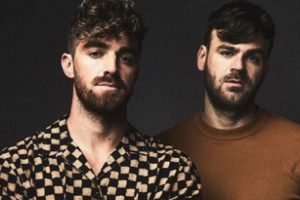 American electronic DJ and production duo The Chainsmokers have made a name for themselves in the music industry. The duo initially started out just by releasing remixes of songs of indie artists which eventually led to them making their own music. They have since won numerous awards and recognition for their music including Grammy award, 2 American Music Awards, 7 Billboard Music Awards and many more. They have since amassed a total net worth of $70 million thanks to their hit releases. Take a look at how they started and how they were able to get where they are now.

How The Chainsmokers Started

The Chainsmokers were originally formed by Alexander Pall and DJ Rhett Bixler. The name The Chainsmokers was from Pall who was still in college when the idea of forming a duo conceptualized and he just thought of it because he enjoyed smoking weed and when he found out that the domain is still up for grabs, he decided to go for it. The two reformed the group as an EDM DJ duo in 2012 signing with the management of Adam Alpert in New York City. However when Bixler left the duo, Alpert decided to look for his replacement. At the time, Andrew Taggart has taken an interest in being a DJ and has been releasing some of his original songs on SoundCloud. He was found by someone working for Alpert and that person informed him that Alpert is currently looking for someone to replace Bixler. Taggart who was still living in Maine at the time decided to take a risk and move to New York City to pursue a career there.

Pall has attended the New York University taking up art history and music business while Taggart attended the Syracuse University who was working as an intern at the Interscope Records before crossing paths. Pall grew up as a DJ and already been working at some art gallery in Chelsea, Manhattan when Alpert finally introduced Taggart to him. The duo seemed to get along and on April 2013, they have released their first remix which was the song Medicine by Daughter which eventually reached the top spot on the HypeMachine.

Early Releases And Growing Their Career

The duo started making remixes of different indie bands and even collaborated with the with Indian actress and recording artist Priyanka Chopra on her single titled Erase in 2012 and was followed up by another collaboration in 2013 for the song The Rookie. The following year, the duo’s first live performance took place as they opened for the Timeflies at Terminal 5 in 2014. At the time, they have released a single titled #Selfie which was released for free and was picked up by the Dim Mak Records. Dim Mak Records decided to release the single again in January 2014 which was eventually streamed on the Republic Records. This has resulted for the duo to achieve a breakthrough success as their single climbed the top both on domestic and international charts.

Their songs soon started releasing one by one; they released Kanye on August 2014 as a follow up to #Selfie and then released Let You Go just seven months later. The duo decided to join the joint venture label with Sony Music Entertainment, Disruptor Record, with Adam Alpert as their manager in April 2015. They released another single called Good Intentions on May 18, 2015 then just a month after, they released a follow up single titled Roses on June 16, 2015. The song has become a commercial success and earned numerous multiplatinum recognition in different countries as well as in the U.S.

Their releases are not stopping at this point, they soon released the song Waterbed, another song was released which was in collaboration with Dutch DJ Tiësto called Split (Only U) and Until You Were Gone. They then released another single called Don’t Let Me Down on February 5, 2016 which features the vocals of American singer Daya which has won a Grammy Award in 2017. They released another song featuring Halsey titled Closer which became one of their most famous hits as it peaked at No. 1 in numerous charts worldwide. They have since released numerous singles after and has become the highest paid electronic act across the world in 2019 according to Forbes.

The Chainsmokers are now one of the most popular artists in the world and has become the 56th most streamed artist in the world on the music app Spotify. They currently have a net worth of $70 million. Their income can be attributed mainly to their live shows and lots of festival performances in addition to the music sales of their albums. Since they have built a successful brand in the world of music, they are leveraging their assets to use as a venture capital. The duo has expanded their talents beyond the music world as they decided to be celebrity investors just like Jared Leto and Ashton Kutcher.

The pair has been investing to numerous ventures actively. Pall admitted that it was Taggart’s idea to start investing and Pall thought that it was a great time to invest as well. They love to work but they know that there is more to life than music and there are much more income generating opportunities. The duo decided to form VC firm called Mantis, which focuses on the early-stage tech companies which raised a total of $75 million investments. The startup plans to support the startup companies that deserve their support. They wanted Mantis to be a firm which connects creative strategy with problem solving and development.

READ NEXT: From Being Homeless To Winning A Grammy: Here’s How Anderson .Paak Made It Big In The Music Industry