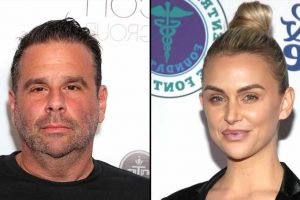 Fresh start! As Lala Kent continues navigating the dating scene nearly one year after her split from ex-fiancé Randall Emmett, there are certain things she is not missing.

“I’m having the best sex of my life, which I mean, compared to my old relationship that was not hard to do,” the Give Them Lala Beauty founder, 32, exclusively told Us Weekly at BravoCon 2022 on Saturday, October 15. “Oh, this shade! I can’t stop. I haven’t conquered the art of being quiet.”

The Vanderpump Rules star’s romance revelations comes weeks after she admitted that she is dating a “unicorn” of a mystery man. “You know what happens? I get under somebody and I’m like, ‘I’m in love.’ So I’m having a lot of fun, and I’m in love with them all,” Lala said on Saturday.

While the reality TV star is enjoying her new romance, she’s not looking to show any milestones on the next season of Vanderpump Rules.

Everything Lala Kent Has Said About Randall Emmett Following Their Split

“You won’t see me, like, dating, but you’ll see the dude who I hooked up. [He was] the first boy I slept with since my last relationship,” Lala teased Us at the Javits Center in New York City. “Which was very weird. I was like, ‘There’s cameras here.’ And I’m like, ‘This is a boy that I’m gonna hook up with. This is weird.’”

The Utah native and the 51-year-old Midnight in the Switchgrass producer — who share 18-month-old daughter Ocean — called off their engagement last year after Randall’s alleged infidelity.

“I feel like it’s weird because I, for the first time, have no idea what my future holds,” Lala previously admitted during a November 2021 episode of her “Give Them Lala” podcast. “I don’t know what each day is going to look like and for a really long time, I’ve had a schedule where everything is planned out. My future was ahead of me and I was like, ‘This is the plan.’ And I’m kind of just letting the universe take control of my life and place me where I need to be. I’m not questioning anything.”

While the Florida native hasn’t addressed the cheating rumors, he has been focused on attempting to coparent Ocean. “She’s the mother of my child. No matter what happens in life, I will never disparage or talk ill about her because she’s Ocean’s mom,” he said on the “Genuinely GG” podcast in March. “At the end of the day, I am not that comfortable in this whole thing, but the truth is that I just have to always look at the big picture.”

As the beauty entrepreneur navigates raising her “amazing” little girl with her ex-fiancé and the dating scene, she has also remained a force on the upcoming 10th season of the Bravo hit.

“There’s so much [that happens]! I feel like it’s hard to even remember because so much happened and I feel like, [in] season 8 and 9, we were having growing pains,” Lala told Us of the new Vanderpump Rules episodes. “I really hope that we have all of our old viewers tune back in because this season is going to be absolutely insane and incredible. And, you know, I’m obsessed with Bravo, so I can, like, appreciate as a viewer. And I’m like, ‘We did the damn thing.’”