Society needs its contrarians. But there’s contrary and there’s nuts 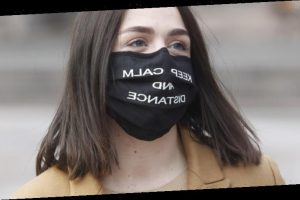 Surely we have passed through the looking glass. We have entered the realm of belief and disbelief. This is the world of the anti-maskers.

It would be comforting to put the crack in reasoning down to how living in a pandemic can mutate the mind without it having been touched by the thing itself. But there is a frightening and depressing insinuation-cum-revelation that before the pandemic, during the pandemic and after the pandemic, the minds of some men and women were/are/will be simply devoid of reason. They might display the sensibilities of the contrarian, but they more like have the shape, and thus the sound, of empty vessels. 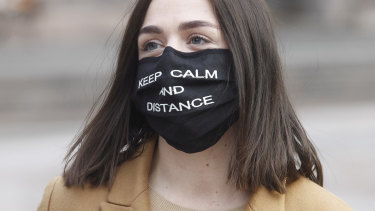 In this realm of belief and disbelief, social media amplifies their grostequery of logic. There are no borders to it, no fences to contain it but the rising of defiance against it. It is impossible to know definitively how much the wash of this faux individual freedom outrage is seepage from the conspiracy swamp in America.

The New York Times last week reported examples of virus disinformation. These included the Sinclair Broadcast Group, which gave air to a conspiracist who alleged coronavirus was created by the director of the National Institute for Allergy and Infectious Diseases, Dr Anthony Fauci. There were several other examples, such as Fox News and Breitbart questioning the science and the scientists at the frontline.

Sure, society needs its contrarians, just as it needs its sceptics, to offer an alternative view. If nothing else it creates a pause in the flow of the mainstream to consider deeply a subject after the chatter has subsided. But there’s contrary and there’s nuts. And there’s dangerous.

One can, of course, say one doesn’t agree with a person, but will defend to the death that person’s right to say it. But in a pandemic, where the transmission of possible death is but a breath away, the maxim doesn’t hold, cannot hold. And really would you want to defend someone who can draw the shaky conclusion that they could just as easily fall off a cliff and die, but the state hasn’t banned cliffs with that of this pandemic? Perhaps if the cliffs started marching towards aged care homes . . .

The maxim cannot hold in utterances from the political stage or from the local Bunnings. Perhaps if the speaker were in a cave 1000 kilometres from the next human then, possibly, yes. They can assert their rights, such as to not wear a mask. No one will hear him, and thus to all others, their words don’t exist. However, what weight should one attach to that right in a pandemic? None.

Individual freedom in such a time as this is a luxury, an indulgent spoilt brat play. As Daniel Andrews made the point, and displayed heroic self-discipline in not exploding in doing so, there’s no freedom of choice when that freedom can lead to your or someone else’s death.

What, then, is the equation at work? My freedom of expression is worth more than your life?

Warwick McFadyen is a desk editor for The Age.