When actress and activist Sophia Bush learned that nearly one in five girls in the United States are estimated to have missed school due to a lack of period products, she was aghast.

“So many girls lose out on their opportunity to get educated because they live in period poverty,” Bush told “Good Morning America.” “What period poverty means is that you don’t have access to the sanitary items that you need to manage your cycle.”

At least 500 million women and girls globally lack facilities for managing their periods, according to a 2015 report from the World Health Organization and UNICEF. 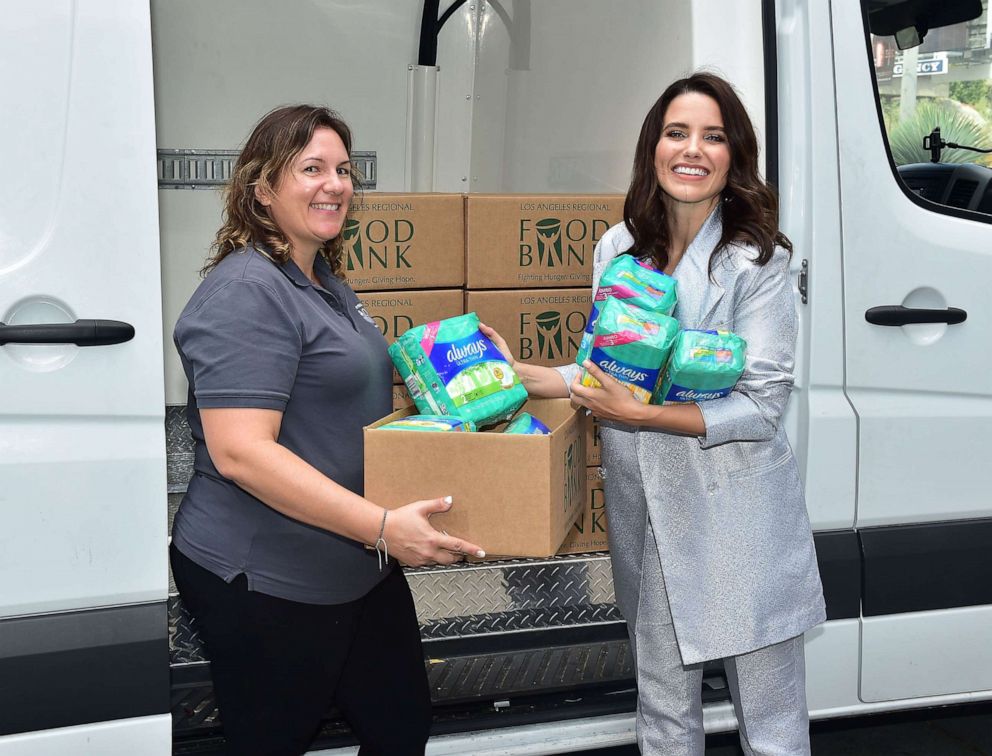 Bush is partnering with Always to raise awareness about the reality of period products and the impact it has on women.

“As a long time education access advocate, I truly believe nothing should stand in the way of a girl and her education. Nothing! Certainly not her period,” Bush wrote in an Instagram post.

“So many people are shocked when they learn about period poverty being so prevalent here,” Bush said. “I think that we often assume that something like that couldn’t happen in the U.S.”

It is estimated that 143,000 girls in the New York City area and 88,000 in the Los Angeles area have missed school because of period poverty, according to a 2019 study by Always.

“When a family has to choose between rent money or food money, that means that they don’t have the financial resources to buy packages of period products every month,” Bush said. “And it’s a devastating reality for a lot of people who just are not getting the support that they need in this country.”