Home » Lifestyle » [Spoiler] Is Alive? 'You' Finale Ends With a Major Twist

[Spoiler] Is Alive? 'You' Finale Ends With a Major Twist

Just when you thought You couldn’t get any creepier, that happened. The Sunday, November 11, finale of the Lifetime drama came to a dramatic close with Joe (Penn Badgley) making the ultimate move that no one saw coming. Warning: spoilers ahead.

The finale picked up where the penultimate left off, with Beck (Elizabeth Lail) locked in the cage and Joe still strongly believing that he did it all for love. In fact, he spent nearly the entire episode trying to explain that to Beck — telling her that he killed Benji because he was a murderer and Peach because she tried to kill him. Ultimately, he said, it was just to protect her.

He tried to prove it by placing a typewriter and paper inside the cage, convincing her to write. While she did, he covered his tracks: he told her friends via text that she was going on a writer’s retreat. He then went to lunch with them, said Beck had cheated with her therapist and ghosted him. While there, the girls filled Joe in on the private investigator that was looking in to Peach’s death.

He also came face-to-face with Paco, who had tried to steal the gun from the book store. Joe tried reprimanding Claudia after Ron had her put her in the hospital, but he wasn’t aware that she was afraid to leave Ron since he had connections that could get Paco taken away.

When Ron later showed up at Claudia’s house, Paco came out from Joe’s apartment and hit him with a metal bat and ran away. Luckily, Joe was there when Ron chased him down and to protect Paco, he stabbed him in the throat. Joe explained to Paco that all he had to do was to say he doesn’t know where he went. “Sometimes we do bad things for the people we love,” he told Paco. “It doesn’t mean it’s right, it means love is more important.”

Little did we know, Paco would end up returning the favor.

While Joe was gone, Beck decided to pretend. She nearly convinced him to let her out to use the bathroom, but at the last second, she looked at the door too long and he changed his mind. “You say you’re a writer, I fell in love with a writer,” he told her. “Maybe you should be writing.”

So, that’s what she did: she started writing a book. She wrote about her troubles growing up, her horrible friends she was desperate to be one with and her issues with men. She then wrote about Joe, a man who made her believe again. “You don’t get a happy end, unless you love both of him,” she wrote. “Didn’t you ask for it?” 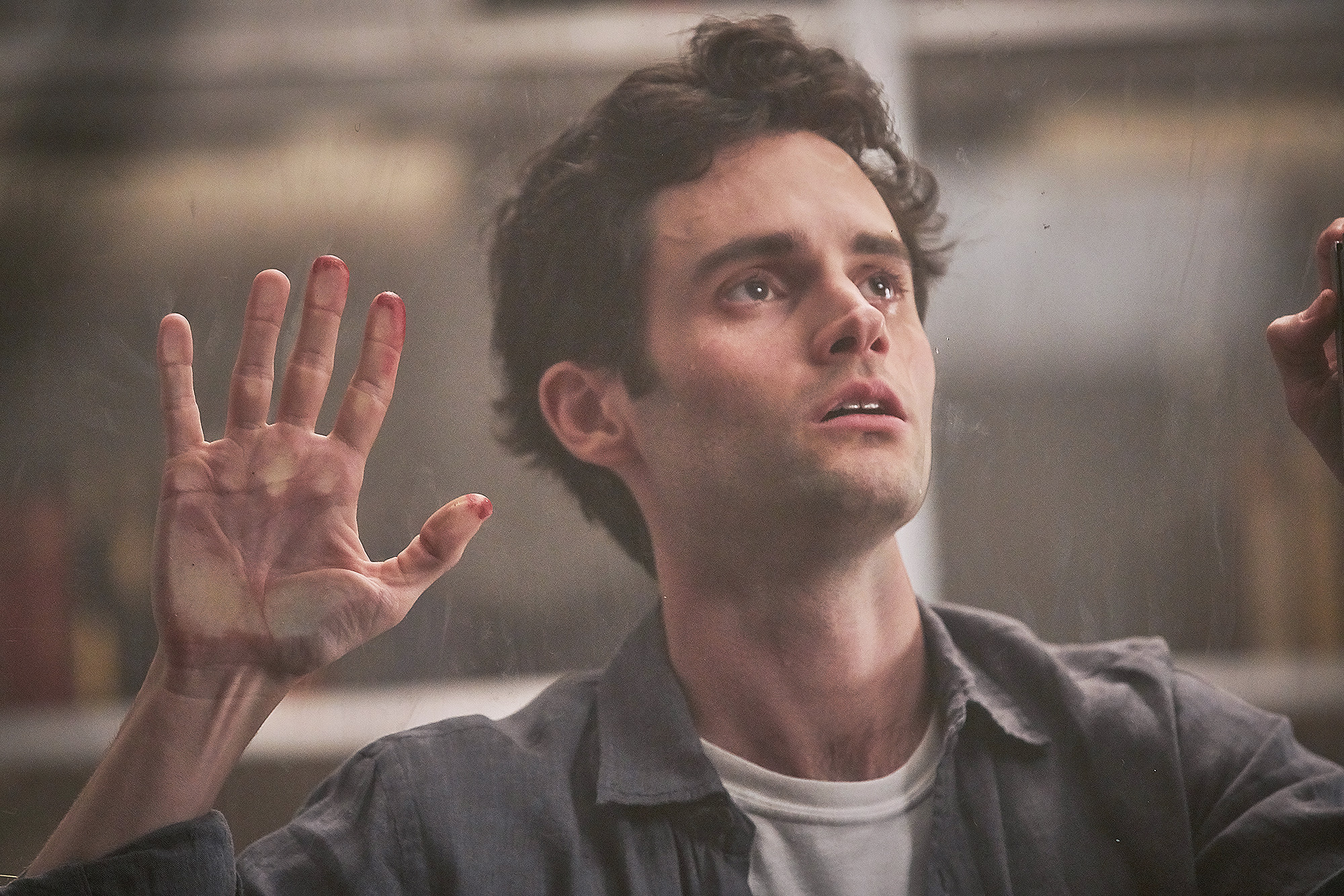 When Joe returned again, she had decided a new path: charm him. She told him she didn’t hate him and wanted to understand. She shared with him what she had written, which turned out to be a story about Dr. Nicky (John Stamos). Her story was all about how her therapist was obsessed with her, so much that he killed her. Beck explained to Joe that the book could be their way out — blame Nicky for all of it. “I get it now, you did everything for me,” Beck told Joe. “No one has ever loved me like you loved me.”

She convinced him just enough for him to open the door and come to her. They hugged just long enough for her to stab him with one of the keys that she ripped off of her typewriter. When he fell, she ran out and locked him inside the cage. She told him she could never love him before running up the stairs to get out. However, she didn’t realize there were two locked doors, and only one person heard her and came to open it: Paco. However, when she told him that Joe was crazy and has killed people, he decided to leave her there.

Meanwhile, Joe had used the spare key he had kept inside the cage — he used to be locked in the cage by Mr. Mooney, so he had hidden a spare key. Even though Beck hit him in the head with a hammer, the same way he did to Benji in the first episode, she was not fast enough. She stole the keys to get out but he caught her before she could escape.

Cut ahead four months: Beck is dead. Joe killed her and framed Dr. Nicky — with her book. Joe wrote on Beck’s Facebook that she was visiting a friend, then buried her body in Nicky’s backyard. He sent the manuscript to Blythe and when it was published, it sold like crazy in his store.

If you didn’t see Beck’s death coming, you definitely didn’t see the second twist. Much like he did when Beck walked in, Joe noticed a new girl come into the bookstore and couldn’t help but go up to her. When she removed her hood and sunglasses, he saw her: “Hey bunny,” Candace said.

“Alive? Yeah,” she answered. “So I think we have some unfinished business to talk about.”