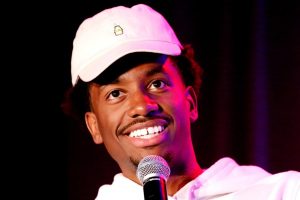 The comedy world and beyond are mourning the death of Jak Knight, a stand-up comedian who died on Thursday at 28.

According to The Hollywood Reporter, Knight passed away Thursday night in Los Angeles. His family confirmed his death on Friday via an agency rep, who noted that Knight’s cause of death won’t be provided at this time. “Knight’s loved ones ask that their privacy please be respected during this extremely difficult time,” the rep said.

In addition to his already established stand-up career, Knight was also an actor, writer and producer. He wrote for several comedy shows, including the ABC sitcom “Black-ish,” the HBO Max series “Pause with Sam Jay” and Netflix’s “Big Mouth,” the latter of which he also voiced the character of Devon. Knight most recently co-created and starred in the new Peacock series “Bust Down” alongside Chris Redd, Sam Jay and Langston Kerman. 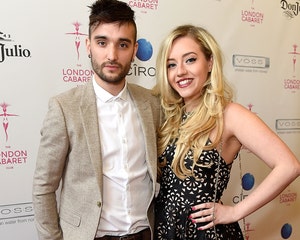 Following the sad news of Knight’s death, members of Hollywood, fellow comedians and fans took to Twitter to pay tribute to the comic, who was described as a “hilarious,” a “young icon” and “one of the greats.”

“Saturday Night Live” alum Jay Pharoah tweeted, “Man…RIP Jak Knight, bro was only 28 years old and carving out his path in hollywood in a major way, I pray his family and loved ones comforting during this rough time. So sorry to hear about his passing.”

“RIP Jak Knight. I only met him a few times but every time I would see him it always felt like I was talking to one of the greats. My heart goes out to his close friends and family. He was incredible,” wrote “The Boys” star Jack Quaid, while writer and comedian Dani Fernandez said, “I don’t know what to say about Jak Knight that he wouldn’t make fun of me for. But you were so incredibly loved and respected. There will never be anyone quite like you.”

Stand-up comic Tim Dillon described Knight as “an incredibly funny original voice in comedy,” producer Josiah Johnson called the young star “one of the most talented and hilarious dudes in the game” and comedian Solomon Georgio said Knight was a “young icon.”

Meanwhile, Comedy Central called Knight a “hysterical and honest comedian,” adding, “We will miss him tremendously.”

See how more comedians, actors, networks and more reacted to Knight’s death in the tweets, below.