Home » 'Star Wars: The Clone Wars' Almost Had a Han Solo-Type Character Who Would Have Been the First Asian Male Lead in the Show

'Star Wars: The Clone Wars' Almost Had a Han Solo-Type Character Who Would Have Been the First Asian Male Lead in the Show 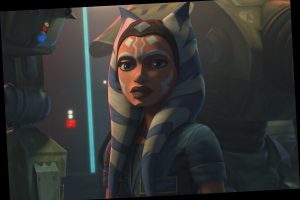 Disney+ has been a lot of fun for viewers and even though only a handful of original series have come out of it so far, the ones that fans have gotten have been great. From The Mandalorian to WandaVision, social media is brimming with Disney+ chatter. And it also allowed Lucasfilm to bring back a beloved series that was cut way too short: Star Wars: The Clone Wars.

Before it was canceled back in 2013, showrunner Dave Filoni and the rest of the creatives had ideas for more arcs to finish out these characters’ stories. While fans got the important bits in Season 7, which premiered in 2020, many aspects were changed in the years since the original storyboards. And one of those included a character called Nyx Okami.

Before ‘Star Wars: The Clone Wars’ was canceled, Dave Filoni had a lot more arcs planned; wanted to show Ahsoka Tano be more of a teen 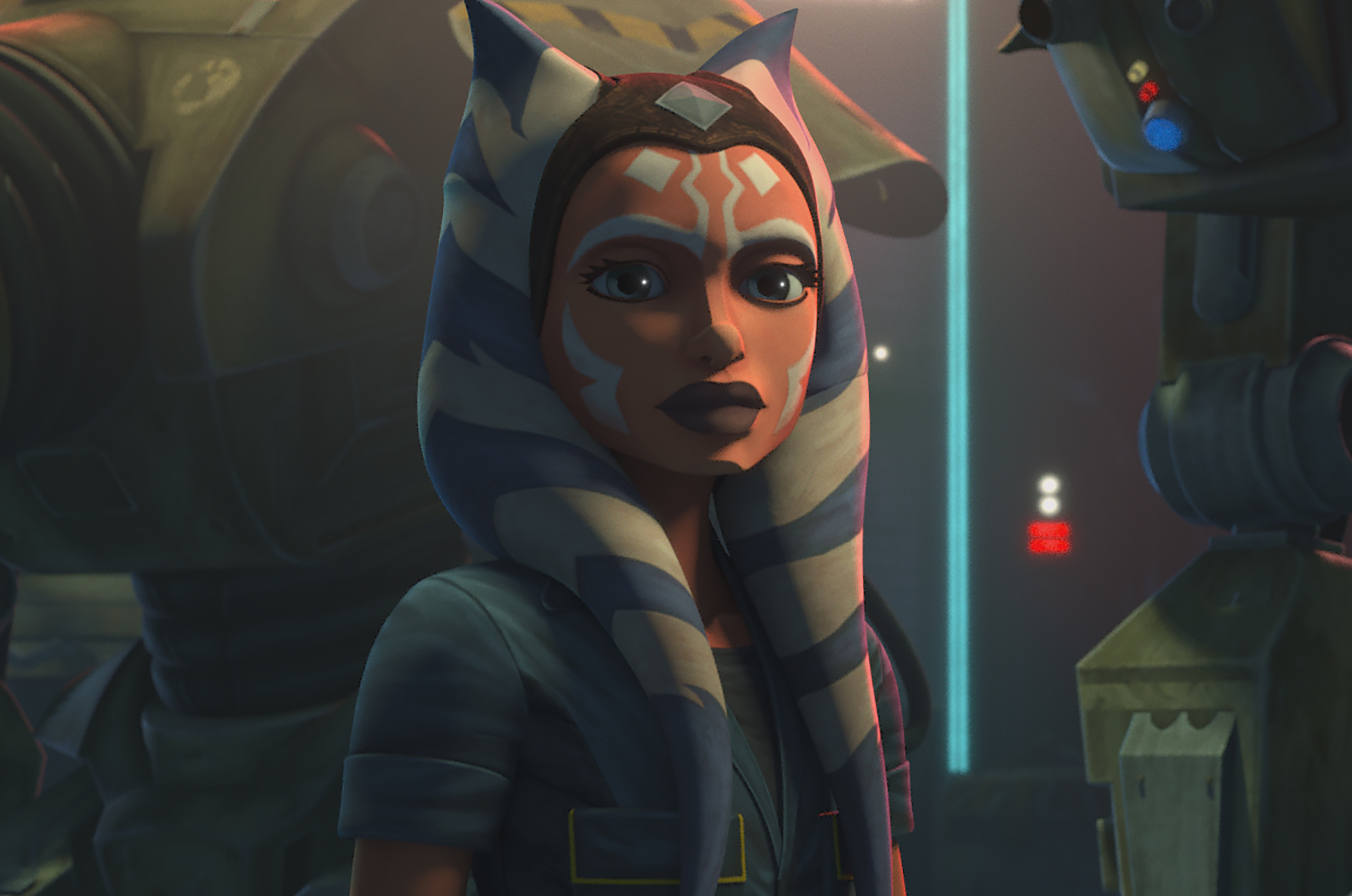 Again, Star Wars: The Clone Wars was canceled from its run on Cartoon Network in 2013 after its fifth season. Work had already started on its sixth season, which is why that season has a handful of episodes that don’t really follow its typical arc system. It was then just released on Netflix. But Filoni and others had two seasons’ worth of arcs and stories, and Ahsoka Tano’s time after she left the Jedi Order was a major part of it.

In Season 7, the last two arcs — so about eight episodes — dealt with Ahsoka’s time in the Underground of Coruscant and then her part in the Siege of Mandalore. Originally, Filoni had a lot more room to build on that and he was going to give her a lot more time to be a teen outside of the Order.

“It’s this almost kind of, I don’t want to say completely John Hughes, but it is really kind of a completely teenage story about her and what she does on her own,” Filoni shared of Ahsoka’s original arcs at the 2016 European Star Wars Celebration. “She can — if you think about it — be just whatever a normal kid in Star Wars is at that age. She doesn’t have the big responsibilities of the galaxy anymore.”

Looking back on this panel years later, it’s interesting to see how much stayed the same, even though the story around her changed. Some aspects made it into the final season like smuggling, crime syndicates, and more. And even in the drafts, Ahsoka still dealt with her morals and training like she did in the seventh season.

“That’s her problem, she has a very clear moral center,” Filoni said. “Even though she’s not technically a Jedi anymore, that doesn’t mean she’s not gonna behave like one. But if she does that would be very dangerous for her. It’s a big challenge for her to be around these other characters.”

In the final cut on Disney+, Ahsoka meets the Martez sisters who kind of work through that moral compass with her. But in these drafts, Filoni shared that there was a romantic element Ahsoka had with a new character named Nyx Okami. Nyx was a “scoundrel,” a lot like Han Solo, and lived in the Underground levels of Coruscant. He also said it was an attempt at an Asian male lead in The Clone Wars, which hadn’t been done before.

Ashley Eckstein, who voices Ahsoka, played around and called Nyx Ahsoka’s boyfriend, but in all seriousness, it seemed like it was heavily implied in the writing that something romantic was going to happen or went on. But didn’t go far enough that it was long-lasting.

Filoni’s “paternal” eye over Ahsoka stopped him from calling Nyx a boyfriend for the character, but he also didn’t want another couple in The Clone Wars that rivalred Anakin and Padmé, although Obi-Wan and Satine got close.

Filoni was also ‘very careful’ with how he wrote Ahsoka; she represented a lot for the girls watching 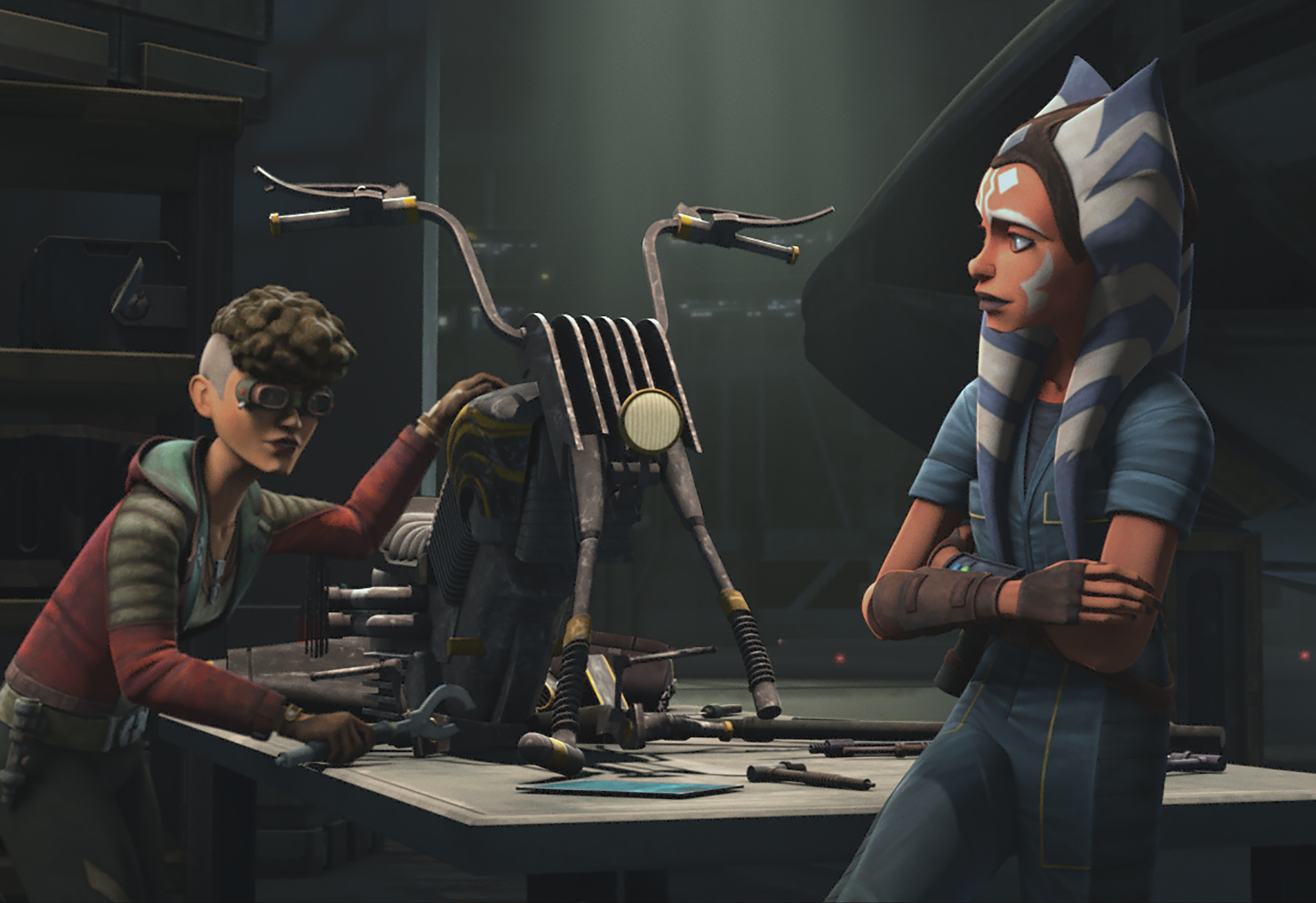 At this point, so many years later, it is pretty obvious how much Ahsoka means to Filoni. And so it makes sense, paternal or not, that he’s careful with how he writes her and her companions. When it came to a possible love story or whether Ahsoka stayed with the Jedi Order, Filoni shared that he always had the girls watching Ahsoka’s story in mind.

“With Ahsoka, I was very careful to try to represent to, especially young girls, the idea that they don’t have to make these decisions very black and white,” Filoni said. “They don’t have to just be with someone just because. Just like her decision to leave the Jedi, she can do independent things because that’s what she chooses to do.”

Ahsoka had her “own identity” and “her own agency” and that’s certainly what makes her such a compelling character. It was all about what this experience could give Ahsoka in the end.

“It’s really how stories should be told for teenage girls having crushes and it was beautifully written and it was a real growing and learning experience for her,” he said.