By now, your hipper, greener, more oat-inclined friends have either introduced you to oat milk, or talked so much about oat milk that there’s an entire corner of your brain devoted to keeping up with it. Starbucks hears it too, and is responding by offering oat milk at select Starbucks Reserve locations in the U.S. That’s right, y’all — the Starbucks mermaid dove deep into the ocean and brought back oat milk for the millennial masses.

The oat milk at Starbucks is actually stylized as oatmilk, in line with the brand’s Almondmilk, which has available nationwide since September 2016. The new non-dairy alternative, made from oats that are soaked in water, blended, and strained, is known for its rich, creamy texture — and in particular, how well that texture lends itself to coffee. Staring March 12, in select Reserve locations, Starbucks will offer oatmilk as an option in for lattes, cappuccinos, and more, citing its ability to pair well with both light and dark roasts.

Bustle had the opportunity to test Starbucks’ oatmilk lattes, and can confirm that the matrimony of these two things is not overhyped — it makes for a smooth finish that really brings out the intensity of the coffee’s flavor while also softening it just the right amount. You can find oatmilk in select Starbucks Reserve locations, which include the two in New York, the one in Seattle, the Reserve Store inside the Seattle Starbucks headquarters, as well as the Reserve Bars in Seattle and San Francisco; it will also be available in the three standalone Princi bakeries in Seattle, New York, and Chicago. 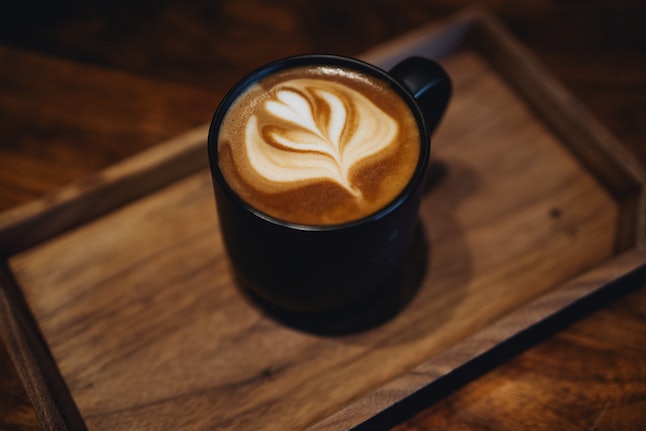 In addition to oatmilk, select Starbucks Reserve locations will carry Bicerin, the chain’s twist on an ancient Italian favorite (pronounced "be serene," for Starbucks’ ordering purposes). Per Starbucks, the name "Bicerin" comes from the dish the drink is served in, as it means "small round glass". That small round glass holds a thick layer of chocolate followed by a layer of espresso and a layer of crema, making it every bit as much dessert as it is drink.

“I started with the flavors of the classic bicerin,” said Starbucks beverage developer Jennifer Galbraith in a press release provided to Bustle. “It’s a pour of chocolate sauce on the bottom of the glass topped witha velvety cold foam crema made with nonfat milk, the freshly-pulled espresso is poured over the top creating a frothy float of espresso betweent he chocolate and crema. It’s both sippable and spoonable.” 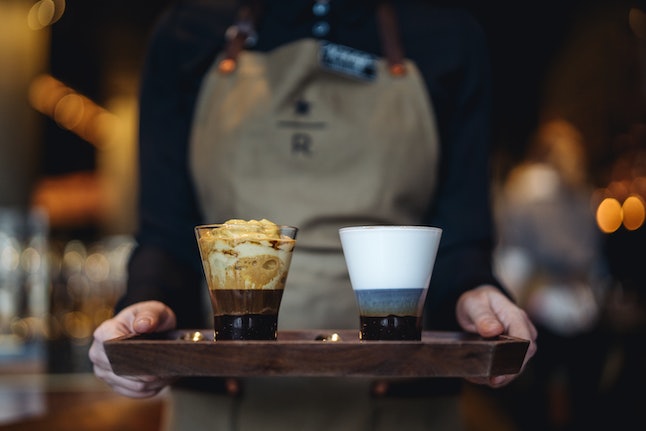 Starbucks will be serving the drink in two styles: Chocolate Bicerin, the more traditional take, and Pistachio Bicerin, which includes a pistachio-flavored crema. Bustle also had the opportunity to try these two variations — the spoonability of them is truly no joke. The richness of the thick layer of chocolate and the coffee are perfectly offset by the frothiness of the crema. If you’re torn between the two, though, I highly suggest the pistachio — the nuttiness of the cream is so unique and pairs so ridiculously well with the chocolate that you’ll

If a trip out to any of those locations isn’t in the cards, the good news is that you can still enjoy the new Cloud Macchiato, which is unique in and of itself; the good news, though, is that both of these new offerings from the select Starbucks Reserve stores are permanent menu ones, so you can take your sweet time getting there to try them (and cross your fingers they go nationwide until then!).