The motorized chair, used by Hawking after he was paralyzed with motor neuron disease — also called Amyotrophic lateral sclerosis (ALS) or Lou Gehrig’s disease — raised 296,750 pounds in a Christie’s online auction. That’s nearly 20 times more than the pre-sale estimate of up to 15,000 pounds.

Proceeds from the chair’s sale will go to two charities, the Stephen Hawking Foundation and the Motor Neuron Disease Association.

Hawking transformed our notion of space and time, and the nature of black holes – and did it all while confined to a wheelchair and deprived of speech. Born in the English university town of Oxford in 1942, and a less-than-stellar student at first, Hawking was just 21 when he was diagnosed with the degenerative nerve disease and told he had just a few years to live.

Hawking instead lived for many more decades, dying this past March at age 76. He expanded scientific thinking about black holes and the origins of the universe. He became a celebrity in 1988 with the publication of his “A Brief History of Time” – one of the best-selling books about science of all time. 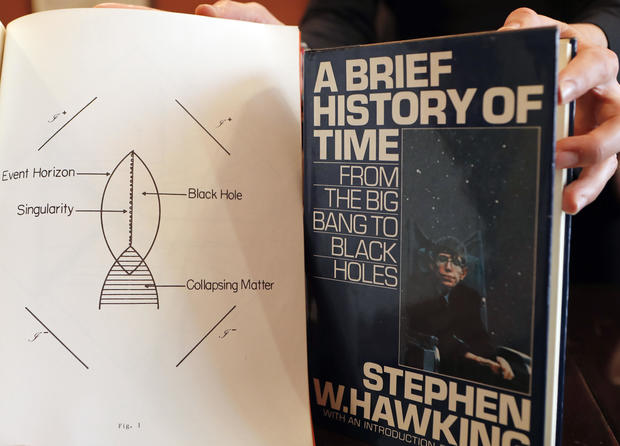 He even went on to guest star on “The Simpsons.” A script from one of his appearances on the animated TV show sold for 6,250 pounds in the sale of 22 Hawking items, while a collection of his medals and awards raised 296,750 pounds.

Hawking’s daughter Lucy said the sale gave “admirers of his work the chance to acquire a memento of our father’s extraordinary life in the shape of a small selection of evocative and fascinating items.”

Hawking’s children hope to preserve his scientific archive for the nation. Christie’s is handling the negotiations to hand it over to British authorities in lieu of inheritance tax. 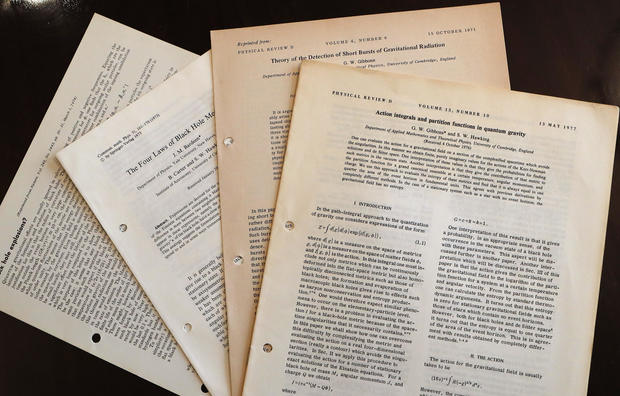 In this Friday, Oct. 19, 2018 file photo, documents and files by Stephen Hawking the personal and academic possessions of Stephen Hawking at the auction house Christies in London.