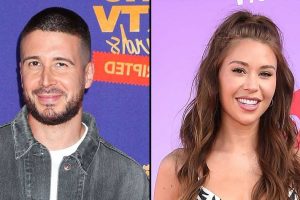 Friendly or flirty? Gabby Windey is clarifying where she stands with Vinny Guadagnino after their playful banter recently raised eyebrows.

Dancing With the Stars’ Hottest Hookups

“I mean, we’re friends. We were on [Dancing With the Stars] together,” the former Bachelorette, 31, explained on the Friday, November 18, episode of the “Chicks in the Office” podcast. “Apparently both of us just like to kind of stir the pot. Which is, like, funny. But [the rumors] did happen out of nowhere.”

Windey added that it was “hilarious to watch” the frenzy build up after she and the Jersey Shore personality, 35, made goofy remarks to one another on Instagram. “All of a sudden … everybody’s blowing up in the comments,” she said, joking that she was prepared to be a “Guido in training.” 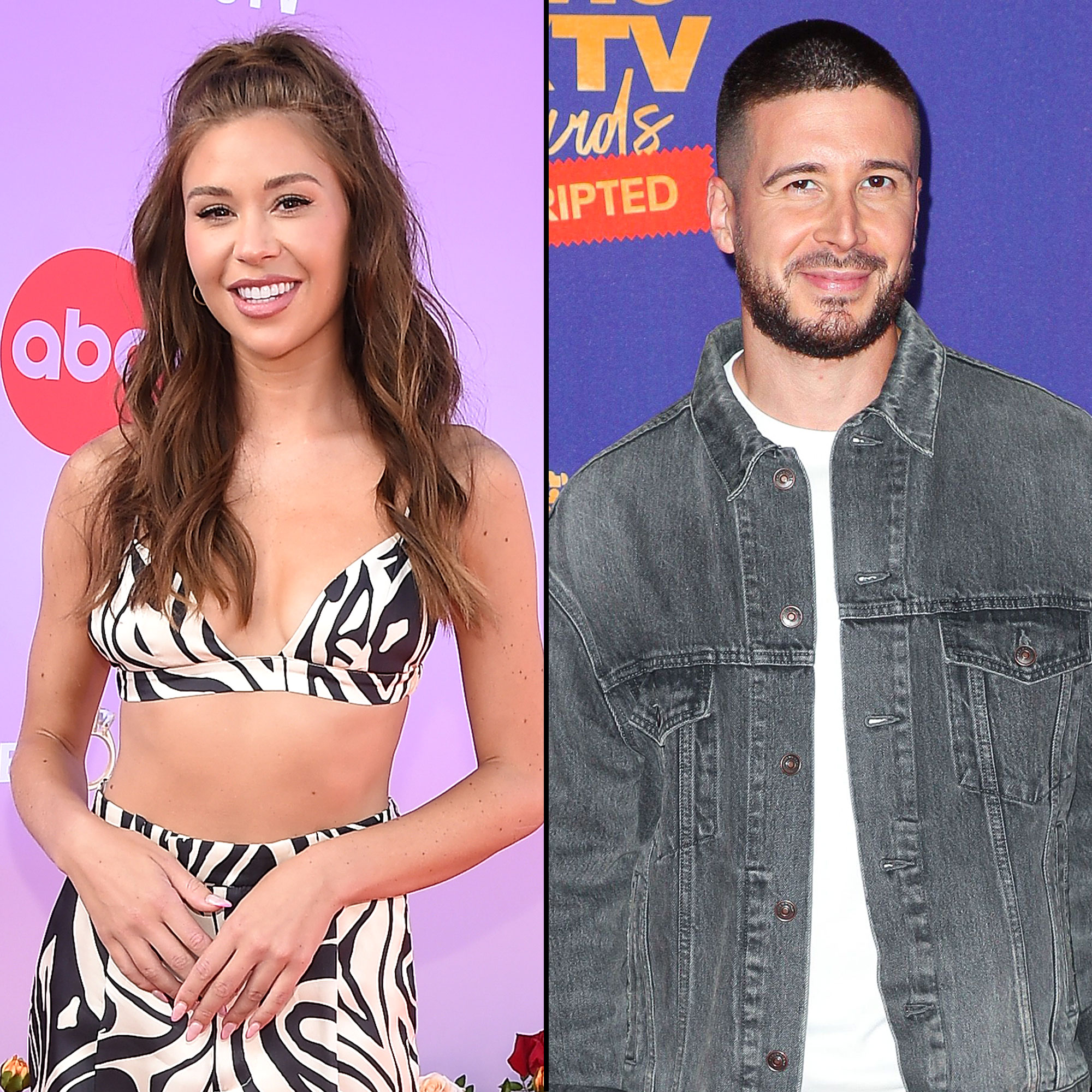 The reality star’s DWTS partner, Val Chmerkovskiy, also chimed in on the speculation. “It was an inside joke that got away,” he noted.

Fans began to wonder whether a romance was brewing between the former cheerleader and the MTV star, both of whom were cast on season 31 of DWTS, after Windey celebrated securing a place in the finale. “I’m filled with so many different emotions – excitement, fear, gratitude, and mourning that this experience will soon end,” she gushed via Instagram on Tuesday, November 15, one day after performing in the semifinals. “Thank you to everyone who has continued to support us and I hope to make you proud next week!!”

The same day, the New York native uploaded an Instagram photo captioned, “Stop looking for the one…be the one, and let them all come to you.” The ABC star teased in the comments: “Omw.”

Windey’s exchange with Guadagnino caught fans’ attention — especially in the wake of her split from fiancé Erich Schwer. The pair got engaged during the season 19 finale of The Bachelorette, which aired in September. While Schwer, 29, showed his support for the ICU nurse during early DWTS rehearsals, the twosome confirmed earlier this month that they called it quits.

“The end of our relationship happened because we weren’t completely in step and in sync with each other in our common goals or just the way we approach life,” the Bachelor alum explained during the Monday, November 14, episode of the ballroom dance competition, adding that she and the New Jersey native “weren’t each other’s best match.”

Schwer later broke his silence on their split in a lengthy social media message. “A lot of you are reaching out with questions about me and Gabby. The reality is that we ultimately were not each other’s people — it’s hard when there isn’t one thing to put your finger on,” he wrote on Tuesday. “We met in a very unique situation and in a very unique way and I’m grateful we did. I would never take it back.”

He continued: “Gabby is an amazing person and she is doing amazing things. I will always root for her and I hope she gives them hell in the DWTS finale. … I am hoping to take this time with my family and loved ones and focus on myself. I have been working hard these past few months and I’m excited to share with y’all eventually.”