Five young kittens got through a frigid Canada night thanks to a sweet stray dog, as well as the humans who brought the whole crew to safety.

Pet and Wildlife Rescue, a nonprofit that operates the municipal animal shelter in Chatham-Kent, Ontario, posted photos on Nov. 16 showing the dog, now named Serenity, alongside the five black kittens. 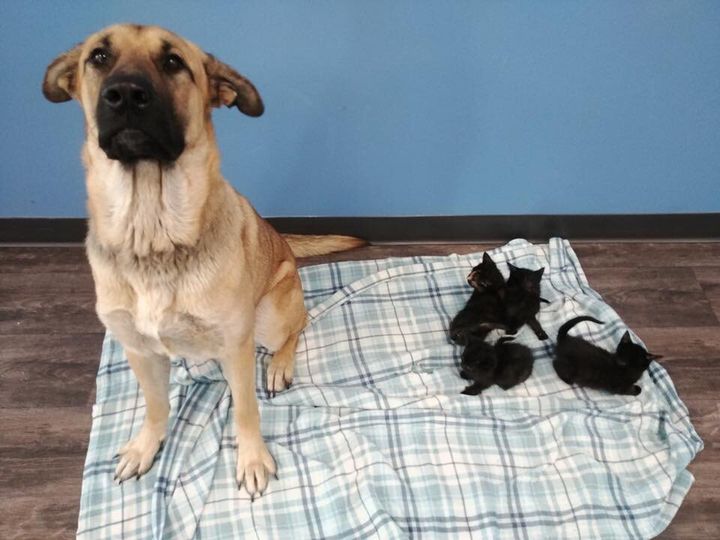 “Our stray sweetheart is keeping her ‘babies’ safe at the shelter tonight!” the now-viral post reads.

A “good citizen” had spotted Serenity with her body wrapped around the kittens on the side of the road and contacted PAWR, according to social media posts from the group. An animal control officer then went out to retrieve the huddled group and bring them to the shelter.

“It had been a very cold night so these kittens would have had a very hard time surviving,” a shelter spokesperson told The Dodo﻿. It’s not clear if Serenity and the kittens knew each other before the night they were found, but at the shelter, the dog continued to visit her kitten friends as they got treatments for fleas and parasites. 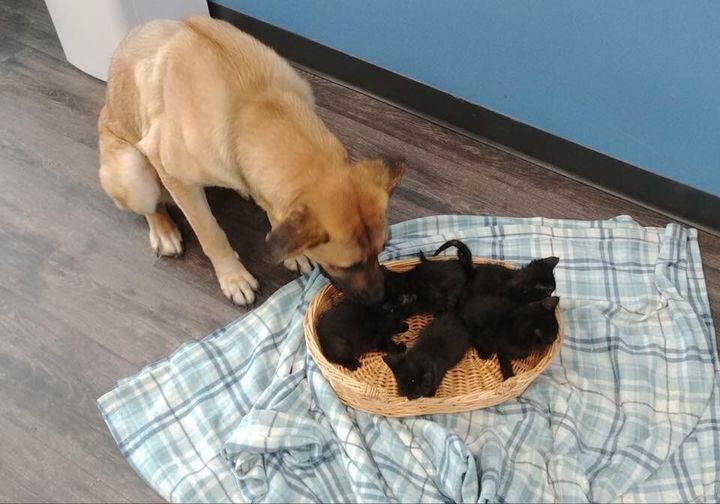 Now, the kittens are in the care of a foster family until they’re old enough to go up for adoption. Serenity will be up for adoption after she’s spayed on Dec. 3.

An Instagram post ― purportedly written by Serenity ― describes her as a young, high-energy dog who would do best in a house without small children, needs help with house training and “manners,” and gets along with some dogs, but not others.

“I’m obviously great with cats and would have no problem going to a home that has cats in it🐱,” the post says.

The post also states that while shelter staff know they may get some backlash for not adopting Serenity out with the kittens, the reason is because the kittens will not be old enough for adoption for a couple of months.

“It is always the staff’s goal to get dogs out of the shelter environment and into their forever homes as soon as possible,” the post says. “At the end of the day I am just happy that the kittens were found with me and are now resting peacefully in a warm foster home instead of outside in the cold.”