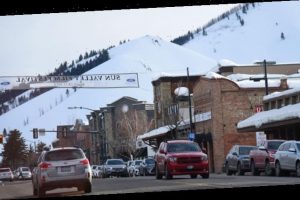 The Sun Valley Film Festival and Ford, a three-time partner of the five-day event, have announced the Ford Pitch Fest, a new initiative where producers will have a chance to pitch their project to receive a $25,000 producers grant.

Three finalists will be selected to receive a one-on-one mentoring session with an expert pitch coach, a filmmaker pass to the festival, networking opportunities, a roundtrip flight from Los Angeles and two nights of lodging with the opportunity to pitch their project to a panel of producers in front of an audience during the festival. Hosted by Will McCormack, this year’s panelists include Effie T. Brown (“Dear White People”), Jim Burke (“Green Book”), Heather Rae (“Bull and Frozen River”), and Lionsgate vice chairman Michael Burns. Submissions are currently being accepted from producers with a project in development. Applicants can submit through Film Freeway and Submittable. Those interested can browse the submissions requirements and deadlines via the festival website.

Of their ongoing partnership, Ford’s head of Global Branded Entertainment Al Uzielli said in a statement: “We are excited to continue our support of the Sun Valley Film Festival for the third year. Our partnership with the entertainment industry dates back to the Model T and aligns perfectly with the festival’s support and nurturing of up and coming filmmakers. Similarly, Ford has had strong ties to the Sun Valley community dating back to its earliest days as a ski resort. We are certain that Ford Pitch Fest will become another of the festival’s must-attend events and that it will engage a new generation of talented and creative producers.”

Additionally, Ford will also host a themed street party as part of the festival entitled “Main St. Salutes a Legend” in celebration of the return of the Legendary Bronco. Along with a series of vintage Broncos from each decade, the festivity will also feature a costume competition.

A Screenwriters Lab, presented in partnership with Variety, will also be hosted by the festival as well as other various events such as Coffee Talks, Salon Talks, the Film Lab, Wild to Inspire competitions, and mentoring opportunities for attending filmmakers.

The tributes are pouring in for Benjamin Keough, the late son of Lisa Marie Presley and Danny Keough, and grandson of rock legend Elvis Presley. As we’ve been reporting […]

END_OF_DOCUMENT_TOKEN_TO_BE_REPLACED

END_OF_DOCUMENT_TOKEN_TO_BE_REPLACED
We and our partners use cookies on this site to improve our service, perform analytics, personalize advertising, measure advertising performance, and remember website preferences.Ok