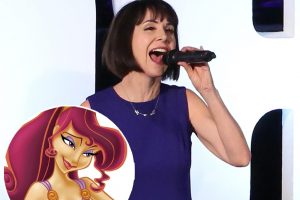 "I should make a full recovery, but like Justin Bieber (good company!), who announced a similar condition, I'm unable to perform at this time."

Tony-nominated Broadway star Susan Egan is opening up about her health.

On Thursday, Egan — who is known for originating the role of Belle in Broadway’s “Beauty and the Beast” and voicing the role of Megara in Disney’s animated “Hercules” movie — revealed on social media that she has been diagnosed with Bell’s palsy. 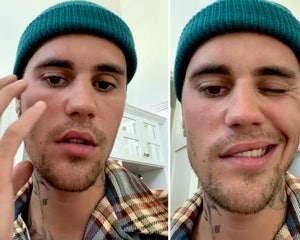 “Hi friends. So, this past week I was diagnosed with Bell’s Palsy (cute right? Belle!) – a temporary condition which paralyzes one side of the face,” the 52-year-old wrote. “I’m told it’s triggered by a virus, and it seems we have one of those lurking about.”

According to Mayo Clinic, Bell’s palsy, which is also known as acute peripheral facial palsy, “is a condition that causes sudden weakness in the muscles on one side of the face,” and the weakness “makes half of the face appear to droop.”

While the official cause of the condition is unknown, it’s possibly due to a reaction from a viral infection. Per Mayo Clinic, the facial weakness caused by Bell’s palsy is “temporary and improves over weeks” for most, and one usually recovers “in about six months.”

In her post, Egan added, “I should make a full recovery, but like Justin Bieber (good company!), who announced a similar condition, I’m unable to perform at this time, and thus will not be on tour with Disney Princess — The Concert this fall.”

The actress’ reference to Justin Bieber is due to the singer’s Ramsay Hunt syndrome diagnosis. The condition — which, per Mayo Clinic, “occurs when shingles outbreak affects the facial nerve near one of your ears” — left half of Bieber’s face paralyzed.

While Egan said she won’t be on stage for the Disney Princess: The Concert this fall, the mom of two shared that she’ll still be “working daily behind the scenes.”

“I will of course continue in my role as executive producer, alongside my amazing partners, working daily behind the scenes to bring you an absolutely incredible production! As a producer, I’m thrilled to announce that performing in my stead, we have TWO incredible Belles!,” Egan continued in her post, revealing that actress’ Anneliese van der Pol and Sarah Uriarte Berry will be performing in her stead. She praised the two women as well as other members of the cast and crew.

Disney Concerts also took to Instagram to announce the news.

“This past week our dear friend, Disney Princess Concert cast member and executive producer, @iamsusanegan was diagnosed with Bell’s Palsy. While Susan is well on her way to a full recovery, she is unable to perform at this time and so @anneliesevanderpol and @iamsarahuriarteberry will be stepping into the tour earlier than originally scheduled. Susan will be continuing her daily producing work behind the scenes to bring our guests an incredible production. We can’t wait to see all of you this fall!”

Disney Princess: The Concert Tour kicks off on October 20.