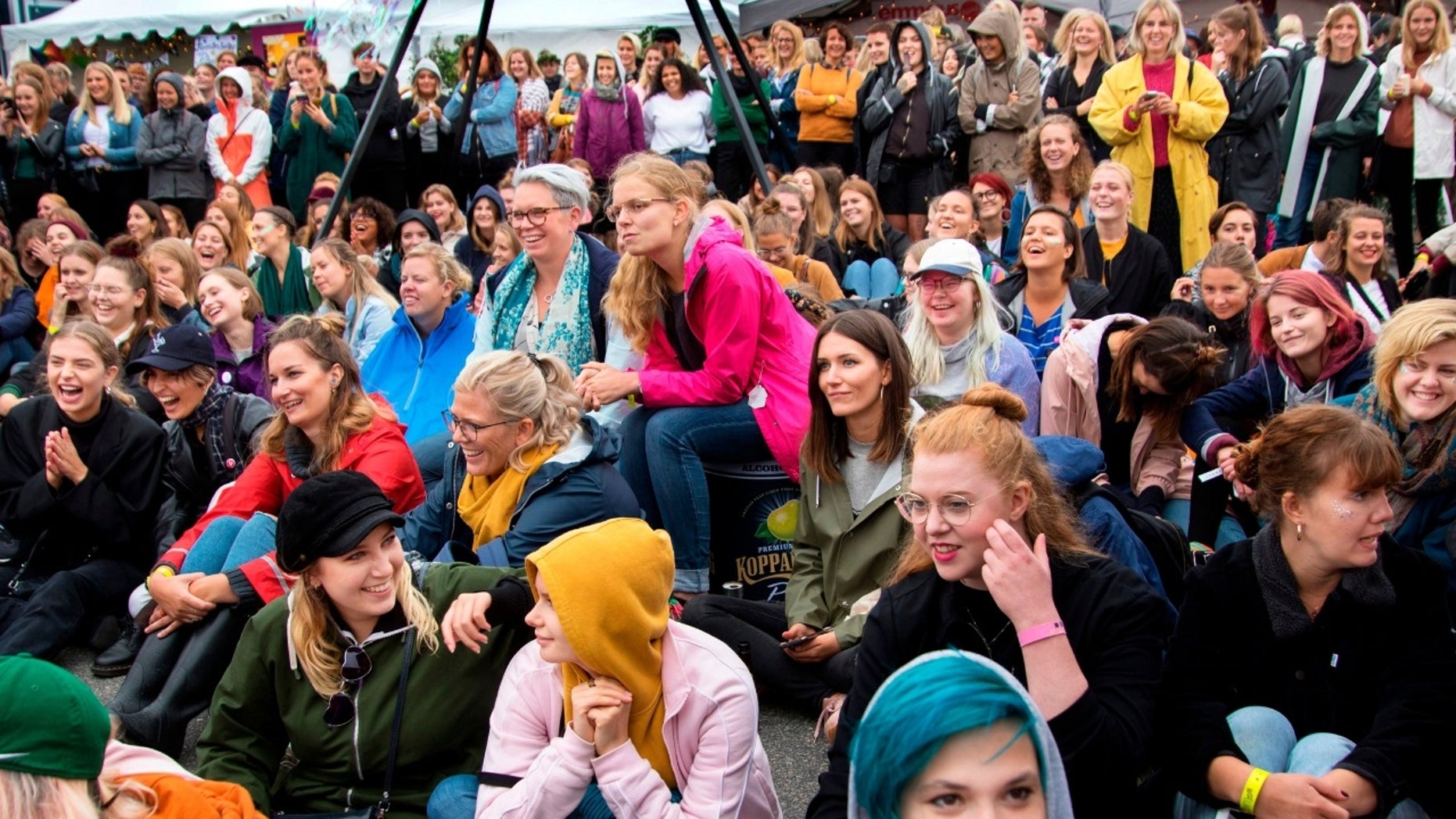 People gathered at the Statement Festival in Gothenburg, Sweden, on Aug. 31, 2018.
(Getty Images)

The Statement Festival, a women-only musical event in Sweden, was found to be at fault in regard to gender discrimination by the country’s Discrimination Ombudsman [DO].

The DO ruled the festival, which was billed as a “male-free” event and the “world’s first major music festival for women, non-binary and transgender only,” had “breached the country’s anti-discrimination laws,” the BBC reported.

“It is important to point out what an infringement is. These [infringements relate to] statements made before the festival, that they wrote on their website. Still, we haven’t been able to prove that someone would have been discriminated against in connection with the implementation or that someone would have been rejected,” Class Lundstedt, the DO’s press officer, said in a statement.

The DO said they would not impose any financial penalties because "no differentiation based on sex was made between visitors at entry" despite the event being billed as male-free. The first Statement Festival was held in August 2017 in Gothenburg, Sweden, Billboard reported. The DO launched an investigation into the event in July 2018.

The organizers of the event posted a statement on Facebook saying they were aware of the ruling but were too busy “changing the world” to comment.

“It’s sad that what 5,000 women, non-binaries and transgender experienced as a life-changing festival made a few cis [cisgender] men lose it completely," the event’s organizers said in the statement, per a translation in The Guardian. "The success of the Statement festival shows that is exactly what we need and the DO’s verdict doesn’t change this fact."

Emma Knyckare, a comedian, created the festival for women who have been harassed and assaulted at other musical events. Bravalla, the country’s largest music festival, was canceled in 2018 following a number of sexual assaults at the event the year before.