MUMBAI (Reuters) – As the celebrations from what many in India are calling the wedding of the year wind down, all eyes are now turning to the multi-million dollar mansion that Isha Ambani, the daughter of India’s richest man will move into with husband, Anand Piramal. 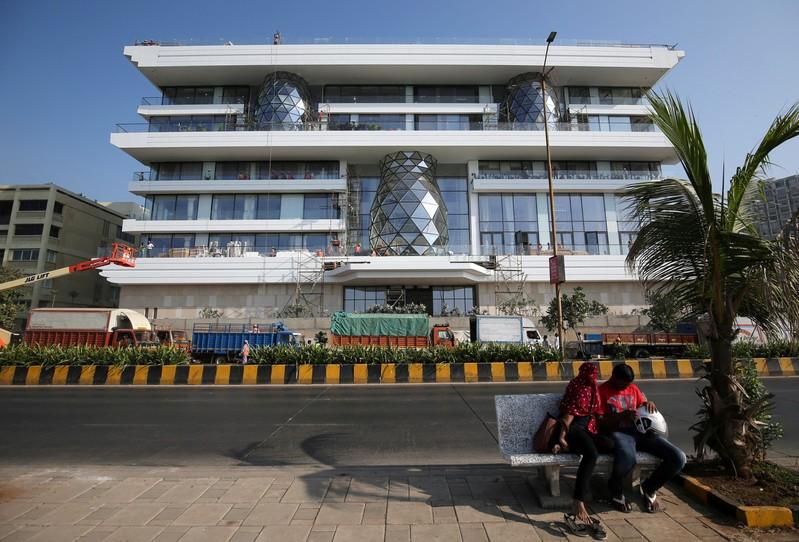 The 50,000 square-foot mansion, which stands in the swanky locality of Worli in South Mumbai and has sweeping views of the Arabian Sea and the Sea-Link bridge is still a step down for the bride, given her father’s home is more than eight times that size.

Isha’s father is Mukesh Ambani, a telecom and petroleum magnate whose net worth is pegged at $43 billion, and whose 27-floor, 400,000 square foot Tetris-tower-like residence is a prominent structure on the Mumbai skyline.

It was in that house that Isha got married to Anand Piramal on Wednesday, the culmination of week-long celebrations that included a private concert by U.S. singer Beyonce.

The wedding was described by some as a mini-Davos summit, as it was attended by two former U.S. secretaries of state, Hillary Clinton and John Kerry, along with Saudi Oil Minister Khalid Al-Falih, private equity doyens Stephen Schwarzman and Henry Kravis, CPPIB CEO Mark Machin, and WPP Founder Martin Sorrell, along with dozens of Bollywood celebrities.

After the wedding, Indian media reported that, Isha, 27 and Anand, 33, would move into Gulita, a 50,000 square foot mansion that the groom’s parents gave them as a wedding present.

The Piramals, who have interests in real estate and pharma, bought the property, previously owned by Hindustan Unilver, at a reported price of $62 million in 2012.

Marked by a stunning glass facade and three glazed steel structures, Gulita has seen hectic remodeling work in the months leading up to the wedding.

The largest of the steel structures is 11 meters tall and it was constructed using 3D modeling tools, according to Eckersley OCallaghan, a London-based architecture firm which handled the project.

The Mumbai Mirror newspaper reported that the house has three basements, multiple dining rooms and an outdoor pool.

Many in India, where tens of millions live in dire poverty, have followed the wedding, for its dazzling display of wealth and influence.