The national governing body for swimming in England has apologised for a section on its website advising women how to chose the right swimwear to cover a ‘jiggly belly’.

UCL PhD student Simone Webb noticed ‘a guide to choosing swimwear for women’ on the Swim England website while looking for advice on getting back into the sport, and expected to find helpful information on what materials to choose.

Instead, she found advice on boosting cleavage, hiding a ‘flabby tummy’ and covering up a pear shape.

She published extracts of the advice from the page, which has now been taken down, on Twitter, in which women were advised to avoid bikinis if they have a ‘flabby stomach’ and to look for push-up cups to enhance cleaveage.

For plus size women the piece advised that they should ‘look for swimsuits in darker colours’ as they will have ‘an overall minimising effect’.

Swim England has since responded by taking the webpage down, using the fact it was first published in 2010 as a defence.

‘This is an old web page that does not represent the views of Swim England and the content has now been removed,’ the organisation told Simone. ‘We apologise for any offence caused and hope this doesn’t put you off swimming.’ 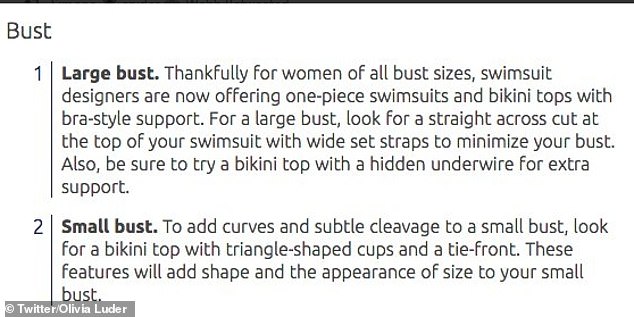 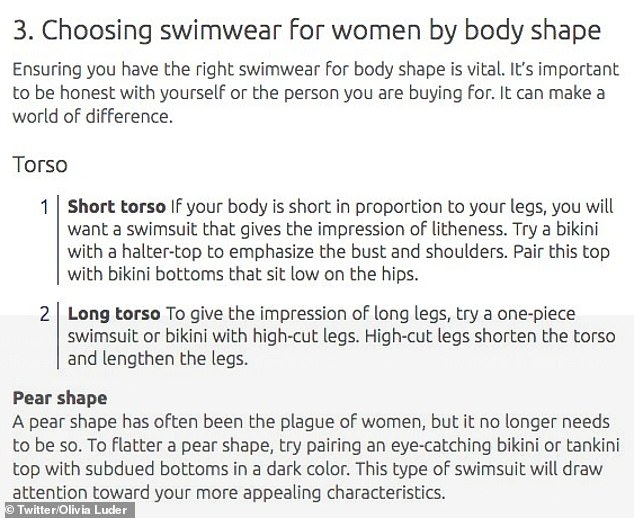 The article, which was first published on the Swim England website in 2010, described being pear shape as ‘the plague of women’ 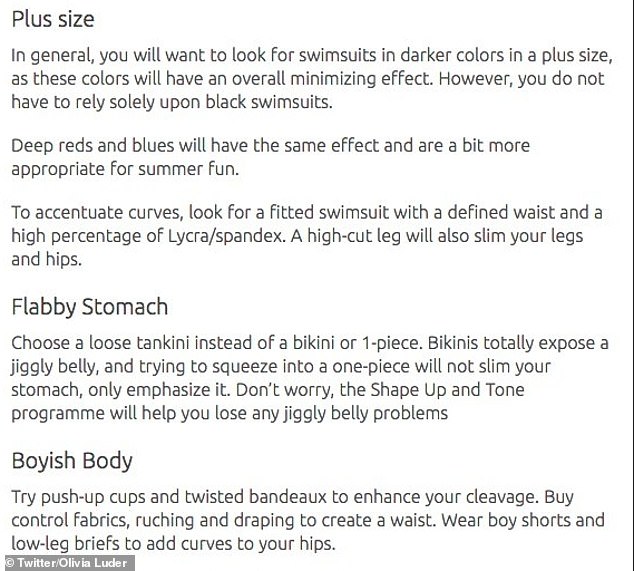 Plus size women were advised to wear dark colours to minimise their bodies, while those with athletic figures were told they should try to create the illusion of curves

‘I feel like I’ve become pretty jaded and seen-it-all regarding sexism, but this has genuinely shocked me,’ Simone said of the advice.

‘Swim England apparently think that a “boyish body” needs to be feminized, that fat women must minimize their bodies, that women wanting to take up swimming should be concerned with their bodily appearance rather than the enjoyment of their sport.’

The offending article told readers that ‘a pear shape has often been the plague of women’ and advises wearing ‘an eye-catching bikini or tankini top with subdued bottoms in a dark colour’ to balance out the figure.

‘This type of swimsuit will draw attention toward your more appealing features,’ the article read. 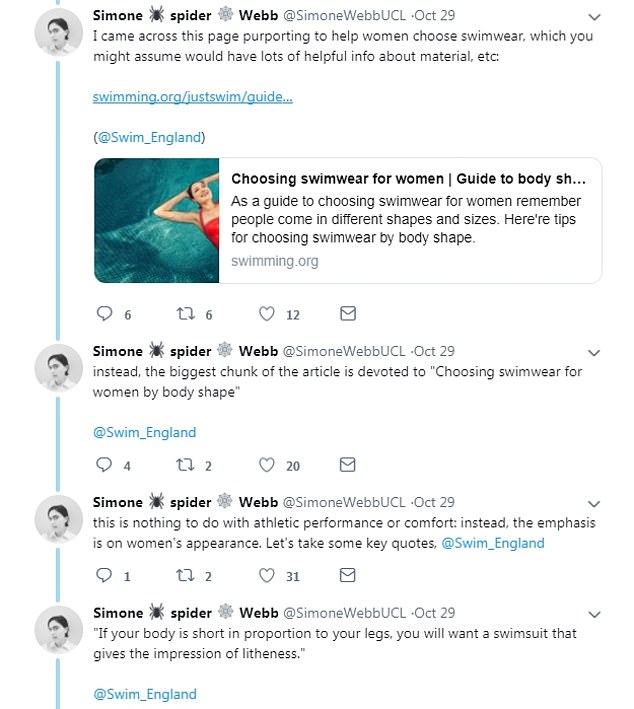 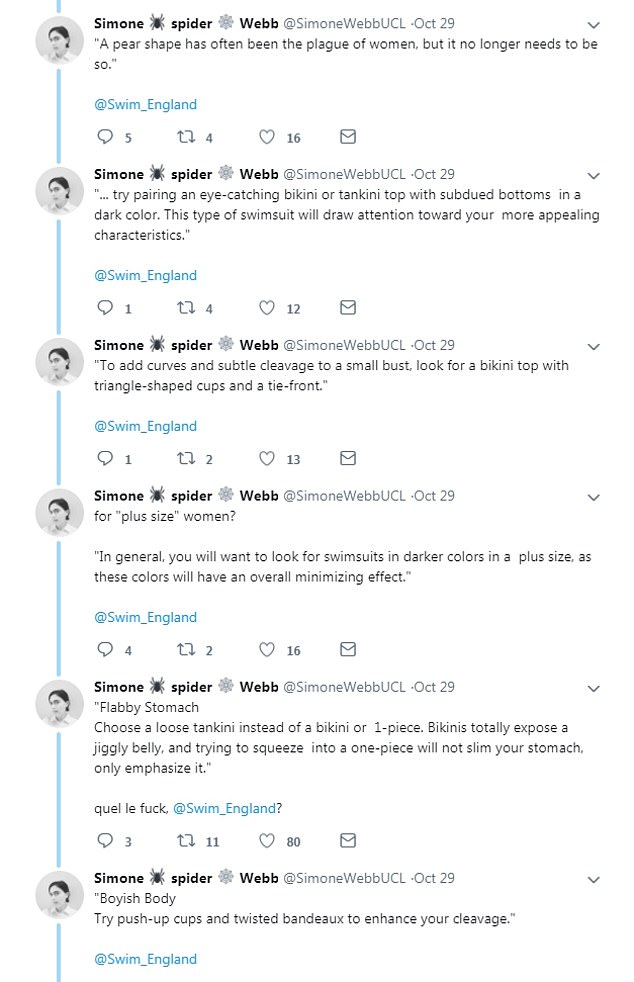 Simone was left shocked by the sexist advice on the Swim England website, which focused on telling women how to minimise their supposed flaws

It also contained advice on disguising a ‘flabby stomach’, warning female swimmers: ‘Choose a loose tankini instead of a bikini or one-piece.

‘Bikinis totally expose a jiggly belly, and trying to squeeze into a one-piece will not slim your stomach, only emphasise it.’

For those with slimmer figures, it advised ‘ boy shorts and low leg briefs’ to add curves.

‘Try push-up cups and twisted bandeaux to enhance your cleavage,’ it read.

The piece also told women it’s important to be ‘totally honest with yourself’ when choosing swimwear to suit your body shape.

A Swim England spokesperson told The Guardian: ‘This was an old web page from 2010 that does not represent the views of Swim England. As soon as it was brought to our attention we removed the page and are in the process of replacing it with more appropriate information.

‘Swimming is one of the most accessible activities for people of all ages and abilities. We want everyone to feel comfortable in the water and apologise for any offence this old information may have caused.’