Her body has never been found and no one was charged with her murder despite suspects that include a police informant and a major developer connected to the Liberal party.

Now, barely a kilometre from where Nielsen was last seen on July 4, 1975, the spotlight has returned to the perennial Sydney mystery with a new “non-linear” film. 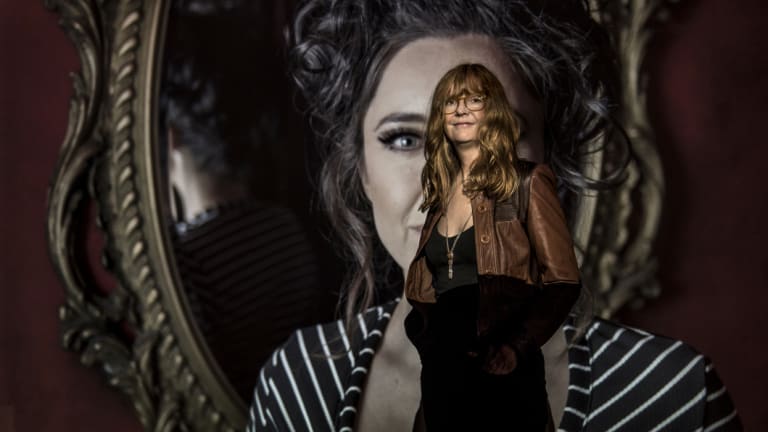 Artist and filmmaker Zanny Begg’s The Beehive is a combination of clips that are randomised on each viewing to create more than 2,500 possible variations of the story, each 22 to 30 minutes long.

They include interviews with activists and people who knew Nielsen, including her former partner David Farrell, as well as versions of the activist played by 12 different actors.

Each randomisation reveals more of Nielsen – as fashion style icon, journalist and an instrumental figure in the campaign to save Victoria Street’s historic terraces from demolition.

Begg's interest in gentrification and urban change drew her to Nielsen's story. "She was this pioneering campaigner for low cost housing in the inner city," she says. "I personally have been impacted by that – I used to live in Redfern, now I live in Wollongong."

‘The Beehive’ refers to Nielsen’s signature hairdo, a wig she never left home without. But Begg says the beehive is also a metaphor for architecture, density and community – three themes the film examines.

While Begg’s hypothesis for who killed Nielsen becomes evident with repeat viewing, she says the film's focus is on the woman rather than her killers and the “whodunnit”.

“There is that absolutely aching question mark that hangs over what happened to her and I think we’re sort of stuck at that level,” Begg says.

“The more important question for me is why they got away with it. Juanita Nielsen was a very well-connected wealthy woman and yet she disappeared without a trace.”

While Nielsen’s disappearance has captured Sydney's imagination for decades, Begg says telling her story now is particularly timely as enough people are alive to share who she was but all key suspects have died.

“It’s been really hard for people to tell this story because of the level of threats and intimidation to keep it quiet.

“We like to think of Sydney as beautiful harbour views, but sitting under that picturesque amazing blue ocean and blue sky is this quite extreme level of violence.” 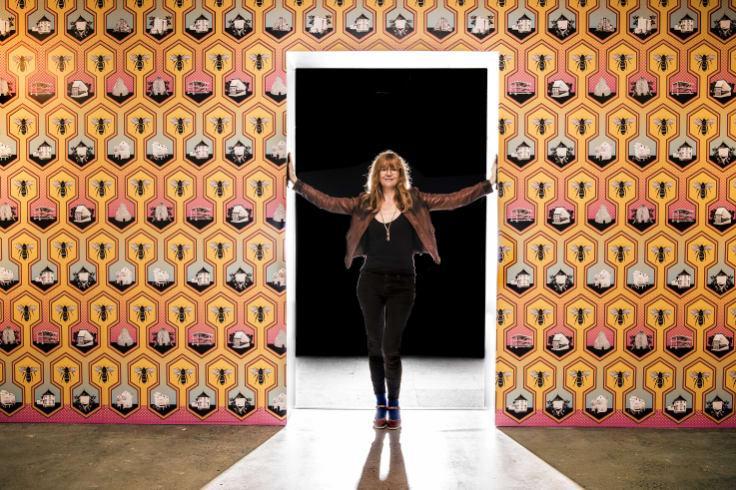 “There were gangs of thugs hired by developers walking around with baseball bats smashing windows, dragging out tenants. They’d smash their kitchen and toilets, so that the houses would be unliveable and they wouldn’t be able to return.”

Other residents suffered similar fates to Nielsen: Esther Blaskhaus was murdered through an arson attack on her property and activist Arthur King was kidnapped and locked in the boot of a car for three days.

“It’s a story of who we are,” Begg says. “There’s something very emotional in how we think about cities. They’re not just a collection of buildings, they’re a collection of memories and experiences.”

Through reviving memories of Kings Cross from this period, Begg says she is seeking to “hold a mirror up to Sydney at a really pertinent time”.

The selling of Miller’s Point, the Sirius building and the gentrification of Potts Point show how “wealth has centralised in the centre and disadvantage has been forced to the margins”, Begg says.

“The issues Juanita fought for haven’t gone away. They’ve returned with exactly the same vigour that they had back in the '70s. And really, it’s around things like: ‘Do poor people deserve harbour views?’

“It’s not enough to save the buildings – we need to think about the communities and the people in those buildings. Sydney is among the top five least affordable cities in the world. What has happened to this city, and what does her death tell us about that story?”

‘The Beehive’ is at UNSW Galleries for Sydney Festival from January 5 until February 23 2019.