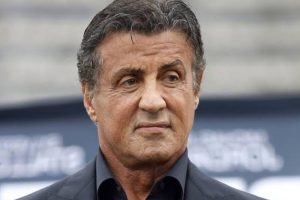 According to Forbes, A Los Angeles estate that has housed two Hollywood heavyweights is on the market for $35 million. Located in the affluent Pacific Palisades neighborhood north of Santa Monica, the estate once belonged to the late TV writer and producer Steven Bochco, who developed a number of TV series, including Hill Street Blues, L.A. Law, Doogie Howser, M.D., Cop Rock, and NYPD Blue. The elegant Paul Williams-designed residence also housed legendary actor Sylvester Stallone, a.k.a. Rocky Balboa.

As Williams’ reputation grew, so, too, did his client list. Between the 1920s and his retirement in 1973, Williams designed more than 2,000 private homes for legendary figures in business and entertainment.

The Steven Bochco Estate in the Pacific Palisades’ upscale Riviera neighborhood is set on a double lot with nearly 1.4 acres, according to TopTenRealEstateDeals.com. It is one of the area’s larger homes with seven bedrooms and 10,853 square feet, built in 1937 with several of the best Paul Williams features, including beautiful landscapes, vaulted ceilings and an exquisite curved staircase.

According to Robb Report, The sprawling main house includes a chef’s kitchen, a library with built-in shelving, a formal living room, a family room with a projector screen, an expansive wine room and a private guest wing. The primary bedroom comes with gorgeous vaulted ceilings, dual bathrooms and walk-in closets. Hardwood flooring and vintage fireplaces add character to the home and make the large, high-ceilinged rooms feel more intimate. Each room also features expansive windows and tall doors that ensure an abundance of natural light.

Outside, meanwhile, you’ll find a pool, a spa, a cabana, a guest house and a tennis court. For privacy, the property is gated and surrounded by stately masonry. When you’re ready to venture off the grounds, you can hike the trails at the nearby Temescal Gate Park, take a swim at Will Rogers State Beach or tour the landmarked Eames House that iconic design duo Charles and Ray Eames built in 1949.