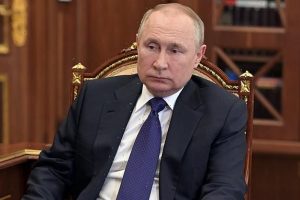 Putin is not a man who like compromise but talk of a diplomatic solution between Russia and Ukraine is in the air, writes MARK GALEOTTI, so how will a deal to end the bloodshed look?

Vladimir Putin is not a man who likes to compromise. Yet less than three weeks since the Russian president began his brutal assault on Ukraine, talk of a diplomatic solution hovers in the air.

As one Ukrainian negotiator put it on Sunday: ‘Russia is already beginning to talk constructively’.

Nor is this the first example of unexpectedly shifting sands in this evolving conflict: eight days ago, the Kremlin announced they were ready to halt military operations ‘in a moment’ if Kyiv met a list of conditions. Such language represented a dramatic departure from Putin’s initial all-conquering bombast.

The scale of the Kremlin’s embarrassment at its signal failure to humble Ukraine has been underlined by reports over the weekend that Sergey Beseda, head of the foreign service at the FSB – successor to the KGB and the agency that Putin ran before he became president – has been placed under house arrest. 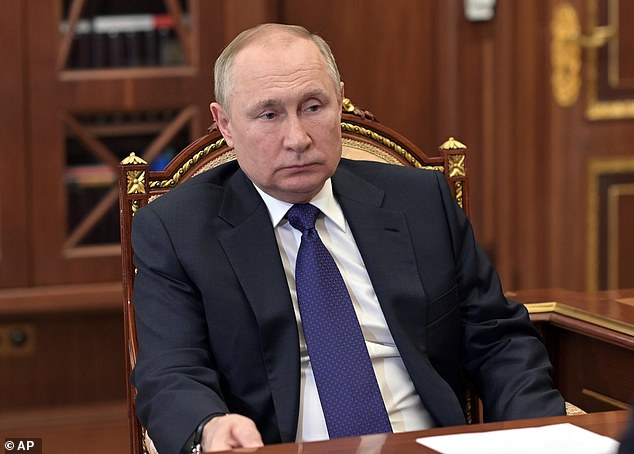 Vladimir Putin is not a man who likes to compromise. Yet less than three weeks since the Russian president began his brutal assault on Ukraine, talk of a diplomatic solution hovers in the air

Given his status as a key figure in shaping Russian policy on Ukraine, if Beseda has indeed been incarcerated, it suggests Putin is already looking for a scapegoat for the lack of a clear victory so far – the hallmark of a man having to confront the fact he has bitten off more than he can chew.

The good news is that if Russia is in the mood for compromise then there is plenty of scope for it, especially given Putin’s own marketing of his ‘special military operation’ – to protect ethnic Russians and stop a westernised Ukraine from being a threat to its former Soviet partners.

How might a peace deal look? The ‘red line’ issues from a Russian perspective are the retention of Crimea on Ukraine’s southern coast and the Donbas region in the east of the country – both of which Putin wants to hold on to fully and permanently – and an undertaking by Ukraine not to join Nato.

These in turn may be palatable concessions for President Zelensky, who – for all his public and heroic nationalism – is also a realist who has no desire to see further unnecessary bloodshed.

After all, the reality is that the ‘people’s republics’ of occupied Donbas are today thuggish states run by embezzlers and warlords. As such, they are no great loss to Ukraine.

Meanwhile, if Zelensky is given reassurances by the West that they will help boost his country’s defences, with the installation of an integrated air-defence system, for example, then I believe he may take the view that the security provided by Nato membership would be largely unnecessary, on the grounds that Ukraine could defend itself.

While Zelensky will be prepared to forgo membership of western Europe’s military alliance, however, he will be determined to press ahead with entry into its economic one: the EU.

The prospect of a loosening of sanctions in return may mollify Putin on this highly contentious point.

While such a settlement would fall far short of the full military victory Putin intended, it is something he could spin to his people by claiming he has ‘saved’ the Russians of eastern Ukraine from ‘genocide’.

A thin justification perhaps, in the light of his earlier proclamations, but a marketable one nonetheless – particularly if you have the state media on your side. 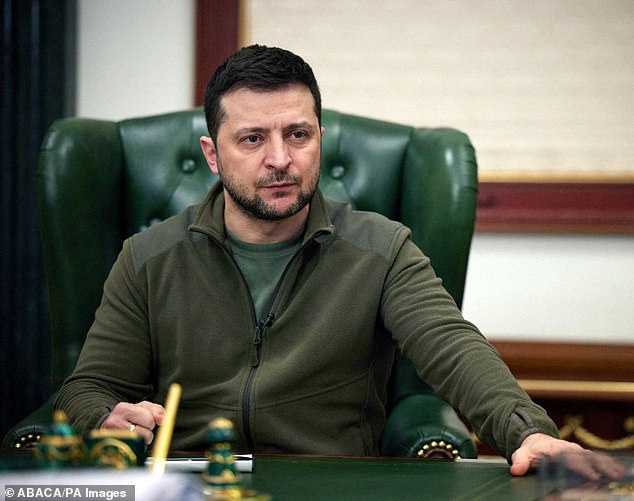 President Zelensky, who – for all his public and heroic nationalism – is also a realist who has no desire to see further unnecessary bloodshed

Bluntly, it also increasingly appears to be his best option.

The alternative is months or years spent stuck in a military quagmire, such as the one the Soviet Union experienced in Afghanistan.

Ongoing guerrilla warfare in a fragmented country effectively split in half by the Dnieper River, with rebel-held areas under Russian control in the east and Ukrainian resistance in the west, would not look like victory.

Alas, we cannot expect a swift resolution to hostilities. Putin, certainly, will want to be seen to have strengthened his hand rather more before he extends it in negotiation.

That means sadly further destruction, and more loss of life, before we see a real end to this terrible war.

Yet there is no question that Ukraine’s brave citizens have fought their way to the negotiating table – and for that we must salute them.