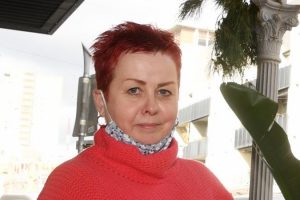 Residential towers could loom over the bar and retail precincts of Brunswick and Smith streets under proposed planning guidelines encouraging the development of “mid-rise” buildings that could reach as high as 14 storeys.

The City of Yarra will next week consider a plan designed to guide new residential and retail developments in the inner-city municipality, which has received hundreds of objections.

Residents and business owners say allowing more towers to be built on the heritage streets, mostly home to buildings below five storeys in height, would change their character forever.

Florist Gaylene Pearce, who has worked at Flowers Vasette for 20 of its more than 30 years on Brunswick Street, said she was strongly opposed to opening up more development on the street.

“I find this news devastating,” she said. “We think Fitzroy is already being destroyed; there have been dozens of large developments go up in recent years, bit by bit destroying what we think of as a unique area.”

Ms Pearce said the area was already high-density and that new developments had not brought increased business to the florist.

“We think that modern soulless buildings are stripping the soul of Fitzroy.”

“We think that modern soulless buildings are stripping the soul of Fitzroy for short-term gain for only a select few,” she said.

“Taller buildings take away the light … they ruin the streetscape. Parking in this area is already a nightmare. We don’t want to see a second Chapel Street.

“People come here because it’s unique, and there’s so much history here and character and soul. We don’t want that all stripped away.”

Yarra’s new planning scheme, which has been in the works for years, is designed to give certainty to developers and residents about the types and heights of developments that will be allowed in the largely heritage suburbs. 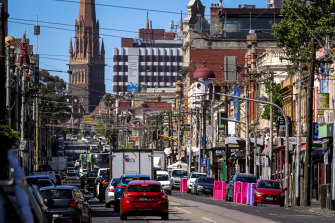 It says mid-rise development should be concentrated around major “activity centres” like Brunswick Street, to accommodate the growing numbers of people moving to the municipality.

But locals have raised concerns the lack of mandatory controls in the new scheme will lead developers to take advantage of council officers’ description of buildings being taller than “mid-rise” when they are more than 14 storeys.

Separate attempts by the City of Yarra to limit growth along Fitzroy and Collingwood’s major retail strips of Brunswick, Gertrude, Johnston and Smith streets to a “mid-rise” four to 10 storeys have stalled, having sat on Planning Minister Richard Wynne’s desk for almost two years.

Victoria’s planning guidelines state that mandatory height limits should be imposed only in exceptional circumstances.

The lack of binding height controls means the amendment to the planning scheme, known as C269, is the main policy framework that would guide development in the City of Yarra.

That document describes Yarra’s existing buildings as being predominantly low to mid-rise, with some taller buildings being above 14 storeys.

It is this detail that has locals worried.

“If you say 14 storeys, in the hands of a developer’s lawyer at VCAT, that becomes the mark they can go for as of right,” North Fitzroy resident Glen McCallum said.

A Yarra spokeswoman said the definition of “mid-rise” changed according to different streetscapes.

“What mid-rise looks like in an activity centre varies within each centre and across all of Yarra’s centres, as it takes everything into account from heritage significance to the way an activity centre interfaces with residential properties,” she said.

“This is an existential fight for the future of streets that define Melbourne.”

“The council’s housing strategy and their municipal planning strategy both refer to mid-rise as up to 14 storeys,” he said.

“With only a tiny amount of our heritage shopping strips protected by strict planning controls, this means every developer in town will be seeking 14 storeys.

“The likes of Brunswick Street would be destroyed and replaced by a Southbank-style wind tunnel of 14-storey unit developments. This is an existential fight for the future of streets that define Melbourne.”

“The likes of Brunswick Street would be destroyed and replaced by a Southbank-style wind tunnel of 14 storey unit developments.”

Ashlee Martin, a director of inner-north institution Alimentari, a deli-cafe on Brunswick Street and a restaurant on Smith Street, called the potential changes disappointing.

“The soul of Fitzroy and Collingwood has always been the beautiful townhouses and it always has a real community feel,” she said.

“I know that these types of living situations are what is wanted in the city because I know that that’s kind of what people can afford, where they want to live,” she said.

“But these projects are whipped up and there’s no respect to the suburb that it’s been built in. It puts a damper on what is so beautiful about the two suburbs.”

On Brunswick Street, council officers have recommended new guidelines to promote development of a “low to mid-rise character” south of Johnston Street to Gertrude Street, and a mid-rise character north of Leicester Street.

In Smith Street, they recommended buildings be taller on the northern end (north of Hotham and Kerr Streets) and the southern end (south of Mason Street).

Low to mid-rise development would be encouraged in the “traditional retail core” between Hotham and Kerr Streets in the north and Mason Street in the south.

More than 400 objections to the changes were lodged over concerns excessive new developments could strip away the character of the strips.

Council officers recommended the council refer the new planning strategy to a state government planning panel, given the controversial nature of the changes.

If the panel accepts the new guidelines, Mr Wynne would then be responsible for approving them.

Smith Street was recently voted as the world’s “coolest” street by 27,000 city residents from around the world in a Time Out poll, which recognised its diverse attractions from football pubs to wine bars, record stores, Vietnamese bakeries, gay bars and live music venues.