Taylor Swift's Grammy Evolution: A Look Back at Her Award Show Style 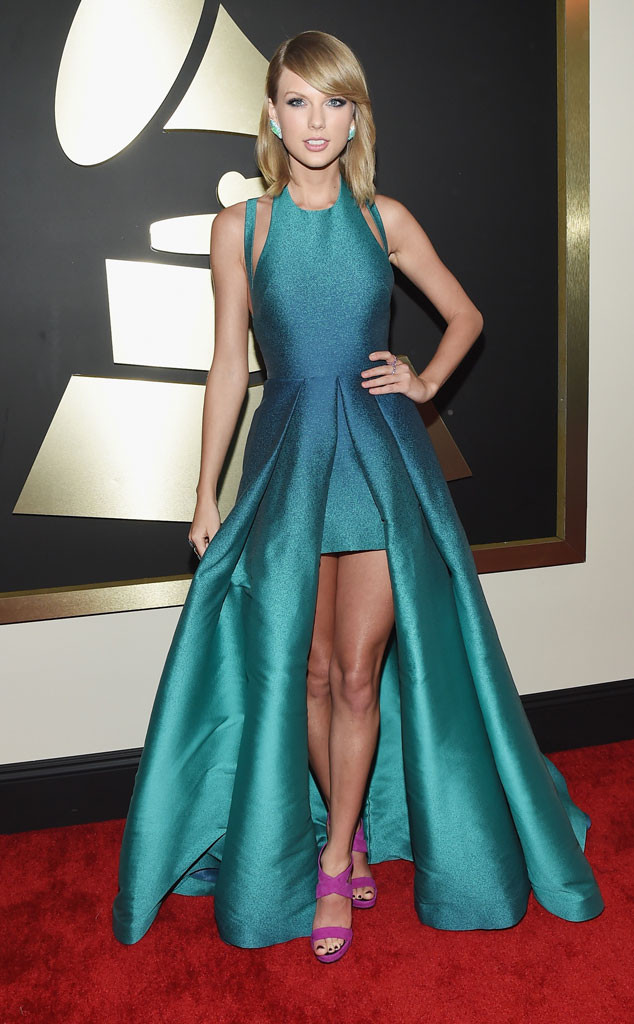 Can you believe the 2019 Grammys are this weekend?!

That’s right, in just a few days the world will watch as Alicia Keys takes the stage to host the annual music ceremony in Los Angeles. Among the artists nominated at the award show this year are Camila Cabello, Shawn Mendes and Taylor Swift. And, while the “End Game” singer’s record-selling album reputation received a nod from the Recording Academy, E! News has learned that she’ll be unable to attend Sunday’s ceremony due to her Cats filming schedule. T.Swift has been in London in recent weeks working on the highly-anticipated project.

So, while we won’t be seeing Swift in the audience at the ceremony, we still have her past Grammy appearances to look back on! 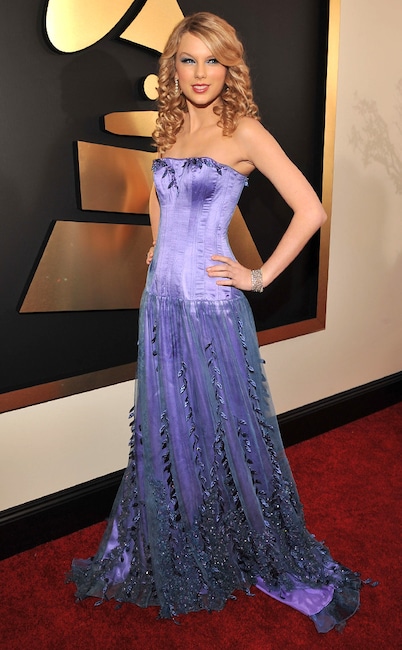 Taylor attends her first Grammys in this purple dress and signature curls. 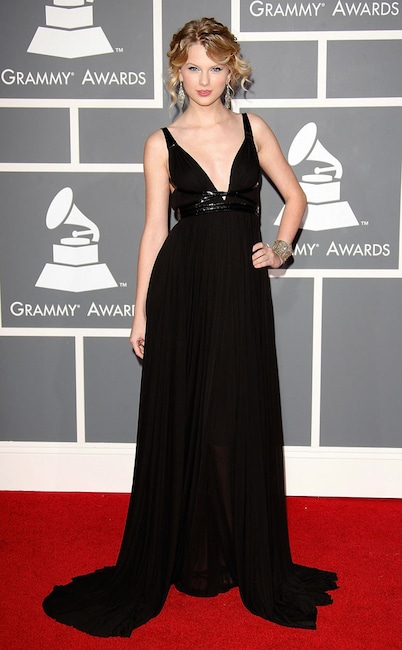 T.Swift pulled her hair back for an updo in 2009, paired with a long, flowing Kaufman Franco gown. 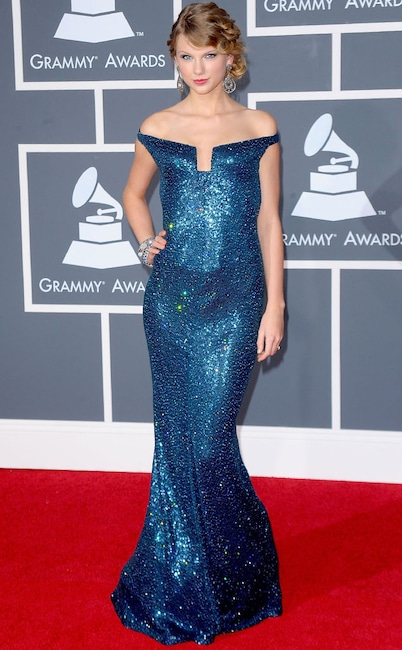 Taylor wore another stunning Kaufman Franco gown to the 2010 Grammys. Do you remember this sparkling, blue dress? 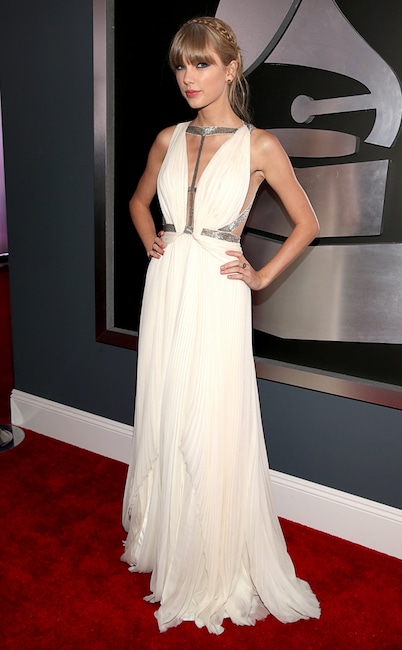 Swift rocked the red carpet in this J.Mendel dress, paired with her braid updo. 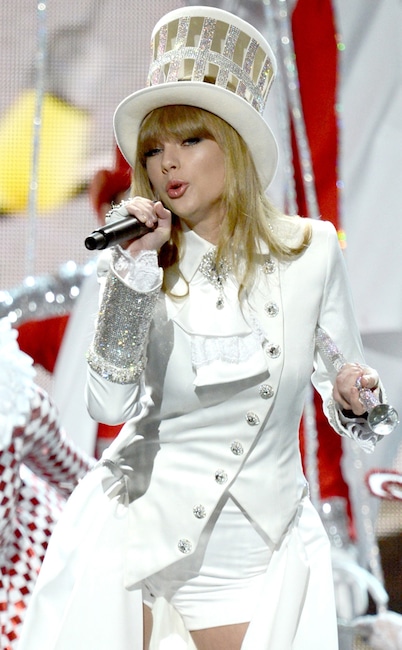 Swift later let her hair down during the show for her performance of “We Are Never Ever Getting Back Together.” 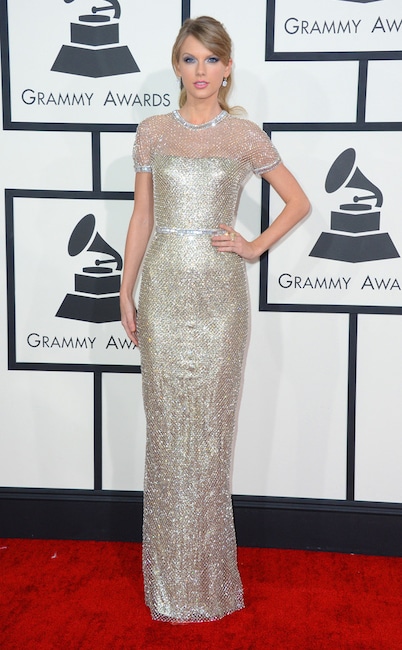 The next year, Swift returned to the show looking beautiful in this sparkling Gucci dress. 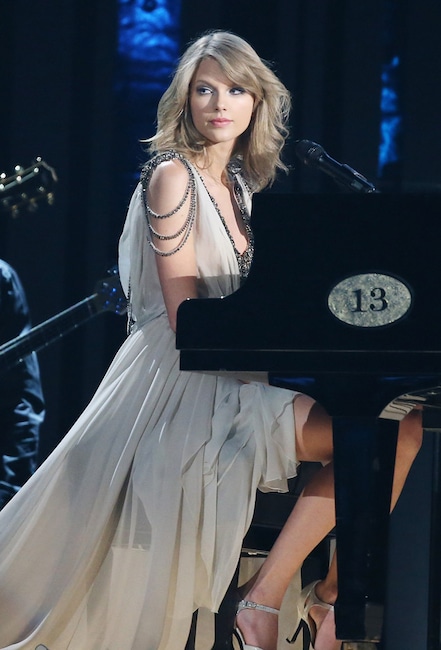 Swift then stunned in another gorgeous dress while performing her song “All Too Well” during the show. This performance took place just before Swift cut her hair. 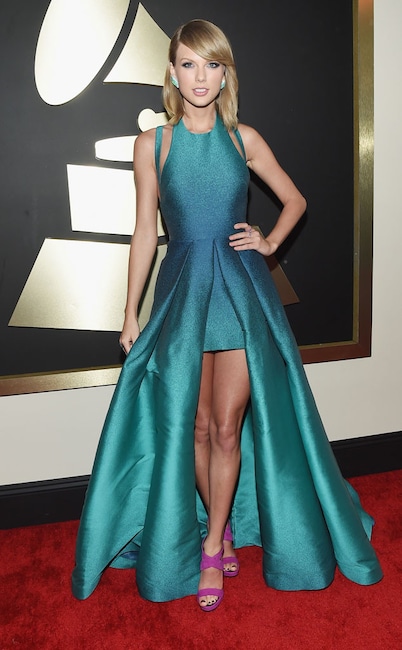 Swift turned heads as she hit the red carpet in 2015, rockin’ her shorter hair and a stunning Elie Saab dress. Love her pink shoes paired with the turquoise ombre dress! 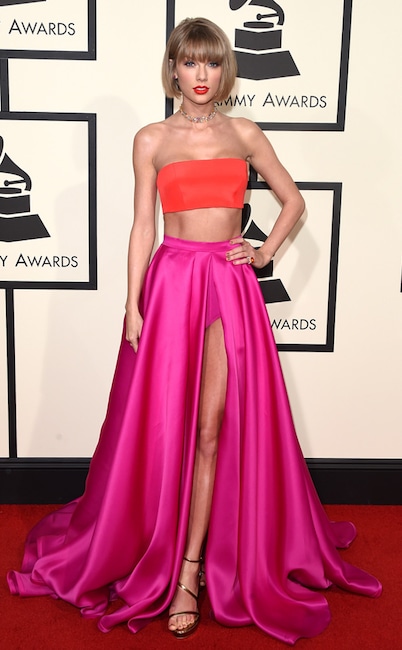 Swift turned up the heat on the red carpet with her 2016 Grammys look. The singer paired a bandeau with a high-waisted magenta maxi skirt.