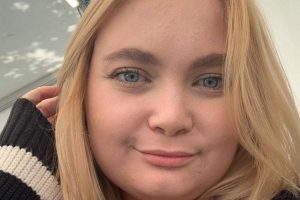 Jess Smith, who appeared at the very start and end of each episode of the iconic show, starred as the original Sun Baby on the show from 1997 to 2001.

Jess was incredibly young when she was cast in the role of a smiling, happy baby who wakes up the Teletubbies each morning.

Being so young, she admitted in an interview with the Daily Star that she can't remember a thing from filming.

"Unfortunately I don't remember anything from the original filming. I've been told I was placed in front of a mirror and was laughing at myself," she explained.

"I was put in a high chair, and my dad was playing with toy cars on the ground to make me look down. I think we were there for about half a day taking different shots and angles!"

Jess' casting was purely by chance, spotted by the show's producers when her mum took her into hospital to be weighed.

"My mum had taken me to the hospital to be weighed at a very young age. It was the same day a producer had been in touch with the hospital asking for names of smiley, cheerful babies," she said.

"I believe I took part in a mini audition before I was chosen!"

Now an adult, she hasn't pursued an acting career, instead opting to work in the security sector in Kent.

"I now work for a security company based in Medway, managing the administrative side of the process.

"I live in Whitstable and love being on the beach!"

She also told the newspaper her future plans include "travelling and seeing more parts of the world, before settling down and starting a family".

Despite her job being worlds away from television, she has previously been interviewed by Lorraine Kelly to mark the 20th anniversary of the show, which first aired in 1997.

Jess also recently appeared on Channel 4's reboot of The Big Breakfast, hosted by Mo Gilligan and AJ Odudu where celebrity guests had to guess who she was and what she was famous for.

She has also at times been stopped for an autograph and photos.

She said: "I don't necessarily get recognised, but once somebody has been told who I am, they can see the resemblance.

"I've been asked for photos and autographs over the years!"