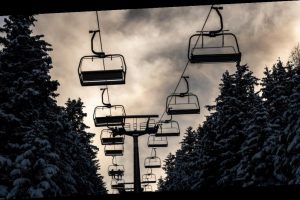 The 14-year-old girl spent two minutes hanging in the air as rescuers held a tarp underneath to break her fall.

A teenager was rescued at a ski resort in upstate New York after dangling off a chairlift for almost two minutes on Sunday.

In harrowing videos captured at Bristol Mountain in Canandaigua, the 14-year-old girl is seen grasping the bottom of the chair as rescuers hold a tarp underneath to break her fall. 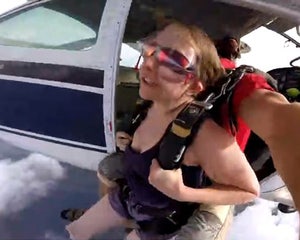 After slowly slipping from her jacket, the girl falls through the air and lands safely on the tarp as a crowd can be heard cheering and clapping.

“She was OK. She wasn’t injured. She was able to stand up and walk away,” witness Noah Wilson told “Good Morning America.” “There was a ton of relief.”

“I don’t know how she got into that particular situation yet,” said Fuller.

The incident comes almost two weeks after TV personality Rachel Zoe announced her nine-year-old son was in the ER after falling “40 feet from a ski lift.” The boy made a full recovery.

Watch the terrifying video, below. 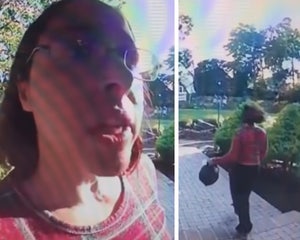