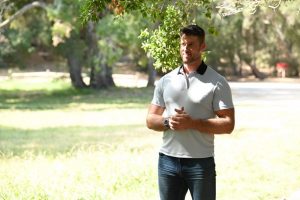 This season of The Bachelor with Clayton Echard seems as though the ladies competing for his heart are more passionate with each other than the passion they find with Clayton himself. This season’s women have bickered and argued most of the time with people like Shanae Ankney and Cassidy Timbrooks. Now, Bachelor super sleuth Reality Steve has new thoughts on how the season ends.

[Warning: This article contains spoilers from Clayton Echard’s season of The Bachelor.]

With a show that’s aired for 26 seasons, it’s no surprise that spoilers fly about The Bachelor’s final choice before the first episode even airs. However, this season of The Bachelor with Clayton has been different. While Reality Steve confirmed several spoilers about one-on-one dates and eliminations, he never speculated who received Clayton’s engagement ring.

So far, it appears Clayton has bonded with Rachel Recchia the most, but Susie Evans and Gabby Windey also seem to have strong bongs with him. Many fans believe Rachel ends up with the final rose of this season of The Bachelor, but that’s never been confirmed.

Previously, the reality blogger wrote, “The final 3 women (Susie Evans, Gabby Windey, and Rachel Recchia) all made it to Iceland for Overnights and Final Rose Ceremony. Since I don’t have the spoiler on that yet, I don’t want to speculate on how it shapes out.”

He kept to his promise and insists he still doesn’t have confirmation on who wins the season. However, after the latest episode on Feb. 21, 2022, he gave out some new information regarding Bachelor contestants Rachel, Gabby, and Susie.

Recently, Reality Steve reiterated that he never received confirmation on who wins this season. However, he did have a few updates. One of those updates includes his change of mind on whether or not The Bachelor star Clayton proposes in the finale.

In a new post, he said, “When Clayton was doing pre-season interviews, he said he’d “found love” this season. Obviously never said whether he was engaged or not, but once he said that, I assumed that meant he chose someone and, considering we’ve only had Juan Pablo, Colton, and Matt in the last 12 seasons or so not propose, I assumed he was engaged and I just needed to find out to who. That’s now changed. I don’t believe he ever got engaged at the end of this season.”

Reality Steve says Clayton Echard is not with Rachel Recchia

Despite no reliable sources reporting, many viewers believe Bachelor lead Clayton proposed and ended the season with Rachel. Now, Reality Steve is confident Clayton is no longer with frontrunner, Rachel.

“Over the weekend, there were 3 things I was told that I feel confident in reporting now:

2) Was told that he was NOT with Rachel

3) Was told that the there was no finality to the season in Iceland.”

However, the reality writer also explained that, while he knows those three things, he still doesn’t know how this season of The Bachelor with Clayton ends. It looks like audiences will have to keep watching to see how everything unfolds.

Catch new episodes of The Bachelor with Clayton Echard Monday nights on ABC.