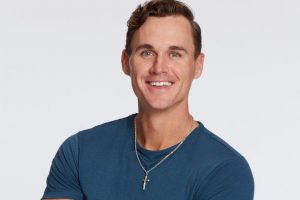 Virginity is a big deal in the Bachelor franchise. Whenever someone on the show is a virgin, you can bet that it will be talked about ad-nauseam. On Katie Thurston’s season of The Bachelorette, contestant Mike Planeta made it clear early on that he had never had sex. But now, it has come out that that might not be 100% true.

Mike P. from ‘The Bachelorette’ has had some sort of sex

Planeta stood out from the other men early on by telling Thurston that he was still a virgin. But recently, he appeared on the Talking It Out podcast and revealed that he’s not such a saint.

“I am not some perfect little, like, you know, golden boy,” he said. “Dude, I am a very flawed human being. Like, I am extremely flawed.”

“I’m very open about this: I may not have had, like, sex, sex, but I’ve slipped up and I’ve had oral sex,” he said. “For me, that was one of the moments where, like, the two times I did slip up and do those things, those were things that taught me actually the significance of why I actually was putting sex on such a pedestal.”

Why hasn’t Mike had sex?

Planeta comes from an extremely Christian background and even attended Point Loma Nazarene University, a Christian university in San Diego, California. On the podcast, Planeta explained that he hasn’t had sex partially because it’s “a bonding thing, it’s a connection thing, like, it can mask a lot of issues if you’re not communicating and talking about a lot of these things.”

Planeta is saving himself for marriage.

Even though Planeta hasn’t had sex, it’s not because he doesn’t want to.

“When people think of somebody waiting, right, they think like, [they’re a] prude or they’re not interested in sex or they don’t want to have these things,” he said. “No, like, I have all these urges probably times 10, right? These are urges that I, like, fight every single day but it’s not about me.”

He’s ready to have sex when he finds a wife.

“One of the biggest desires in my heart is, obviously, to have sex, you know, with my wife. It’s like, ’Ok, well, then you need to put in work before you’re granted that gift.’ Right? So that’s how I view it,” he said, according to Us Weekly. “If you’re a man and that’s something that you’re struggling with, or you’re feeling insecure about owning it but you’re doing it for a reason, you’re convicted … for a reason.”

Mike and Katie don’t end up together on ‘The Bachelorette’

As fans of The Bachelorette know, things didn’t turn out too well for Planetta on the show. Thurston sent him home after his first one-on-one date, claiming that their relationship wasn’t strong enough to go into hometowns.

This week, Thurston is heading into hometowns with her final four men, Blake Moynes, Greg Grippo, Justin Glaze, and Michael Allio. Fans will also get to see the Men Tell All.