‘That was a fix’: The Chase viewers claim The Beast answered a question AFTER the timer ran out – taking away the team’s £30K prize pot

Viewers of ITV’s The Chase have branded the show a ‘fix’ after The Beast’s shock win during Sunday’s episode.

After a series of incorrect replies it looked like Chaser, Mark Labbett might lose, until he answered a question correctly in the nick of time, causing the team to lose and walk away without a penny of their £30,000 prize pot.

However, viewers claimed to have seen the timer hit zero before he answered the question, meaning he was out of time and the team should have rightfully won the money.

Dozens of viewers took to Twitter to criticise the win, with one tweeting: ‘That was a fix, it was on zero!’ 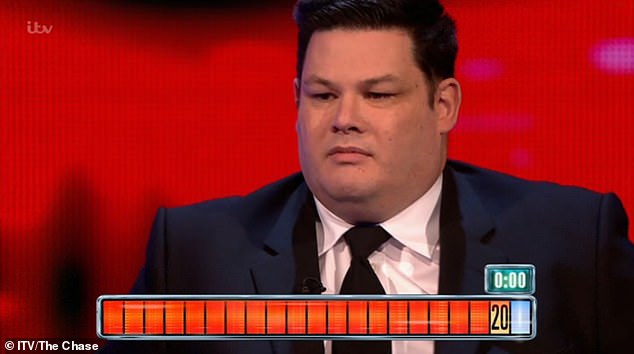 In Sunday’s episode of The Chase Mark Labbett, also known as The Beast, beat the team by answering a question after the time had hit zero (pictured)

Teammates Patricia, Marina and Graham had made it to the Final Chase, and answered 21 questions correctly, which The Beast had to beat in order to knock them out of the competition.

He had answered seven questions wrongly, but needed just one more point to beat the team when The Chase’s host Bradley Walsh asked him one final question with just seconds to spare.

Bradley said: ‘Watchmaker Longines was founded in which country?’

The Beast shouted out the correct answer of ‘Switzerland’, which then knocked the team out of the game and took away their winnings.

Dozens of viewers took to Twitter to criticse the win and call it a ‘fix’ in favour of The Beast (pictured), with one tweeting: ‘That was a fix it was on zero!’

HOW DOES THE CHASE WORK?

The Chase is one of the most popular quiz shows on TV – but how do you beat The Chaser?

A team of four players each takes it in turns to win some money in a quick fire round, but will join together in the final chase to take the money home.

In between those rounds they face The Chaser, and if they get more questions wrong than the professional quizzer they’re out.

If they pass through that round their money is added to the bank with the remaining players’ money.

In the final chase the team has two minutes to answer as many questions as possible, but if The Chaser gets more points they will go home empty handed.

A breathless Bradley said: ‘Yes! Just in time. Switzerland. A split second, caught. I tell you what guys, it doesn’t get any closer than that.’

However, viewers claimed that the countdown had already hit zero when The Beast had given his answer.

‘Well that was a ridiculous fix. #justiceforgraham,’ another posted.

Another wrote: ‘#TheChase is a fix!!! The countdown was over but apparently he got the answer on time! If it was the other way around the guests wouldn’t have been in time. #ITV sort it out.’ 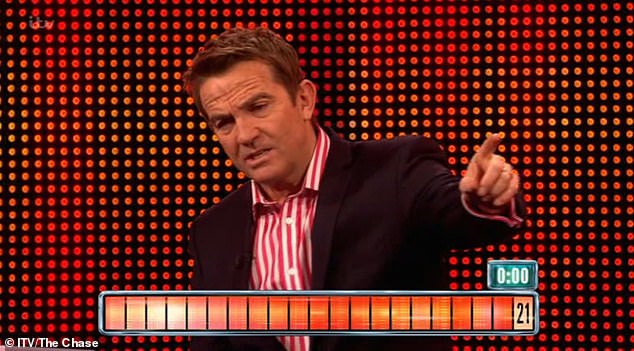 The show’s host Bradley Walsh (pictured) said ‘it doesn’t get any closer than that’ after The Beast had won, despite viewers’ saying that the timer had already run out 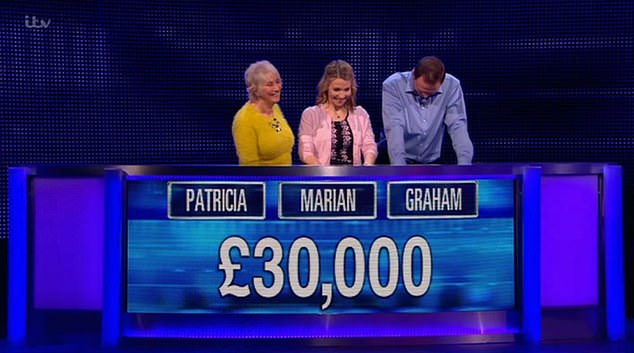 Teammates Patricia, Marina and Graham (pictured) looked disappointed with their loss and walked away without a penny of the £30,000 they’d earned throughout the game

Even The Beast appeared to be shocked by his win, telling the team they ‘deserved’ to win.

He said: ‘You didn’t deserve to lose, I’m really sorry guys. You were superb.’

This isn’t the first time viewers have accused The Chase of being fixed because of a problem with the timer during the Final Chase. 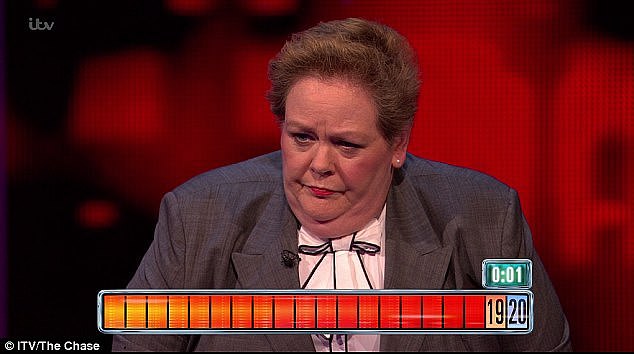 Earlier this year viewers claimed that The Chase had been fixed for Chaser Anne Hegerty, accusing them of slowing down the clock so she could answer one final question and knock the contestant out of the game 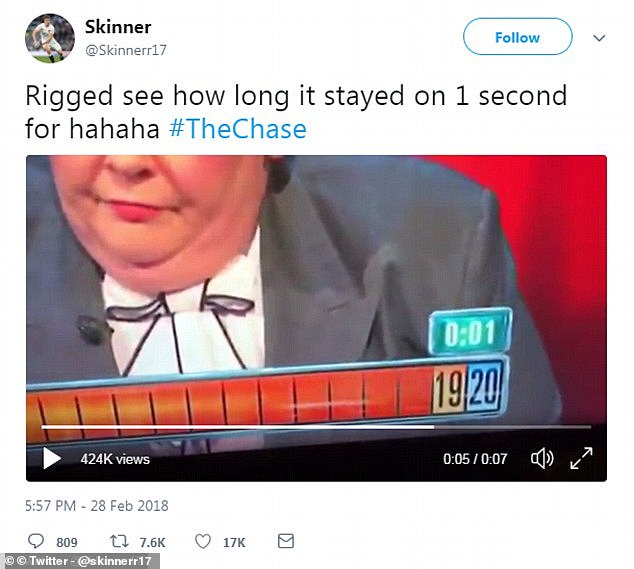 Viewers claimed the show was ‘rigged’ and said the timer had stayed on one second for a long time, which resulted in the contestant losing out on £50,000. The show denied this and said it had been checked by ‘independent adjudicators’

Earlier this year Chaser Anne Hegerty – who goes by the name The Governess -answer a question with a second left to spare, beating contestant Maggie and taking away the £50,000 she’d earned.

Viewers claimed that it was a ‘fix’, arguing the clock was stopped and that host Bradley Walsh had asked the Chaser’s questions ‘more quickly’.

Representatives for show denied that the result had been fixed in its favour, saying it had been checked by an ‘independent adjudicator’

The Chase airs weekdays at 5pm on ITV