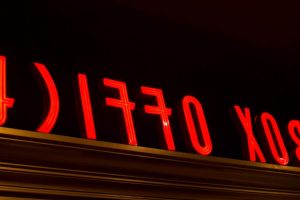 The most expensive movie China ever made, the revisionist history film The Battle at Lake Changjin, had a production cost of $200 million. With film critics in China calling it patriotic and must-see, the movie has grossed over $633 million within a couple of weeks after its release. This puts the movie far ahead of Shang-Chi’s box office numbers at $402 million.

This blockbuster is set to become China’s highest-grossing movie ever. The mega-success of the movie brings even better news for the state as experts say the film has nailed it, and the government has reached the zenith of propaganda movie formula through this one. As for Hollywood looking in from the outside, this news doesn’t bode too well for its silver screens. These latest developments have become an obstacle for the American movie industry to gain ground in China, which is the biggest film market in the world.

The movie has created such an effect that it’s being touted as every Chinese citizen’s patriotic duty to watch it. Commissioned by the Chinese government, the blockbuster movie is just one of the numerous nationalist films that have soared in China’s box office hit lists in recent years. According to the BBC, the 2017 movie Wolf Warrior 2, depicting the story of a Chinese soldier who heroically saved hundreds of people from an African warzone, collected a record $238 million in just its first week.

The Battle at Lake Changjin depicts the fierce battle known as the ‘War to Resist US Aggression and Aid Korea’ in the country. China claims this assiduous battle fought with fortitude in the freezing weather was a turning point in the Korean War and is dedicated to the Chinese soldiers. Thousands of young soldiers died at the titular lake but not before securing a victorious win against the American foes.

Several audience members were so moved by the beautifully made and meticulously marketed movie that they put up raving reviews and recommended fellow citizens to watch the nationalist movie.

The movie’s win when there are rising tensions between Beijing and Washington is perhaps not a coincidence as eminent academics in America believe the film has been promoted in the state concerning the ongoing tensions with the US. The coordinated push between the authorities and film studios is another great factor behind the movie’s success as authorities with an iron fist control the number and types of films that can be distributed at a certain time.

The release of the record-breaking movie was cleverly envisaged so that it has no competitors in the theatre, with all other releases postponed. As Daily Mail reports, major Hollywood blockbusters such as the new Bond movie No Time to Die and Dune are set to open only at the end of October despite the movies being screened everywhere else globally.

The movie’s success is also a result of excellent timing, as it opened during China’s National holidays to commemorate the ruling Chinese Communist Party’s 100th anniversary amidst raging celebrations nationwide. As Chinese films continue to improve their production values, it is reported that Hollywood may become less relevant in the country, but according to critics, Hollywood and China are said to need each other for future cinematic success.

READ NEXT: Lights, Camera, Money: 10 Most Expensive Hollywood Movies Of 2021