Home » Lifestyle » The Creed Story: How The House Of Creed Became A Multi-Million-Dollar Perfume Dynasty

The Creed Story: How The House Of Creed Became A Multi-Million-Dollar Perfume Dynasty 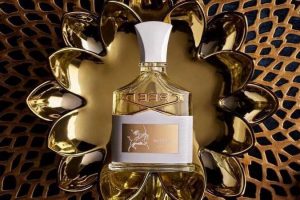 ]Creed is an international anglo-french luxury perfume brand established by James Henry Creed in 1760. It started as an exquisite tailoring house based in Mayfair, London. Over the years, the House of Creed has transformed itself from a tailoring house to the world’s leading niche perfume brand producing some of the best fragrances for over 260 years. Currently headed by Olivier Creed and his son Erwin Creed, The House Of Creed has exclusive boutiques in Paris, Sydney, London, Beverly Hills, Dubai, Kuwait, Vienna, New York City, Mexico City, Milan, and Miami.

The House of Creed has a distinguished past that can be traced back more than 250 years. Since seven generations have influenced the perfume house, its history is a subject of public record rather than just stories told by one’s grandfather.

From Tailors To Perfumers

James Henry Creed founded the House Of Creed in London in 1760 as an exquisite tailoring house. The story began with King George III ordering a set of scented leather gloves from the Creed tailoring house. Following this, Queen Victoria appointed Creed as her official perfume supplier seeking the attention of all the European royals.

James Creed became the perfumer of choice for Napoléon III, the Empress Eugénie of France, Emperor Franz-Joseph, Empress Sissi of Austria-Hungary, and Queen Christina of Spain. Empress Eugénie eventually started backing Creed, and with her help, the company moved to Paris. The House Of Creed has been based in Paris ever since.

In their new Paris Headquarters, Creed continued to create a legacy of rare and unparalleled fragrances for men and women, treasured by perfume aficionados and those who had a taste for quality and luxury. Over the years, the House Of Creed has launched over 200 fragrances, all of them having a distinctive quality, and has established itself as one of the leading perfume houses in the world, inheriting the art of perfume making from father to son across seven generations.

What Makes The House Of Creed Stand Out

What sets Creed perfumes apart is their attention to detail, use of natural ingredients, and unparalleled quality. The brand is known for using the largest proportions of natural ingredients across the French perfume industry. Traveling the globe, Olivier Creed samples and chooses fragrances from numerous nations. The exact natural aroma of the substances used can be preserved thanks to the infusion technique, a 4000 years old technique that is now obsolete in most perfume houses but still used by Creed. As per James Creed’s tradition, every perfume is still hand-filtered, hand-bottled, and hand-labeled today for a genuinely artisanal fragrance experience.

Another major factor in Creed’s success is its use of discretion. Every high-profile customer who purchases a personal fragrance from Creed signs a contract committing the company to keep the fragrance’s specifics a secret until a specific date, as per Cologne Boutique. These contracts can last anything from five years to a lifetime. Due to this unparalleled attention to discretion, Clients have high regard for the company.

Creed fragrances operate differently than other companies; they don’t adhere to set development dates and only release perfumes when Olivier deems them ready. As a result, on several occasions, the company has yet to launch any new fragrances. Deviation from the program of continuous releases and frequent new manufacturing followed by most other production businesses maintains the quality of Creed perfumes consistently high. A particular perfume is never compromised or hurried and isn’t bounded by a deadline. All these factors make Creed one of the most opulent and reliable perfume brands.

The Rich 260-Year-Old Legacy Of Creed

Creed Fragrances made a legacy serving royal families for 200 years before launching to the public in 1970, as per Forbes. The House Of Creed is the only family-owned luxury perfume dynasty, with Olivier’s daughter Olivia working as an art designer and his son Erwin serving as a senior perfumer. The company is currently owned by Olivier, who is the sixth generation of Creed to do so; when Erwin inherits it, he will be the seventh. Due to their shared passion for perfume making, each succeeding generation works hard to uphold Creed’s stellar reputation and gigantic financial success.

Over the years, Creed has launched some of the most iconic fragrances ever, like, Virgin Island Water, Green Irish Tweed, Love in White, and the blockbuster fragrance called Aventus created by Olivier Creed, which is now Creed’s global best-selling men’s perfume as reported by The Perfume Society. The House Of Creed has served multiple famous and royal personalities over the years, including King George III, Queen Victoria, Prince Charles, Princess Diana, Sir Winston Churchill, Michelle Obama, Frank Sinatra, etc., over an astounding period of 260 years.

The House Of Creed has established itself as the Pioneer of Perfume, currently raking in over $200 million in revenue, as per Fragrantica. The fusion of detail, quality, discretion, genius, and efficient succession has made The House Of Creed a multi-million dollar perfume dynasty.