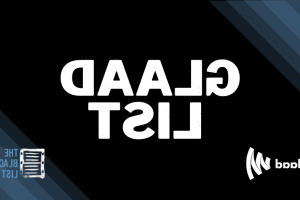 Exclusive to Variety, the list includes work from 12 notable out creators in film, along with eight television pilots. The Black List is an annual ranking of the best unproduced screenplays in Hollywood. Founded by Franklin Leonard, the group has been working in concert with media watchdog GLAAD to identify and elevate underrepresented queer voices.

In only two years, nearly 50% of projects named in the previous editions of the GLAAD List have been optioned, are in production or have been released (Billy Porter’s directorial debut, “Anything’s Possible,” is among them). For the 2022 edition, GLAAD also called on top-tier production houses, streamers and studios to help vet the list. These companies include Berlanti-Schechter Films, Hello Sunshine, Hillman Grad, Netflix, MGM’s Orion Pictures, Ryan Murphy Productions and Village Roadshow Entertainment Group.

“The industry has finally realized after a very long time that they’re not telling the stories of various communities, and when they do, they tell certain kinds of stories. Stories of struggle, of victimization, or angels walking on Earth that must be perfect,” Leonard, who oversees the ranking with Black List’s Kate Hagen, told Variety. “Those aren’t necessarily great movies, certainly not ones that reflect the full humanity of these communities.”

The selected scripts cover a range of topics, from a trans teen whose imaginary best friend is A-lister Margot Robbie, to a biopic of pioneering environmentalist Rachel Carson, to a Latinx tennis phenom looking for love.

Read the titles and longlines for the complete 2022 GLAAD List:

“Blue Boy,” by Nik Dodani
A mischievous Indian-American boy grappling with adolescence thinks he’s the reincarnation of Krishna, the Casanova of Hindu gods.

“Electric Homies,” by Roberto Fatal
In the near future, a queer Latinx curandera reluctantly inherits leadership of their lowrider car club after the club’s founder uploads their consciousness to a new digital utopia that is devastating their barrio.

“First Language,” by Josh Feldman
When Ezra travels to The Hague to help a young deaf woman testify against a war criminal, he becomes entangled in a global conspiracy.

“Jorge in Paradise,” by Andres Perez-Duarte
Jorge, a Mexican teenager, explores his sexuality and passion for tennis as he breaks every rule to win the love of his life.

“Quick Quick Slow,” by Jett Garrison
It’s 1992 and Jesse McAllen’s been kicked out of the military for being gay. Disowned by her small town family, she buses it to Austin, Texas where she’s taken in by two queer men running a gay country and western bar.

“The Quiet Kind,” by Justin Geldzahler
Hired by an orphan to avenge her parents’ murders, a taciturn bounty hunter barrels into a mystery of white supremacists and land grab conspiracies, only to face the most difficult question — can the strong silent type learn to talk about his feelings?

“Re-Live, a Tale of an American Island Cheerleader,” by Rain Valdez and Rachel Leyco
A transgender woman returns to her estranged home island of Guam for her High School Reunion’s “Do Over week” to live out her childhood dream of becoming a cheerleader, but she discovers a different reunion – family.

“Silent Spring,” by Elise H. Greven
Biologist Rachel Carson takes on the government and powerful chemical industries as she struggles to write Silent Spring, the book that sparks the creation of the American environmental movement.

“Wasps!” by Zeke Smith
A video game designer fighting imposter syndrome is dragged along by his mother on a cross-country road trip in which he must break out of his self-imposed limitations to thwart the WASPS (White Anglo Saxon Protestants) who pursue them.

“We Are Okay,” by Karina Ansley
Based on the award-winning novel by Nina LaCour. The winter break of her freshman year, 18-year-old Marin Delaney can’t bring herself to leave her desolate college dorm in upstate New York and go home to San Francisco — but when her estranged best friend Mabel visits, Marin must finally confront the ghosts of her past and the tragedy she fled from.

“The Young Punks,” by Q. Allan Brocka
When a tragic accident suddenly gives a 70-year-old Filipina store clerk sole custody of her rebellious teenage grandson, they manage to forge a bond and move forward with their lives by starting a rock band together.

“30 Days in Basyside,” by Jose Useche
José, a depressed and out-of-work dancer, has lost control of his life. He’s back home in Queens, staying with his supportive – but very Catholic – mother and his alcoholic – but very functioning – sister. Now, he has one month to get over his ex-boyfriend, start telling the truth, and get the f*ck out of Bayside…again.

“Badass,” by Noni Salma
At the cusp of a precarious episode that turned her into an internet viral sensation, a down on her luck trans woman must team up with her devious friends in hopes of extending this 15 minutes of fame.

“The Baron,” by W.A.W. Parker
Love is a battlefield when a queer Prussian military commander runs into his ex at Valley Forge after being hired to whip the fledgling American Army into shape.

“Blackseed,” by Nova Cypress Black
When a non-binary adoptee’s 21st birthday arrives with news that they have 6 months to live, they apply to join a life-saving Black town with hideous secrets.

“Blaze,” by Deborah Puette
In this sexy, soapy drama, a brilliant but struggling Chicago chef lures away the talented protégée of her former partner, igniting a battle for domination that threatens to engulf them all.

“Fraud,” by Dana Aliya Levinson
Shira Rose Loewenstein, a Jewish trans woman struggling to escape her fucked up family through her side hustle as a credit card thief, is recruited into a dangerous criminal enterprise that is hell-bent on taking down the one percent.

“Spesh,” by Jeff Locker
When a man with lifelong mental health struggles begins to suspect his imagined childhood superpower might be real, he must find a way to secretly develop his ability while trying to maintain his relationship with his first real boyfriend. And when he discovers he might not be the only one who’s special, his world will never be the same.

“The Tell-Us-You’re-Gay Committee,” by Frank Paiva
Two queer teenagers start an underground support group after their high school’s gay-straight alliance is taken over by straight people.