Home » Lifestyle » The innumerable challenges of raising a feminist boy

The innumerable challenges of raising a feminist boy

My husband and I have been more than just conscious about raising a feminist boy, we have been deliberate. Where possible we buy clothes that are gender neutral, regularly shopping in the girls’ clothing section as well as the boys.

Our AFL obsessed kid is encouraged to watch the women’s matches as well as the men’s and loves to put on a tutu for "twirling". I change the genders of characters in songs like Five Cheeky Monkeys, so that it is daddy who calls the doctor and the doctor is a woman. 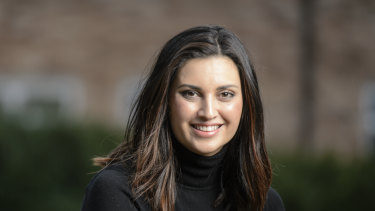 ‘My son is barely old enough to spell his own name and already, I feel like our feminist parenting is failing.’
Credit:Sitthixay Ditthavong

We’ve taught Rafi to tidy up after himself, rather than expecting his parents to do it. Even though he is abominably ineffective, I still feel a flush of pride when he attempts to wipe up his messy placemat after dinner and puts his bowl in the sink.

He thinks helping me take washing off the line is fun and asks inquisitively about how daddy’s iron works. I hope this early modelling sticks and that he never assumes it is the lot of women to clean and take care of him.

Yet more and more, I cannot seem to shut out the avalanche of influence that exists beyond the walls of our home. Television, child care, kids at the park, neighbours, extended family and friends are unwittingly starting to sway the views and expectations of my son.

Gender stereotypes become entrenched and along with them, Rafi's world begins to narrow. Like all three-year-old kids he parrots back what his parents teach him. My son calls himself a feminist, but his actions don’t reflect that in the way they used to.

More and more, I cannot seem to shut out the avalanche of influence that exists beyond the walls of our home.

Rafi moved child care centres a few months back and since then the names of the kids he plays with are exclusively male. His interest in girl playmates has all but disappeared. It breaks my heart. He is no longer keen on dressing up or playing house. It’s all dinosaurs and footy and Transformers and outer space.

Now, of course, none of these things are inherently bad and I want to encourage his passions whatever they might be. Yet, I question how many of Rafi’s interests are genuinely his own and how much is being imposed by the structures and settings around him. As his parents, we worked hard to free him from those gendered confines and yet as he grows up it seems all but impossible to maintain.

Gender awareness begins early. By the age of two-and-a-half a child can accurately identify a person’s sex. In the following three years of life this consciousness converts into something more; a set of expectations, assumptions and rules.

My son is living through that critical period right now. He is still in the first five years of life, the time when 90 per cent of his brain development will occur. His values, his beliefs and his view of the world is being shaped right in front of my eyes and I fear for what they will be.

I want to raise a feminist for several reasons; for the betterment of our community, for my own peace of mind. But most importantly? I want to raise a feminist to help secure my son’s own happiness. I am determined that Rafi will be comfortable in his own skin and utilise his emotional intelligence rather than stuffing his feelings down where they can’t be seen. I want him to be brave and strong but also vulnerable, kind and gentle. I will tell him again and again not to whine but always validate his willingness to cry if he’s hurting.

In the past decade we’ve made great strides in pushing back against the stereotyping of little girls. Shops are full of t-shirts bearing slogans like "The future is female", and "Call me brave not beautiful". Girls are encouraged to pursue their dreams no matter what, told they can be whatever they wish and dress as they choose. We’ve banned "bossy". We’ve embraced the assertiveness of the girl child and learned to applaud it.

What we haven’t done is expand the scope of possibility in the same way for boys. Their world of opportunity is still small. It’s because as a community we still consider traditionally male behaviours and interests as culturally superior. The status and wealth associated with "feminine" roles and jobs remains lesser. This means when girls push into the typically male domain, it is considered ambitious and exciting. When boys do the same, they’re diminishing themselves.

It’s worthy of commendation that a girl says she wants to be prime minister but there isn’t the same applause for a boy who wants to be a nurse. Breaking the mould is hard no matter what and yet, we don’t celebrate boys who break gender stereotypes.

It is with frustration but also resignation that I’ve come to realise my greatest ally in the feminist fight for my son’s future … is a man. It’s the man who lives in my house. The truth is that I can speak about equality until my tongue falls out but right now? It’s my husband’s words that will have the greatest impact on the shared feminist project that is our kid.

For better or for worse, I am my son’s carer, nurturer, enforcer, teacher, devoted partner in puzzle solving and dressing up – but at this particular moment in time I am not his chief role model. At three years old he isn’t ready to grasp the complexities of gender norms and stereotypes. His hero is his dad and that is who he wants to grow up and be just like. It pains me to write those words. Yet at the same time, I pat myself on the back because I couldn’t have chosen a better role model to marry.

Daddy is proving that girls are cool, that they’re worthy of admiration, aspiration and imitation – and that pretending means you can be whoever or whatever you wish.

Feminist fathers are going to help save us, and the day.

This article first appeared on Future Women, a club connecting women through community, events and journalism. You can join here. Jamila Rizvi is editor-at-large of Future Women.