The questions you should (and shouldn't) ask your ex partner

We only dated for six months but my ex from 17 years ago left quite an impression on me.

I met him when I was 21 and fresh out of a relationship that ended quite badly. We went from housemates to lovers in the blink of an eye; he was at once my saviour and rebound.

He taught me to read analytically, and to savour life's tiniest pleasures. I'd love to think I won him over with my blueberry muffins but I know now it was something more cerebral. He saw me. 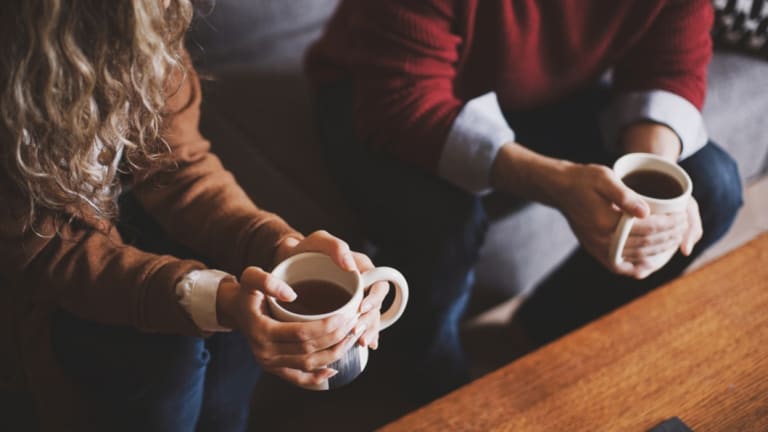 Keep it friendly but not too friendly.Credit:Stocksy

But just as we were navigated the first arc of a great romance, he suddenly (to me, not him) announced he was moving overseas. I offered (foolishly) to go. He said (mercifully) no.

About two months ago, we reconnected online after I wrote about moving home after my last break-up. He always had this way of dropping back into my life at poignant moments.

So when he announced he was visiting Sydney for a conference, I offered to fly from Melbourne to have dinner with him.

He accepted, gleefully, and yet I stalled in booking a ticket. Fresh from another break up, was I ready to be "seen" by this person again? And what if there was unfinished business?

There was no achievement too big to gloss over, no desire too grand to suppress and no experience too shameful to hide.

We each put some serious thought into what we wanted to talk about, given our time together would be limited. We never did do small talk.

Psychologist Jacqui Manning suggests approaching a conversation with an ex like "an old, dear friend, as friendship is really at the base of the best relationships".

"If you've planned to see each other, think of how you'll ask them about their life – don't get too intense but don't be aloof either," she says. "Ask them if they're comfortable with you asking about their private lives and if yes, then ask away, respectfully of course."

Relationships expert Samantha Jayne says if the reason you're meeting up, assuming you're both single, is to rekindle a romance, focus on the positives from your relationship.

"Talk about your greatest moments, how much you have grown as a person and what you would do differently," she says.

Jayne says it's important to acknowledge that if some time has passed that you both will have changed, and likely had other relationships.

"Talk about their dream [partner] … now – this will give you insight into where they are at and potentially their own motivations [for meeting]. Their response will … indicate whether they are there for a platonic friendship or also hoping to rekindle things."

In terms of things to avoid, Jayne says steer away from rehashing any old conflicts or arguments, other relationships (that can come later) and don't try to "fix" them.

If either of you are in a relationship at the meeting, "be polite and not reminisce too much as it could complicate your current situation", Jayne says.

"Use it as an opportunity to grow and learn as a person," she says. "Since the dust has settled you can have a laugh about some of the emotional behaviour you may or may not have experienced, it’s the perfect opportunity to … forgive them or say sorry and how much you appreciate them.

"It is also an opportunity to get insight into what it's like being with you as a person and any insights that they have to help you and vice versa. And only give advice if they ask."

Reflecting on the meeting a week later, I realised why he had reappeared at this time. He was always the person around whom I could be "big"; there was no achievement too big to gloss over, no desire too grand to suppress and no experience too shameful to hide.

Seeing my ex taught me to try to bring more of my true self to the fore. It was an invaluable lesson, for the price of a plane ticket. It took 17 years for our reunion happen but in the end, it came at just the right time.