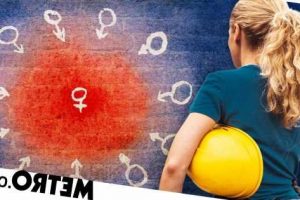 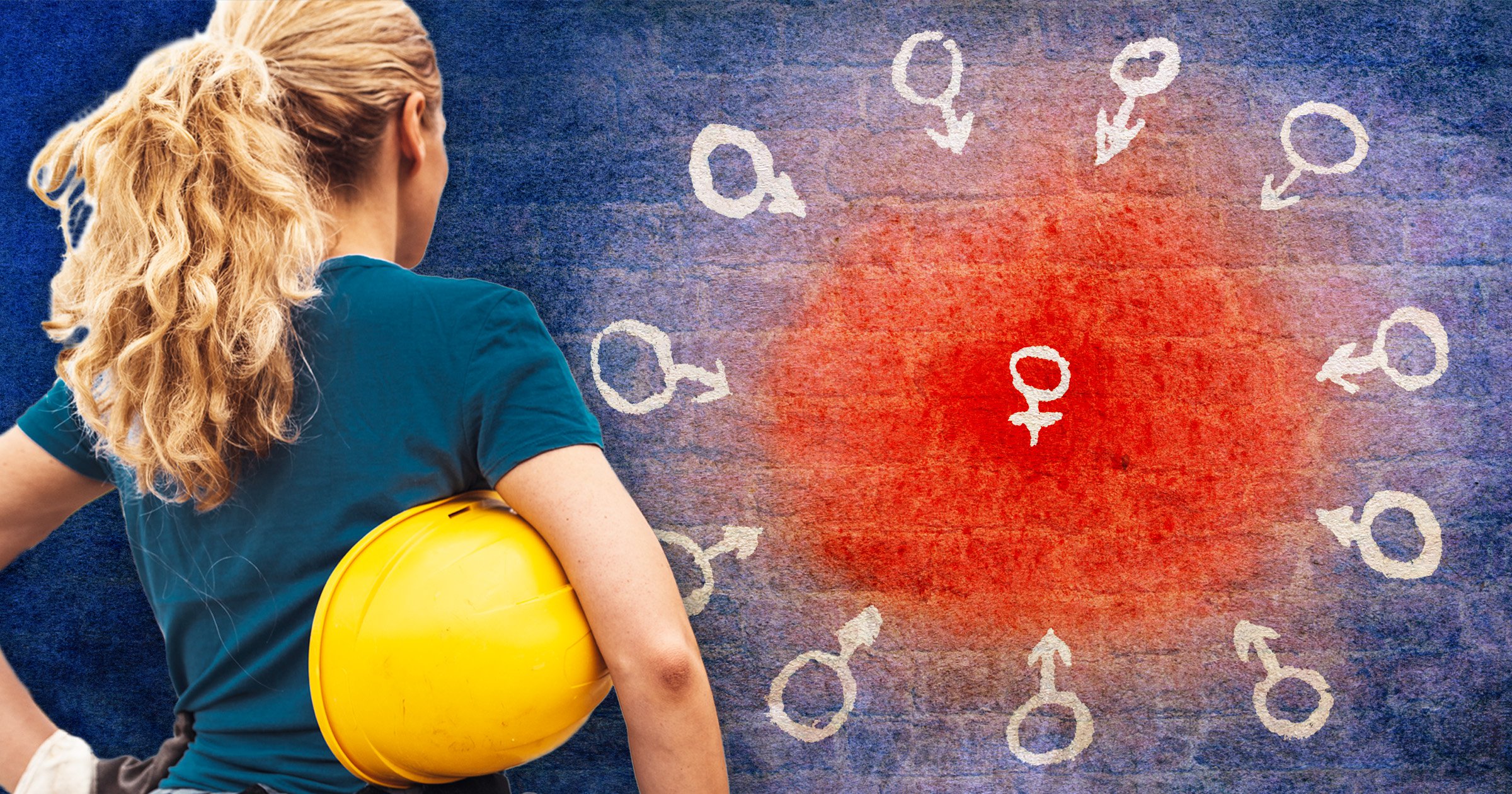 ‘My husband has been trying to fix this all week – there’s no way you’ll be able to do it’.

Comments like these don’t even surprise Leah Carney anymore.

She has worked as a tradeswoman for nearly four years, with a specialism in plumbing and heating.

Throughout her time in the industry, she’s experienced sexism, gender discrimination and comments like the above.

She has been laughed at, met with disbelief when turning up for jobs, and had people say things like: ‘There’s no way you’re a plumber, what are you doing here?’

Leah has also faced challenges with colleagues and managers, as well as clients.

As a woman, in certain companies, she has found that managers scrutinise her work and judge her capabilities more intensely than her male colleagues.

Other times, she says she’s experienced colleagues blaming her for their mistakes. She recalls managers always taking the side of her male colleagues.

While she’s never been in a situation where she was made to feel unsafe, Leah has very often felt uncomfortable due to people saying inappropriate things.

Unfortunately, Leah is far from alone in her experiences.

New research from the find-a-tradesperson platform, Rated People has revealed the realities of what it’s like to be a woman (inclusive of all who identify as female) working in a trade – and the results aren’t great in terms of treatment, pay gaps, representation or opportunities.

The study discovered well over a third of tradeswomen (39%) aren’t taken seriously because of their gender, one in seven (15%) have had personal safety concerns when working, and almost one in 10 (9%) say they’ve had customers who won’t let them work on a job when they see they’re a woman.

Kalece Okusanya has been a tradeswoman for six years and is the owner of Suave Property Care, a painting and decorating business.

Kalece stumbled into the trade industry by accident when she volunteered on a project when she was younger. Although she didn’t plan on being a painter, she now loves mixing her hands-on work with the management skills that are needed to run a business.

For her, the main challenge is that clients just aren’t used to seeing a young Black woman in the industry.

Kalece explains that she’s often challenged on her knowledge and expertise, and when she’s explaining to a client what can and can’t be done on a job, she thinks they would respect her judgment more if she were a man.

She explains that sometimes you have to fight harder to prove yourself and gain the recognition you deserve as a woman in the industry.

In the past, clients have tested her to see how much she knows. Once, when she was demonstrating how to tackle a specific job to a more junior painter, a plasterer decided he knew best and took over the conversation, interrupting Kalece and explaining how to do the task at hand.

When Kalece informed the plasterer that she was managing the job and she owned the company, she says he was shocked.

‘Sometimes people like to make you think you don’t know what you’re doing, and mentally and emotionally, this can be exhausting,’ she says.

‘As a tradeswoman, there have been times when I’ve had to dig deep to find the motivation to come to work because sometimes you have to fight harder to prove yourself and gain the recognition you deserve as a woman in the industry.’

Kalece feels very confident in her expertise and knowledge. She adds that things have already started to change for the better – now, she doesn’t feel like she has to work any harder than others to prove herself because she’s a woman.

But there’s still a lot more that needs to happen to address the gender equality in the industry.

Women make up less than 1% (0.99%) of carpenters and joiners in the UK, and less than 4% of electricians, plumbers, floorers and tilers are women.

Across the 10 trades with the lowest representation of women, none of them have more than 5% of women in the workforce.

And when it comes to pay, things get even worse.

On average, women earn just 72% of what men do across 15 key trades in the industry.

That means, on average, female carpenters are earning just 53% of their male counterparts.

Female electricians earn 54% of what men do; women in construction and building trades only earn the equivalent of 57% of an average male salary; and women plumbers take home just 61% of what a man do in the same profession.

Given the clear discrimination, it’s hardly surprising that women aren’t falling over themselves to learn a trade.

Positively though, there’s growing demand from UK homeowners for female tradespeople – this points to things improving, however they’re nowhere near where you would hope the would be in 2022.

Rated People’s study found that almost (46%) of UK households say they’d definitely hire a tradeswoman, while 43% have no preference. This number is depressing low.

All households should be willing to hire a female tradesperson, assuming they’ve got the relevant experience to do the job – in the same way that men should too.

Meanwhile, ‘only’ 11% of UK homeowners said they’d prefer a tradesman. This is way too high. That’s over 10% of the population who are admitting clear gender discrimination.

Getting more women into trades

Despite the fact that things are still not nearly where they should be, change is on the horizon.

32% of women would now consider working as a tradeswoman, while female admissions to trade apprenticeships have increased by 27%.

Rated People suggest that could be a knock-on effect of the pandemic, as people re-evaluate their jobs and think about alternative opportunities.

They hope that new schemes like their ‘Rated People Empowering Tradeswomen Programme’ will help change attitudes and make it easier for more women to get into and thrive in the industry.

When the tradesperson platform spoke to tradeswomen about the biggest benefits of working in the industry, it seems that that flexibility is key.

Almost one in four (22%) said ‘being their own boss’ was one of the biggest benefits for them, 18% said it was the flexible working hours, and 15% said they loved being able to choose how much work they took on.

Leah says she hopes it will get easier for more women to work in the industry soon.

‘I think women are just as good at any trade and if there was less stigma, more women would consider working in the industry,’ she said.

She thinks education and poor careers advice also have a big part to play in why there aren’t more tradeswomen in the UK, adding that ‘young men and women often have different jobs and careers communicated to them, and it shouldn’t be like that’.

Kalece too wants to see more women working in trades. In her opinion, better representation is key to making a difference, and showcasing women who are in trades – so younger woman can see that it’s an option for them, just as much as it is for young men.

‘There needs to be more encouragement for young women to learn a trade, because it’s 2022 and it’s shocking that the representation of women is still so low,’ she says.

To anyone starting out, she has the following advice: ‘Let the work and your conduct do the talking and don’t overcompensate for things. Just apply yourself.’