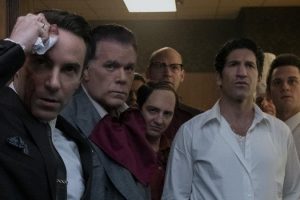 There is a peculiar quality to cultural tidal waves: you don’t often see them coming. Maybe there’s a reason the release of Star Wars was dreaded by 20th Century Fox executives in the 1970s, and why the original Star Trek was cancelled after just three seasons. Sometimes, history teaches us, you don’t know how really good something was until years have passed.

Television ratings history records The Sopranos as a successful television program, and it won wide critical acclaim. But can cinema purists accept it as the equal of, say, Goodfellas, or The Godfather? We loved Tony Soprano, but was Tony really the equal of Jimmy Conway and Henry Hill, or Vito or Michael Corleone? 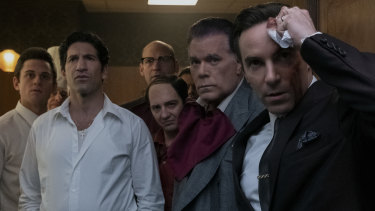 The trailer for the new film The Many Saints of Newark, a prequel to the award-winning television series that defined the 2000s, dares to say yes. “Legends aren’t born, they’re made,” it declares, with the kind of gumption that made Tony Soprano a feared – and revered – underworld titan.

Directed by Alan Taylor and written by David Chase, who created The Sopranos, and Lawrence Konner, who was one of its influential writers, this is a modern trailer, fast cut for the digital age. And yet it feels soaked in the flickering shadows of a great cinematic tradition.

Set in 1967 it is the story of young Tony “growing up in one of the most tumultuous eras in Newark’s history, becoming a man just as rival gangsters begin to rise up and challenge the all-powerful DiMeo crime family’s hold over the increasingly race-torn city.” 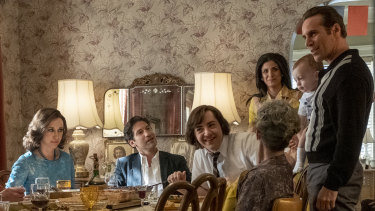 Michael Gandolfini (seated, at right) as Tony Soprano, with other castmembers of The Many Saints of Newark.Credit:Barry Wetcher / Warner Bros

And while this is a new film, the trailer feels populated by ghosts from the past. “When I was a kid, guys like me were brought up to follow codes,” says the voice of actor James Gandolfini, narrating the opening sequence. It’s a haunting statement, made technologically possible by thousands of hours of sound recorded to produce the 86 episodes of The Sopranos filmed between 1999 to 2007. 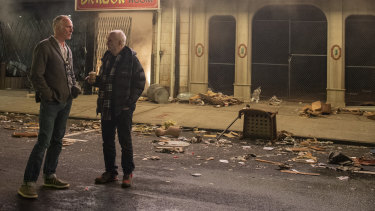 Director Alan Taylor and creator/writer/producer David Chase on the set of The Many Saints of Newark.Credit:Barry Wetcher / Warner Bros

Its impact is heightened by the fact that New Jersey-born Gandolfini died in 2013, at just 51. Fittingly, perhaps, he was in Italy when he died and, in a rare honour, the marquee lights of New York’s Broadway theatres were dimmed in his honour.

And in The Many Saints of Newark, the younger Tony Soprano is played by Gandolfini’s son Michael, a casting choice which makes every frame of the trailer all the more poignant. We see glimpses too of Vera Farmiga, playing Tony’s mother Livia, and you cannot help but hear an echo of the late Nancy Marchand, who brought her so magnificently to life in the television series.

Using mathematics to find meaning in art is perhaps a perilous exercise, but you cannot also help but notice that The Godfather premiered in cinemas in 1972, and three decades after that, in 1990, Goodfellas unexpectedly and brilliantly redefined the genre. So maybe the time is for this, and three decades on again, The Many Saints of Newark will become this generation’s mobster masterpiece.