Home » Lifestyle » The stories that made women hopeful this year

The stories that made women hopeful this year

It is easy to be down when reflecting on the news of the year.

The #MeToo movement continued to reveal the extent of sexual harassment and assault across multiple industries at home and abroad, and the gender pay gap was weakly celebrated for its biggest annual drop ever (with men now only taking home an average $25,717 per year more than women). In October, nine women were killed in acts broadly described as gendered violence (a figure double the already abhorrent one killed each week).

But amongst the sadness and despondency, there is hope. Here, five influential Australian women share the stories of 2018 that made them optimistic. 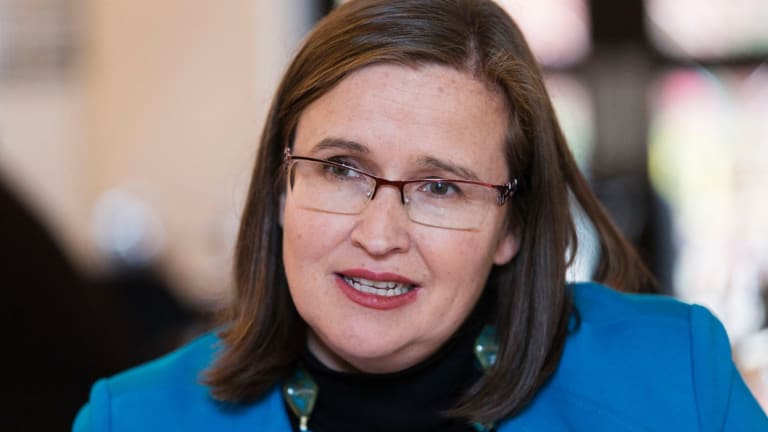 "In 2018, Australia still faces significant hurdles to gender equality. We educate women and girls well, but once in the workforce women still face challenges in achieving economic security and equality in leadership roles. Violence against women and children remains epidemic.

"But in her acceptance speech last week for the Australian Human Rights Awards Youth Medal, awarded in recognition of her role in bringing about sexual assault law reform in NSW, 23-year-old Saxon Mullins filled the room with optimism and reminded us all what one strong woman, young as she is, can achieve.

"Receiving a standing ovation, Saxon told the crowded room: 'I’m so glad that we live in a society where we are more willing to listen to women. I can’t forget the reason that I’m up here. And I think the root cause of that is something we can all change … I’m not doing anything later, so do you wanna change the world?' 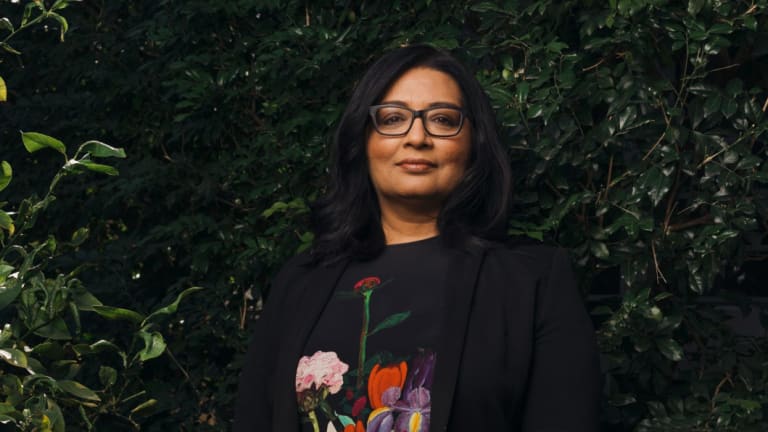 "Meeting the young women, and young women of colour in particular, who were at the heart of the School Strike 4 Climate Action was a high point of 2018. Women win when we organise, and these women fill me with such hope for the future.

"The '#ClimateStrike' should remind cynics that young people are the furthest thing from apathetic truants – they’re leading the fight for climate justice. I saw some of those same women I met in Sydney later occupying the foyer of Parliament House demanding action on climate change. Their movement is not going away!"

"In a year of political turmoil, the treatment of women in politics came to the fore and was the subject of much debate. It is clear that the visibility, representation and experiences of women in public life need to improve.

"Images of women of all political stripes banding together to support each other and call for change warmed my heart – and showed these issues can no longer be ignored. 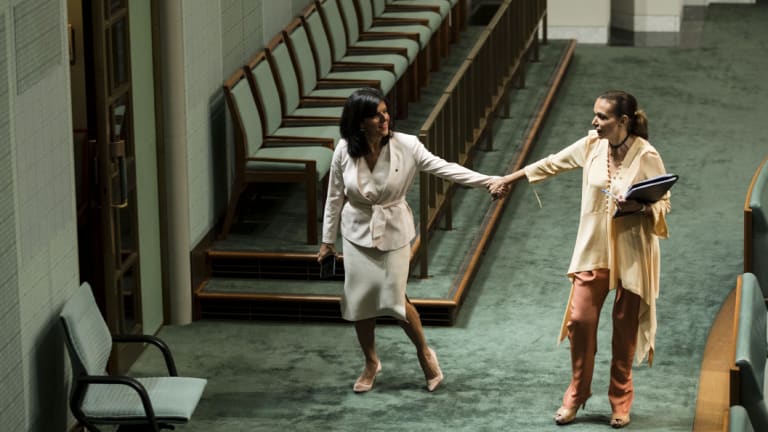 Independent MP Julia Banks and Labor’s Anne Aly after a division in the House of Representatives on November 28, 2018.Credit:Dominic Lorrimer

"Whether it was Julie Bishop’s red shoes matched with the red jackets of Kelly O’Dwyer, Ann Sudmalis and Nicolle Flint; Julia Banks’ impassioned resignation speech in the Parliament where she urged for equal representation of women; Anne Aly reaching for the hand of Julia Banks; or four amazing independent women MPs waving from the floor of the house – women in politics were united in calling for change.

"There’s no doubt that whenever women come together support each other, all women are winners." 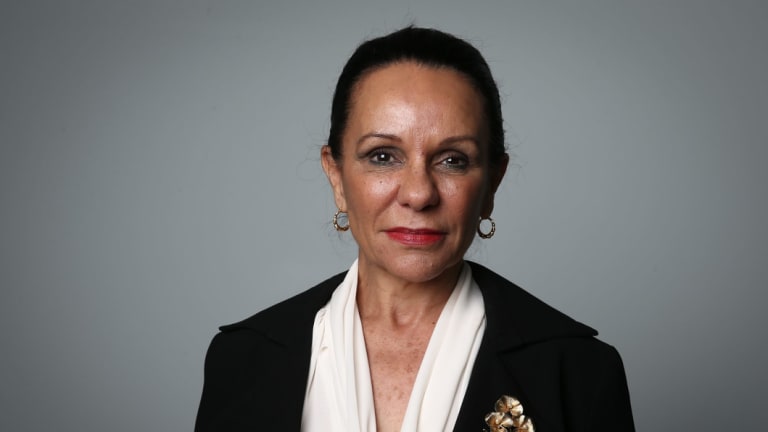 Linda Burney, federal member for Barton and the first Indigenous woman elected to the House of Representatives.Credit:Alex Ellinghausen

"For me, the NAIDOC theme, Because of Her We Can, was the good news story for women this year, in particular, for First Nations women.

"I look up to and hold close many women, both Aboriginal and non-Aboriginal. I am also inspired by many. They’re women that have taken in kin, that have just been the absolute rock solid foundations of families and entire communities.

"They may not make the nightly news, but they have kept our communities and culture strong." 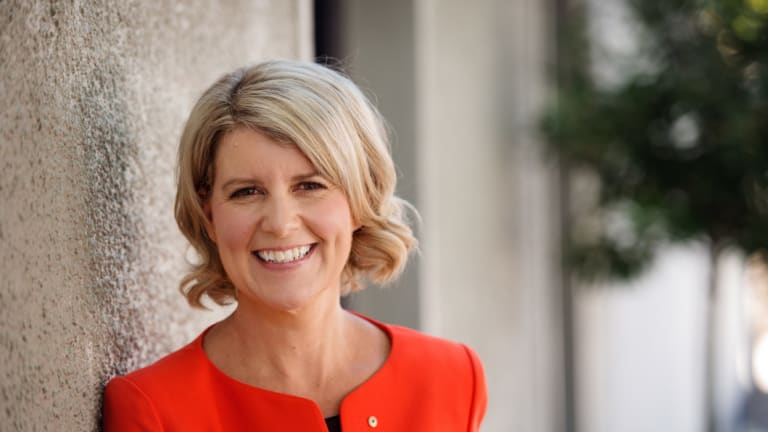 Natasha Stott Despoja AM: Domestic violence recognised as a national crisis by politicians across party lines

"Watching women working together across the political spectrum, especially on the cross bench was a heartwarming feature of 2018. Calling out inappropriate and sexist behaviour was an important part of that, but this collaboration has implications for good policy. There is a connection between more women in parliament and greater efforts to address violence against women.

"Critical mass can result in policies that benefit women and families, however, women working together across party divides is also positive for policies affecting women.

"Next year, I hope we see a gender revolution in our parliaments. The US has seen the largest number and the most diverse group of women ever elected to Congress. I hope we replicate this in Australia."