The top 10 most popular winter wedding venues on Instagram revealed

With its sprawling stately homes, manicured botanical gardens and quaint country churches, it’s little wonder Britain is home to some of the most Instagrammable winter wedding venues on the planet.

Now the most popular settings in the UK for festive nuptials can be revealed, after 125million wedding hashtags used on Instagram were analysed by Protectivity Insurance.

Topping the list with a staggering 409,567 mentions is Kew Gardens in Richmond, where couples can say their ‘I dos’ on the manicured lawns or in a stunning freestanding glass house, the Nash Conservatory.

Meanwhile Chatsworth House, family seat of the Duke and Duchess of Devonshire in Debryshire, is at number two with 75,209 hashtags.

And the historic hotel with a special role to play in the royal wedding also made the top 10.

Cliveden House, where Meghan stayed on the eve of her big day with her mother, Doria Ragland, was the fourth most Instagrammed winter wedding venue.

In third place is the 18th Century mansion house Luton Hoo, on the border of Hertfordshire and Bedfordshire and famously featured in Richard Curtis’ classic rom-com Four Weddings and a Funeral.

Scroll down to see the top 10 in full… 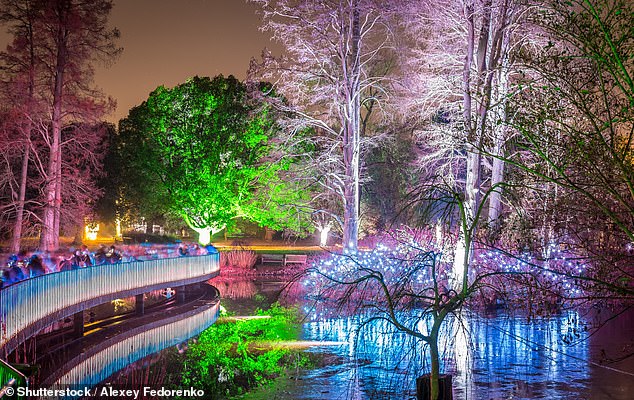 NUMBER 1: Kew Gardens , London’s largest UNESCO World Heritage site in leafy Richmond, allows couple’s to say ‘I do’ amid their famous gardens, in their Orangery or in their stunning freestanding glass house The Nash conservatory. The location has received 409,567 hashtags on Instagram, bagging first place for most popular winter weddings 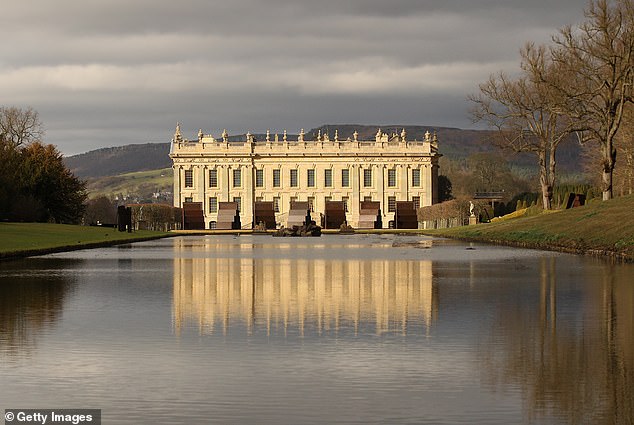 NUMBER 2: Chatsworth House, a grand manor which is home to the Duke and Duchess of Devonshire in Debryshire, comes in at number two with 75,209 hashtags. The thirty-room house set in 105-acre of Victorian rock gardens and mazes has been passed down through 16 generations of the Cavendish family. The house is renowned for the quality of its art, landscape and hospitality 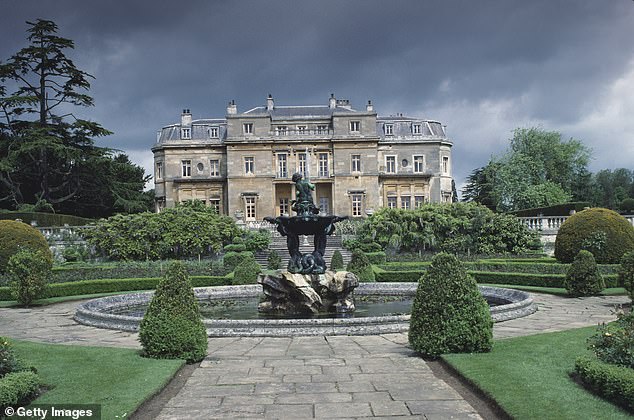 NUMBER 3: The 18th century Mansion House Luton Hoo doubles up as a five star luxury spa hotel and is the third most popular wedding venue on Instagram. Located within an 1,065 acre estate on the border of Hertfordshire and Bedfordshire, and couples can boast that they married in the same location Four Weddings and a Funeral was filmed 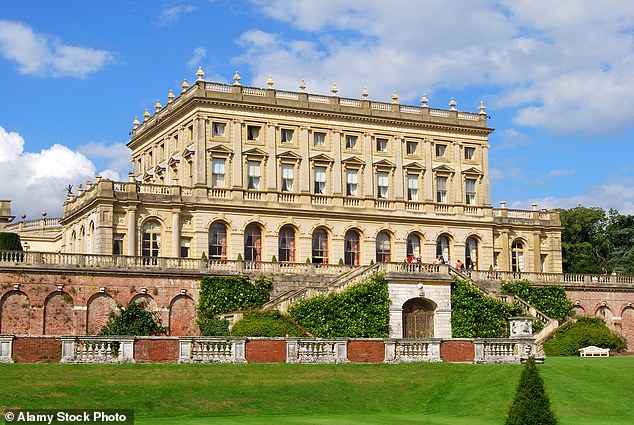 NUMBER 4: Built in 1666 by the 2nd Duke of Buckingham as a gift to his mistress, Cliveden House is filled with antique furniture and period features, having been transformed into a luxury hotel. The Grade I stately home is set upon 376 acres of National Trust grounds, winning it fourth most instagrammable winter wedding venue 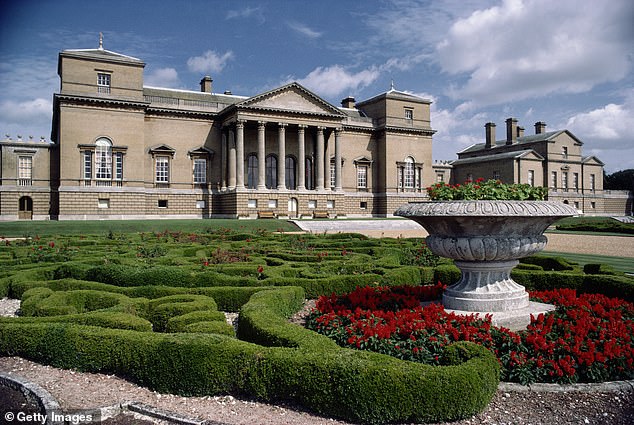 NUMBER 5: Holkham Hall is an eighteenth century country house set in picturesque gardens in Holkham, Norfolk. The house was constructed in the Palladian style for Thomas Coke, 1st Earl of Leicester by the architect William Kent, aided by the architect and aristocrat Lord Burlington and lands fifth on the list 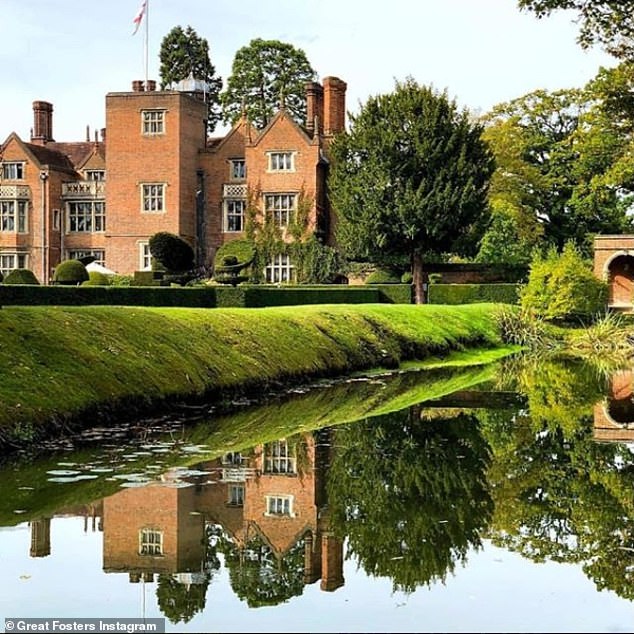 NUMBER 6: Located in Egham, near Windsor, Great Fosters is a Grade One listed building set among  50 acres of stunning gardens and parkland with a licence for outside ceremonies on the lawn by the Saxon moat or a 14th century Tithe Barn. The picturesque venue landed six on the most popular winter wedding venues 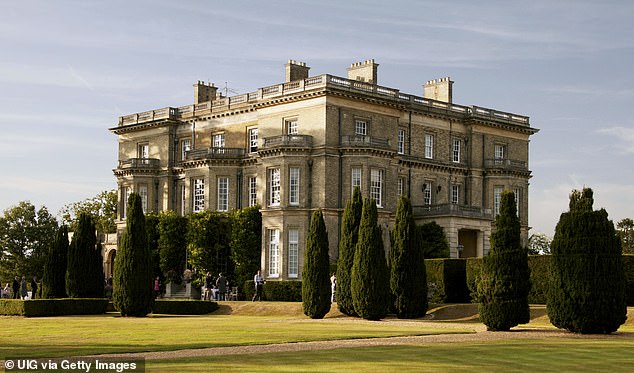 NUMBER 7: The magnificent Hedsor House is a Italianate-style mansion located in Hedsor in Buckinghamshire, among 100 acres of private parkland with enough space to land a helicopter. Overlooking the River Thames, the manor house dates back to 1166 when the estate was owned by the de Hedsor Family. It was originally designed by Sir William Chambers, the architect of Somerset House, with the help of King George III and Queen Charlotte 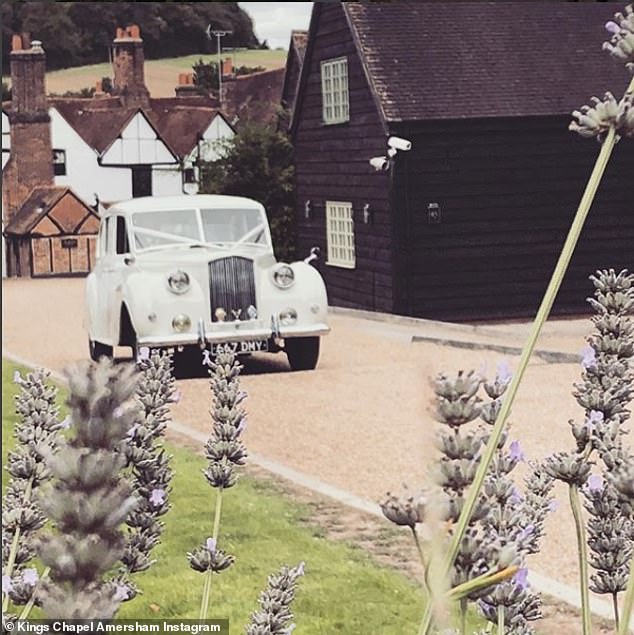 NUMBER 8: Kings Chapel Amersham is set in the beautiful historic market town of Old Amersham and features a picturesque 18th century chapel with original features. With 6,361 hashtags from happy couples, it comes in at number 8 on the list 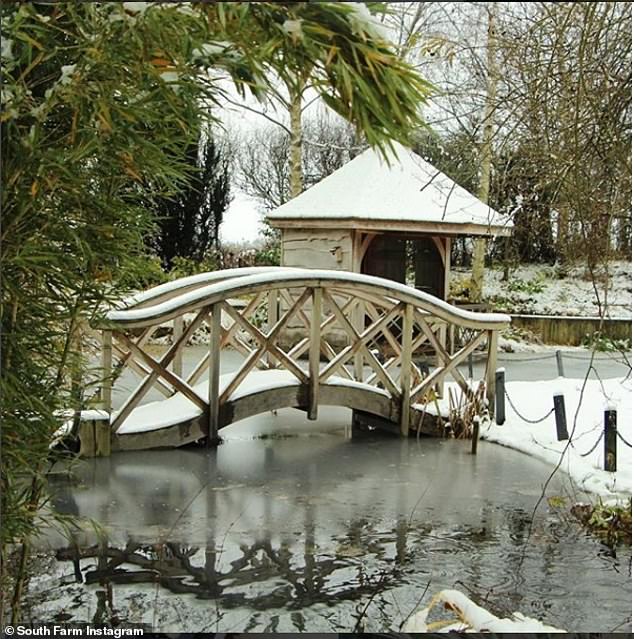 NUMBER 9: Described as ‘perfect for country weddings’, The South Farm in Cambridgeshire is a real life farm set in 20 acres of land, along with barns and various cottages. Boasting the ‘perfect backdrop for rustic and boho weddings’, it comes ninth on the list of venues 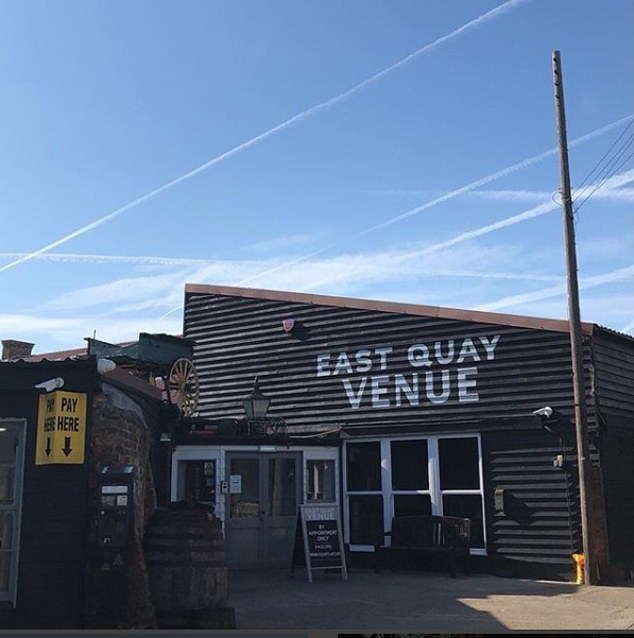 NUMBER 10: Last but not least at number ten is East Quay Venue in Kent, which has racked up an impressive 5,158 hashtags with happy brides due to its stunning direct seaside views in Whitstable Harbour, which boasts bare brick walls, local lobster and oysters.