Spoilers ahead for Outlander Season 4, Episode 7. While Outlander’s "Blood of My Blood" episode was all about Jamie and Claire in North Carolina, "Down the Rabbit Hole" shows Brianna and Roger traveling to the past, and now that these two 20th century people have journeyed to the 1700s, the Outlander Season 4 timeline has just gotten the teensiest bit more complicated. Both Brianna and Roger went back in time after discovering Claire and Jamie will die in a fire at their North Carolina home in the 1770s, but don’t let the fact that Roger heads to America with Stephen Bonnet — seemingly before the villainous pirate met Jamie and Claire — make you think that he and Brianna aren’t in the right place. Er, time. Let’s just break it down, shall we?

Brianna hurts her ankle in the Scottish Highlands after going through the stones, but she’s rather lucky that Jamie’s other wife, Laoghaire, finds her. That is, of course, until Laoghaire discovers who Brianna’s parents are. Thankfully, Brianna had time to rest her ankle and recoup before her Uncle Ian accompanies her to the docks to buy passage on a ship to the colonies. Meanwhile, Roger has chosen to go to the past to find Brianna. He left for the 18th century approximately two weeks after Brianna (in "Savages," he found out she went to Craigh Na Dun 10 days earlier). But due to her ankle injury, it’s very possible that Roger is now headed to the American colonies ahead of Brianna. 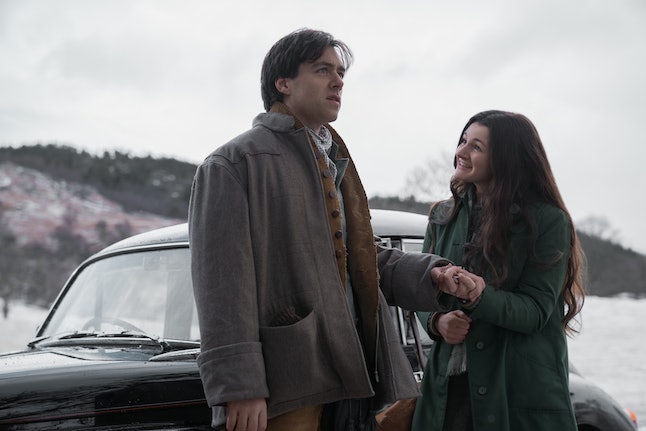 What further complicates the matter is who Roger is traveling with. Jamie and Claire encountered Bonnet during the Season 4 premiere in the year 1767 in North Carolina. Bonnet is now the captain of the ship that Roger boards in Scotland. While you might think that this means that Roger actually met Bonnet before Claire and Jamie (because while Bonnet has proven to be a sadist, he doesn’t appear to be a masochist, which is the only legitimate reason why he would want to cross the Atlantic Ocean by boat so many times), the books indicate otherwise. Small book spoilers ahead.

Time traveling isn’t an exact science and it’s slightly confusing that when people go through the stones, they go back in time about 202-203 years (rather than a clean 200). So while Brianna and Roger left in 1971, they most likely arrive in 1769, since that’s the year difference shown between them and Claire and Jamie in Episode 5, "Savages." That also matches the events in the books, per the very spoilery timeline provided on Diana Gabaldon’s site. And Laoghaire confirms that Marsali and Fergus have a child, which means it can’t be 1767, since that’s when Marsali first found out she was pregnant. 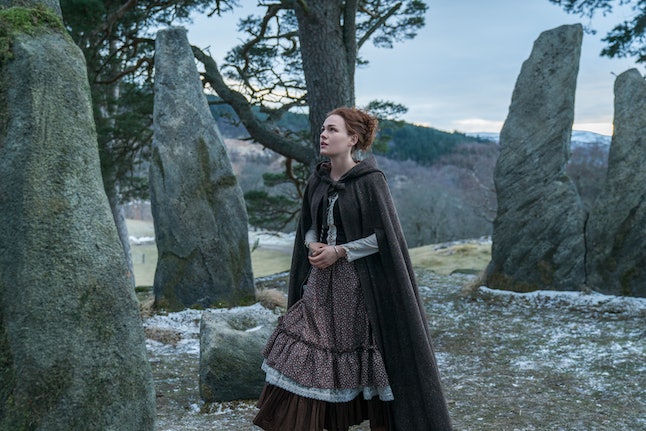 Still, it’s fair to be slightly mixed up, especially since Brianna had flashbacks to Frank. (Hoorah, the return of Tobias Menzies as Frank Randall!) But Roger and Brianna should be time traveling on the same trajectory. And depending on how long she needed to rest her ankle and how long their individual sea voyages are, they could arrive in North Carolina around the same time. Then, the next step in their mission will be to find Fraser’s Ridge. But as they’ve both already come this far, there’s hope for a big family reunion soon.