Home » Lifestyle » 'The Witcher': Everything We Know About Ciri's Powers and the Prophecy Before Season 2

'The Witcher': Everything We Know About Ciri's Powers and the Prophecy Before Season 2 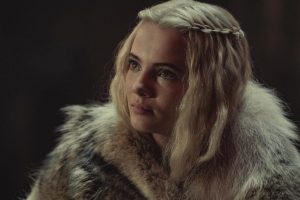 Before the Netflix premiere of The Witcher Season 2, it’s best to get a refresher about Ciri’s (Freya Allen) importance in the series and storyline. A majority of the series’s premise relies heavily on Ciri’s unknown powers connected to a prophecy about the end of days. The first season of The Witcher is still unclear on fully explaining the root of her powers and what they are.

[Spoiler alert: This article contains spoilers for The Witcher.]

Ciri’s mother had powers passed down from her grandmother

In the eight episodes of The Witcher, fans get some idea about where Ciri got her powers. In Geralt’s (Henry Cavill) timeline, he visits Queen Calanthe (Jodhi May) at Cintra. The festivities take a turn when Princess Pavetta’s (Gaia Mondadori) true love Duny (Bart Edwards) appears.

Duny claims his love for her despite his curse. He explains Pavetta was promised as a Law of Suprise. Calanthe tries to kill him until Pavetta uses unforeseen powerful magic to protect him.

Pavetta’s magic destroyed an entire throne room and required the powers of Geralt to stop her. Calanthe explains she never believed her daughter would have inherited her grandmother’s powers. But fans are unaware of where the magical lineage is from. 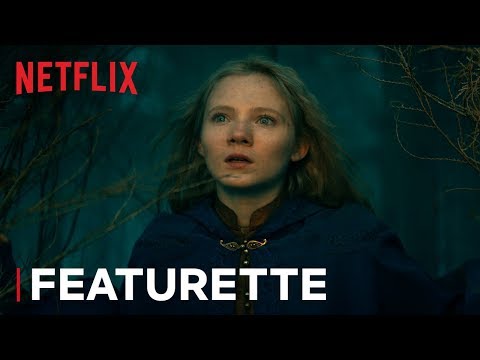 When Nilfgaard infiltrates Cintra, Calanthe orders Ciri to be taken from the palace to find Geralt. Ciri does not want to leave her grandmother and yells with unwavering force. Her scream shakes the entire room. It seems as though Calanthe and her closest advisers know of Ciri’s magical potential.

Ciri escapes Cintra but is caught by the enemy. She screams with all her might and exudes a powerful force to escape. The force of her scream causes the monolith to break and the ground to crack open. In the rest of The Witcher episodes, Ciri’s powers are not often seen or explained.

The young character does go into trances and can foresee future events. Without giving too much away about Ciri’s true purpose and what occurs in the books, Inverse explains who Ciri is.

The Witcher and Ciri’s storyline revolves around a prophecy yet to be explained. In the series, Ithlinne’s prophecy is often mentioned and might be connected to Ciri’s overall destiny. According to the books, Ithlinne is an elven prophet and healer.

The prophecy reads, “The Wolf’s Blizzard approaches, the time of the sword and axe. The Time of the White Frost and White Light, the Time of Madness and Disdain, Tedd Deireadh, the Final Age. The world will perish amidst ice and be reborn with the new sun. Reborn of the Elder Blood, of Hen Ichaer, of a planted seed. A seed that will not sprout but burst into flames!”

In episode 7 of The Witcher, Ciri is in a trance and says the same line from the prophecy about the sword and axe. But the series never fully explores the meaning of the prophecy. It is unclear if Ciri is meant to save humanity or destroy it.