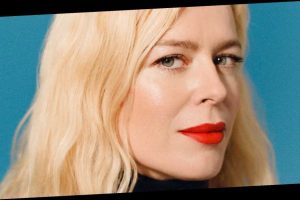 In our Reasons for Hope in America series, we spotlight thought leaders who are rewriting the rules for a brighter future. Nikema Williams Is More Than Ready Romy Reiner Learned from the Best

Carl Reiner’s granddaughter is paving her own way. Teja Foster Is Getting the Word Out

The social-media director is energizing the next gen.

Amanda de Cadenet is a true girl's girl. If you need proof, look at her photography depicting powerful women in unguarded, intimate moments. Or rewatch old episodes of her Lifetime talk show, The Conversation with Amanda de Cadenet, where she conducted interviews with guests like Hillary Clinton and Issa Rae. Her book of essays, It's Messy: On Boys, Boobs, and Badass Women, also chronicled what it means to be a feminist in the 21st century. And then there's Girlgaze, de Cadenet's digital media company and job platform dedicated to creating opportunities for female-identifying image-makers. "I've always been about badass women," de Cadenet says. "My goal is to leverage my privilege and open the door for as many as possible."

In 2016 de Cadenet put a call out on Instagram for aspiring photographers highlighting the female perspective. Thousands of images were posted using #girlgaze and suddenly a movement was born. It quickly expanded into a global community connecting female creatives with leading brands such as Levi's, Google, and Warby Parker. And last year, Girlgaze's first campaign with Dove won a Silver Lion at the Cannes Lions International Festival of Creativity.

De Cadenet launched Girlgaze in part because of her own struggle to find financially lucrative photography gigs. She grew more frustrated when less-qualified male colleagues ascended the ranks much faster. "Something wasn't adding up," she says. "My work was really good, but no one was paying me. It took me a while to realize that I was experiencing straight-up sexism." She started The Conversation to carve out another place for underrepresented voices and plans to continue that mission with a new membership community launching this year. "I wasn't able to find transparent, authentic stories from women about addiction, postpartum depression, eating disorders, and a whole plethora of other things that many of us deal with." Never one to shy away from stigmatized topics, de Cadenet shared her personal story of abortion on social media when a wave of state bans swept the country. "I'm a fucking dictionary of trauma," she says. "Sharing my most vulnerable moments has only ever helped me unite with others. Telling stories makes us feel less alone."One of de Cadenet's favorite interviewees was Jane Fonda, who candidly discussed aging, divorce, and recovering from bulimia in an early episode of her show. "I feel most confident when I'm really in the zone with someone," she says. "If you can reach that magical moment where you just see each other, it's the ultimate feeling of connection.

For more stories like this, pickup the November issue of InStyle, available on newsstands, on Amazon, and for digital download Oct. 23rd.

END_OF_DOCUMENT_TOKEN_TO_BE_REPLACED

END_OF_DOCUMENT_TOKEN_TO_BE_REPLACED
We and our partners use cookies on this site to improve our service, perform analytics, personalize advertising, measure advertising performance, and remember website preferences.Ok