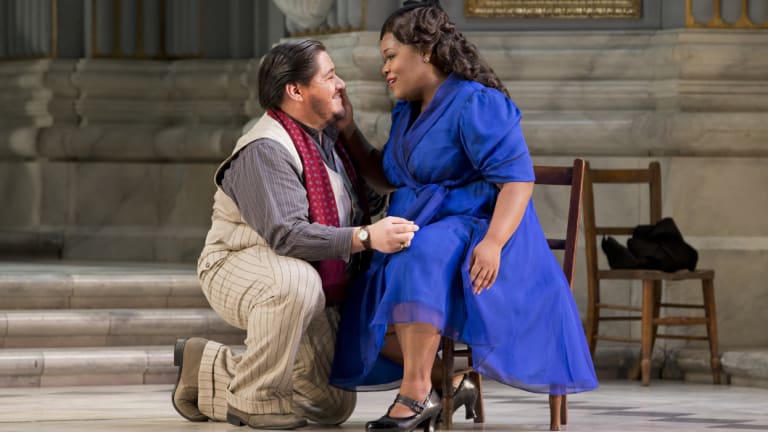 As an art form neither particularly connected with our national identity nor regularly taught in schools, ensnaring new audiences for opera is a tough ask. We’ve no local Mozarts or Puccinis, the works are hundreds of years old and tickets are expensive – why should under-40s care about opera?

It's for this reason that local companies must program accessible operas – while still providing reasons to keep more seasoned spectators coming back. This year in Melbourne we, fortunately, had both, though to varying degrees of success. 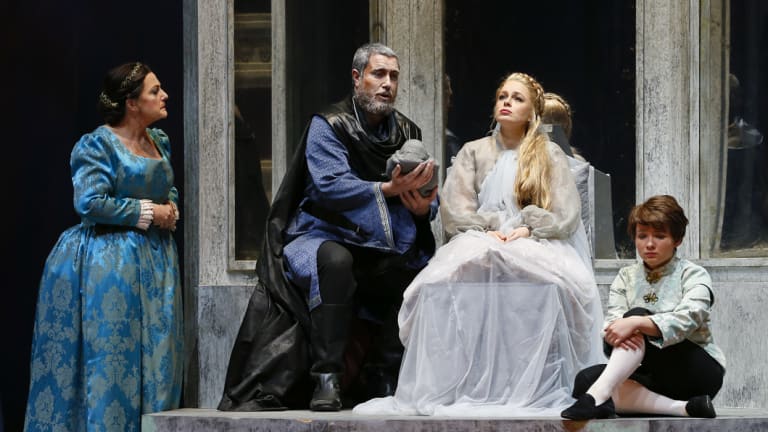 There were two major operatic events in the year, one from each of the aforementioned camps.

John Bell’s Opera Australia production of Tosca isn’t new but felt as good as. American soprano Latonia Moore as Floria Tosca was truly world class. But a whole cast of wonderful singers in a beautiful production, passionately conducted and played, made it perfect for the opera novice and connoisseur alike.

The other highlight was a piece seen all too rarely: Victorian Opera’s Pelleas et Melisande. It was a captivating dream. Mildura-born soprano Siobhan Stagg took a break from gracing the great houses of Europe to play at the Palais for the occasion – and she was a revelation. With an ethereal stage presence and impossibly beautiful voice, she, alongside Samuel Dundas and Angus Wood, ensured the entire experience won't be forgotten fast. 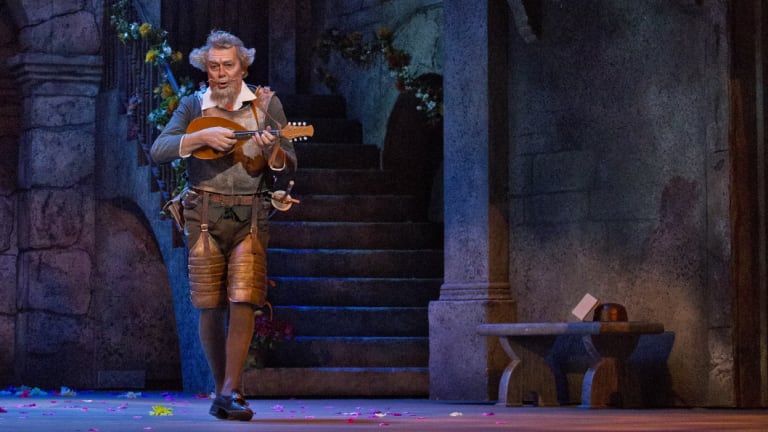 In contrast to these calendar highlights, some productions were dragged down by singers who couldn't quite hit the notes, by senseless direction or by poor programming, when the opera itself simply hasn’t stood the test of time. You also can’t afford to butcher a classic – opera regulars know what they like and what to expect and unfortunately it’s the classics that tend to attract neophytes dipping their toes in the operatic ocean. If it’s not spectacular, they won’t come back.

La Traviata and La Boheme both have the ability to make people fall in love with opera. But Opera Australia's 2018 offerings of these works included less than impressive cast members who struggled to sing their roles, resulting in thoroughly forgettable performances.

OA's Don Quichotte was long, boring and nonsensical to the point of utter frustration; VO’s futuristic production of William Tell added nothing, while sparking unintended giggles from the audience. 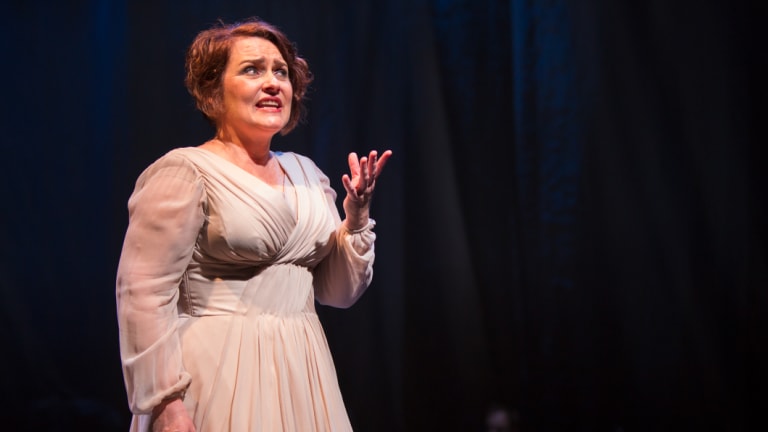 Emma Matthews made a very welcome return to the stage in 2018.Credit:Mark Gambino/Arts Centre Melbourne

But there were some other memorable nights, including OA’s Die Meistersinger von Nurnberg, Paul Grabowsky and Steve Vizard’s The Space Between, starring powerhouse soprano Emma Matthews, and excellent recitals from tenor Stuart Skelton and Pinchgut’s baroque boon with mezzo Vivica Genaux.

In 2018 the arts community also mourned the loss of VO founding music director Richard Gill, who passed away aged 76. His monumental musical influence will be sorely felt and missed.

Around the world many opera stars celebrated career milestones: Placido Domingo sung his 150th role, Renee Fleming was featured in the Oscar-winning film The Shape of Water and Aussie Jessica Pratt made her auspicious Metropolitan Opera debut.

But, like so many industries, in 2018 opera saw the rise of allegations of inappropriate sexual behaviour by senior figures. #MeToo left its important but ugly stain on the biggest opera house in the world: the Met in New York. The phrase "facing the music" has never been so literal as when the decorated career of Maestro James Levine ended in disgrace. He was fired in March after an investigation found he engaged in “sexually abusive and harassing conduct towards vulnerable artists over whom [he] had authority”. 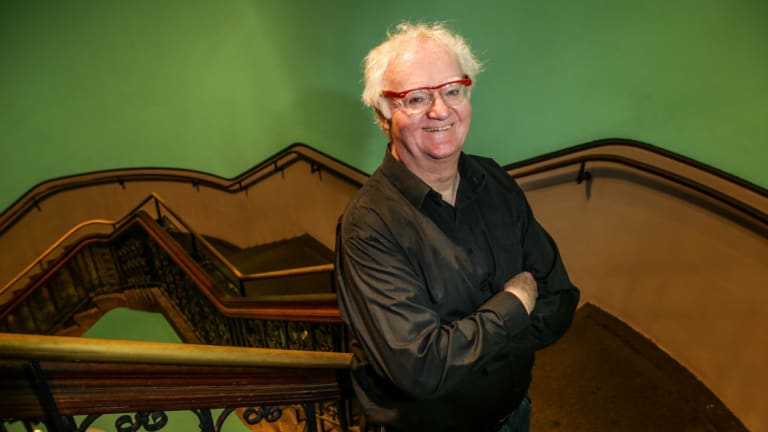 A treasure to the Australian music community, the late Richard Gill.Credit:Dallas Kilponen

Considered one of the greatest American conductors of all time, Levine is the highest profile figure in classical music to have experienced an extraordinary downfall over sexual misconduct. He has denied the accusations and is suing the Met, which in turn is countersuing him.

Swedish mezzo Anne Sofie Von Otter, meanwhile, was scheduled to perform in Sydney when she was forced to abruptly return home, just days out from her three March concerts. Von Otter’s husband Benny Fredriksson had taken his own life. After 16 years as the head of Stockholm’s premier arts and culture centre, Fredriksson resigned in 2017 following claims of sexual misconduct, accused of behaving like "a capricious dictator" who created a culture of fear and harassment. Von Otter would later go on to blame the #MeToo movement for the “deepest depression” which drove her husband to take his own life. “You can break a person,” she told a German newspaper.

Closer to home, former OA chorister David Lewis was sentenced to three years' jail for the sexual assault of a girl 20 years his junior in the 1990s.

On the other side of the equation, an Italian production of Carmen this year altered its ending so that the heroine killed her abusive lover, rather than being killed by him. 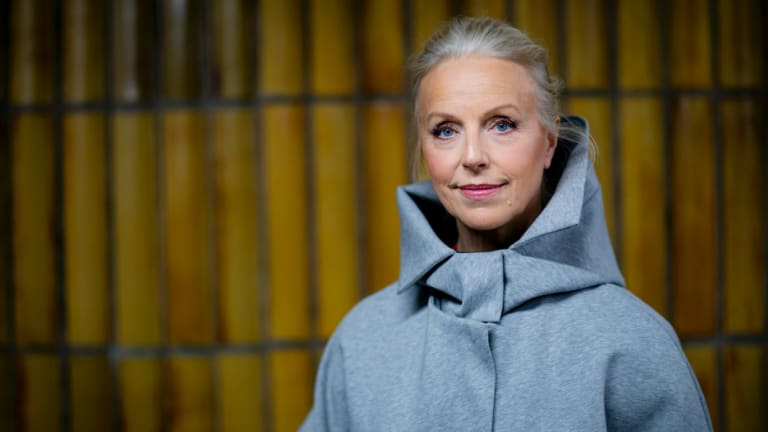 Melburnian opera lovers have much to look forward to in 2019, including concerts from Jonas Kaufmann and Bryn Terfel, as well as Lise Lindstrom singing the title role in Turandot. But big names aren’t everything; Melbourne opera audiences are kind and "bravos" are exclaimed, standing ovations executed, more often than not. Hopefully, 2019 has more of what the people want and deserve.