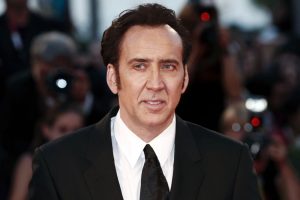 Nicolas Cage made his debut in Hollywood with a television special in 1981. The actor began his career starring in comedies and drama movies until the 90s when he played light-hearted lead roles that got appreciated by audiences. After struggling with finding roles in the early 90s, his career picked up after winning the Oscar for a leading role in 1995. Cage began to star in action-packed big-budget movies that have become classics for their plots, cast, and stunt work. He has appeared in numerous films and became a pop-cultural icon for the gripping dialogues, action, and fight scenes that have earned him several accolades over the years.

From movies with plots that save the world to working in romantic comedies and crime thrillers, Nicolas Cage has a diverse portfolio of acting roles that have made him a well-known figure in the world today.

The first starring role of Nicolas, Valley Girl, is one of his most memorable performances. Adapted from William Shakespeare’s novel Romeo and Juliet, the movie broke the stereotype of blissful romantic comedies to bring a fresh take on-screen, as noted by Screen Rant. At 18, Cage earned his breakthrough with the movie that grossed $16.8 million at the box office.

Made by the Coen brothers, Raising Arizona is a crime comedy that made $22.8 million in theaters after its release. The actor stars as an ex-convict alongside Trey Wilson and Frances McDormand. The movie received mixed reviews during its release; however, it has grown into a charming original work that is appreciated by movie lovers today.

A wondrous experience about love and relationships, Moonstruck stars Cage opposite Cher, who plays the role of an Italian-American widow. As mentioned by IMDB, the movie got nominated for six Academy Award nominations, and Cher won an Oscar for Best Lead actress. A hilarious movie with skilled performances, the film made $80.6 million worldwide.

Directed by the master of surrealism, David Lynch, Wild At Heart did not feature the bizarre scenescapes similar to other Lynchian movies however showed creative allusions of the characters. Cage and Laura Dern starred as two lovers on the run in the dark road comedy film. The movie was poorly received during its release, earning only $14.5 million, but over the years, it has been critically appreciated and got ranked amongst the most prestigious films of all time.

Based on the novel of the same title, Leaving Las Vegas was a career-defining role for Nicolas, who won an Oscar for his portrayal as the male lead. Playing the role of a suicidal alcoholic, the actor showed his varied acting range playing a devastated, tragic character. The semi-autobiographical movie by Mike Figgis grossed $49.8 million against a $3.6 million budget.

Directed by the master of explosions Michael Bay and starring Cage, the movie brought a dangerous duo to collaborate for an action movie that made $336 million. Cage starred alongside Hollywood A-listers Sean Connery and Ed Harris. The Rock is an essential movie in the actor’s career as it put him in the spotlight as the most unlikely action star who later became famous for his action movies that have garnered millions at the box office, as reported by Collider.

A movie solely watched as an entertainment flick, and Con Air teams Nicholas with John Malkovich and John Cusack to create a movie to be remembered for generations. One of the most popular guilty-pleasure movies, Con Air, received heavy praises for its over-the-top action sequences and lively performances under large visual backdrops, amassing $224 million in theaters.

Face/Off defied science and technology when John Woo directed a movie that introduced face-off technology in Hollywood and made $241.2 million from it. Cage and Travolta played the lead roles who swapped faces during a transplant. The stellar cast gave stunning performances, and Face/Off was also nominated for an Academy Award for Best Visual Effects.

A cult classic, Gone In Sixty Seconds has become a popular movie over the years since its release. The Cage and Angelina Jolie gave strong performances despite the ambiguous plot and significantly impacted the box office, earning $232.6 million. According to Celebrity Net Worth, The actor was paid a whopping $20 million in salary for playing the starring role.

Another movie that earned him a $20 million paycheck, National Treasure, is the first movie of the series. Nicholas is an ancient artifacts collector who journeys with Sean Bean and Christopher Plummer to find the secrets behind the map of the Declaration of Independence. The action sequences made it an entertaining flick and grossed $331.3 million worldwide.

His other famous movies include Ghost Rider, Adaptation, and Matchstick Men. Through his diverse acting credits, he has managed to earn a dedicated cult fan following on social media platforms. Nicolas Cage is a cultural phenomenon known for his famous one-liners and action sequences. The actor will be next seen starring in the 2022 action-comedy The Unbearable Weight of Massive Talent.

READ NEXT: The 10 Highest-Grossing John Malkovich’s Movies Of All Time