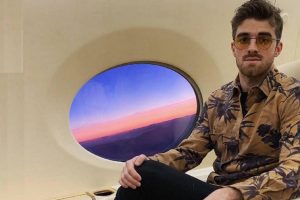 Life would be as dry as sand without music. Music allows us to feel alive with all of its amazing beats, magical lyrics, and the mood it sets to the crowd, without DJs. Even some celebrities throw massive parties and without DJs parties will be dead. DJs are often first ones to learn which new artists are getting attention, what songs aren’t getting any response from the public, and which songs are popular with listeners. These DJs create amazing mixtapes that the people love to listen to.

A great party is mainly led by a great DJ; and in times where people grew fond of partying, DJs are really hitting the spotlight and are no longer only performing in clubs; they now have their own radio and television shows. The wealthiest DJs in the world amass enormous wealth through their work. Here are the top 10 richest in the world as of 2022:

RELATED: The 10 Richest Investment Bankers In The World

Paul Oakenfold has over 100 remixes for over 100 artists, including U2, Madonna, and Michael Jackson. Two times, in 1998 and 1999, DJ Magazine ranked him as the top DJ in the world. Paul Oakenfold is among the highest-paid DJs, with a projected net worth of $65 million in 2022.

Following his duo, Andrew Taggart is one of the members of The Chainsmokers, an American DJ and production team. Their team is one of the most well-paid artists in the world.

With a net worth of $70 million as of September 2022, he made it to the list following his business partner. The Chainsmokers is known for their singles All we know, Closer, and Roses.

For the eight place, Alex Pall has an estimated net worth of $80 million. He began his work in 2012, and during the past seven years, he has earned tremendous money. Pall is part of The Chainsmokers, an American electronic DJ and production team.

He is a co-founder of the organization Le Knight Club along with Éric Chedeville. Making it to the seventh place, Guy-Manuel’s worth is reportedly $90 million as of September 2022.

Thomas Bangalter is a French musician, record producer, singer, songwriter, DJ, and composer with an estimated net worth of $90 million that gave him his spot in this list. He is part of the former French house music duo Daft Punk.

He is also the owner of the record company Roulé. In addition to his music career, he works as a cinematographer and a film director. Bangalter is known for his tracks Sangria, What to Do, and Spinal Scratch.

American DJ, record producer, music curator, and record executive Steve Aoki is the heir to Rocky Aoki’s money, which came from the Benihana restaurant chain. Aside from being an heir, Steve Aoki is listed as one of the richest DJs in the world with a net worth of $120 million. He is listed as a record producer, electro house artist, DJ, and Miami-born music executive, among other titles.

He has worked on projects with artists including Afrojack, Linkin Park, and Iggy Azalea, among others. He has produced several singles that captured the crowd including Pursuit of Happiness, Just Hold On, and Boneless.

Who doesn’t know the song Titanium which invaded the whole world in 2011. David Guetta is considered to be the fourth on the list of the 10 richest DJs as of 2022. Aside from this single featuring SIA, the release of his 2009 album One Love, which featured the hit singles, When Love Takes Over, and Gettin’ Over You, Sexy Bitch Guetta became a party-essential.

The top French DJ and producer of house music’s wealth is valued at $150 million. He has sold more than 50 million albums to this point. He makes an average of $30 million per year.

In 1997, DJ Tiesto together with Arny Bink co-founded the record company Black Hole Recordings, under which he put out the Magik and In Search of Sunrise CD series. Because of that, Tiesto became the third wealthiest DJ in 2022 with an estimated net worth of $170 million.

Dutch DJ and music producer Tijs Michiel Verwest (often known as Tisto) hails from Breda. The Magik and In Search of Sunrise CD series are well-known from the studio. DJ Tiesto was selected to serve as the foundation’s ambassador in 2006.

Gianluca Vacchi– a Techie + Gamers claim that the Italian DJ surely knows how to enjoy his well-earned money. The estimated net worth of Italian DJ and entrepreneur Gianluca Vacchi is $200 million. When he was 46 years old in 2013, he started his DJ career. He now has a recording deal with Spinnin’ Records, a dance music label, and he has released a few tracks called LOVE, Viento, and Para which a lot of people have shown their love for.

Calvin Harris is known for his singles We Found Love, This is What you came for, and How deep is your love. This Scottish DJ, record producer, performer, and composer is recorded as the wealthiest DJ in the world with a reported net worth of $300 million. He is the proud awardee of four MTV Video Music Awards and a Grammy Award. He is among the highest-paid DJs per show, earning more than $400,000.

READ NEXT: These Are The Richest Lawyers In The World, As Of 2022