Home » Lifestyle » These Are The Most Expensive Purchases Of Cher

These Are The Most Expensive Purchases Of Cher 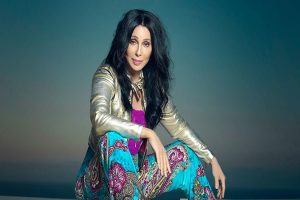 Regardless of what decade you grew up in, chances are, you’re familiar with icon Cherilyn Sarkisian, better known simply as Cher. She brought us hits like I Got You Babe in the 1960’s as a musical duo with the late Sonny Bono and after her solo career took off, continued to top the charts with 1989’s If I Could Turn Back Time and a decade later, Believe.

Whether she’s been in the spotlight for her relationship woes or a Las Vegas residency, fans flock toward seemingly anything the famous singer does. Today, the 76-year-old has a net worth of $360 million and boasts 100 million records sold, making her one of the world’s top selling musical artists of all time.

Check out the many ways in which the singer/actress spends her fortune.

According to The Things, it’s hard to list all of the property Cher owns at any given time, as she’s famous for buying and selling frequently. She has several homes in California, one in Hawaii and one in London, but perhaps her most famous home is the Malibu mansion estimated around $45 million. The 16,000 square foot, three-story mansion is an Italian renaissance villa, located on a high bluff, overlooking the Pacific Ocean. Rumors surfaced when fellow musical icons Beyonce and her rapper husband Jay Z had their eye on the property, but as of 2020, Cher still owns the mansion.

Known for her countless red carpet and show pieces, fans have seen Cher’s belly-baring halter tops, feathers, sequins, wild wigs and don’t forget the cut-out body suit from her If I Could Turn Back Time video. The musician was wearing barley-there gowns before it became the fashionable thing to do, but audiences tuned in to see what Cher would wear next.

The singer has shared with fans some of the surgeries she’s undergone to keep that youthful look. In 2018, she had rhinoplasty, which runs approximately $5,000, a facelift (another $10,000), breast augmentation ($5,000) and dental surgery. Of course, a good set of genes and a lifestyle of healthy living has gone a long way but Cher isn’t against a little work now and again.

Cher has said she exercises at least five days per week to keep up her physique. Most likely, a more active woman in her 70’s, the Gypsys, Tramps and Thieves singer knows what it takes to deliver a high-performance concert and has to stay in her best shape to get the job done. Though she hasn’t shared who her personal trainer is, we know celebrity trainers can charge up to $500 per hour.

The typically private star has shared photos of her pantry in the past, stocked with top-of-the-line supplies such as a set of Creuset dishes, worth more than $1,000. The pantry itself, shows the time and energy she puts towards keeping nice things in the best shape with drawers and baskets organizing the pristine room.

Cher is mom to two British semi-long-haired cats, Zen and Mala and is a huge animal advocate. The breed runs up to $1,200 a piece and the general care needed for any pet babies can run into the thousands. For example, back in 2012, the icon shared her devastation as her cat, Mr. Big underwent costly treatments at a veterinary clinic. She kept fans up to date as Mr. Big was receiving IV fluids in an oxygen tent and tested by echocardiogram.

When Cher heard about security guard Marlon Anderson being fired for asking a student not to use a racist word against him, she volunteered to pay the legal fees for Anderson to sue the school.

She’s donated $130,000 to projects like Operation Helmet, according to The Talko, to supply helmet upgrade kits to troops in Iraq and Afghanistan. Cher has also traveled to numerous countries, bringing food and medical supplies to those who need it.

According to The Netline, the singer/actress is focusing on animal rescue as she nears retirement. Fans alerted the star to Kaavan, an Asian elephant from Sri Lanka being kept in chains at a Pakistan zoo. He was underfed and lonely when his mate passed away. Cher set to work, launching a charity called Free the Wild to fund the restoration of wild animals and fought for Kaavan’s release through the court system. The elephant’s relocation cost $400,000 and according to Cher, the money was well worth watching the animals’ demeanor as he was set free.

Sources: The Things, The Talko, The Netline