The Marvel Cinematic Universe has been churning out superhero movies for over a decade now, and its 21st film, Captain Marvel, hits theaters this weekend. Not only is it a big deal because it’s the MCU’s first female-led superhero movie, but it’s coming in at kind of a big deal spot in the timeline for our beloved Avengers, and thus, Captain Marvel is filled with Easter eggs for fans.

As no Marvel fanatic can forget, Avengers: Infinity War ended with the Mad Titan Thanos acquiring all six Infinity Stones in one Gauntlet, snapping his fingers, and obliterating half of all life in the universe. In the aftermath of the snap, many of our beloved characters dusted away.

So Captain Marvel has got to be the one that’s going to come along and save the day or figure something out in Avengers: Endgame, right? I mean, why introduce her as basically the most powerful superhero ever in her own standalone movie if she’s not going to do something pretty epic? So naturally, Captain Marvel makes a lot of references to other MCU movies, Marvel characters, and plot points in order to tie it into the whole grand story. Here are all of the Marvel easter eggs we found while watching Captain Marvel. Major spoilers ahead! 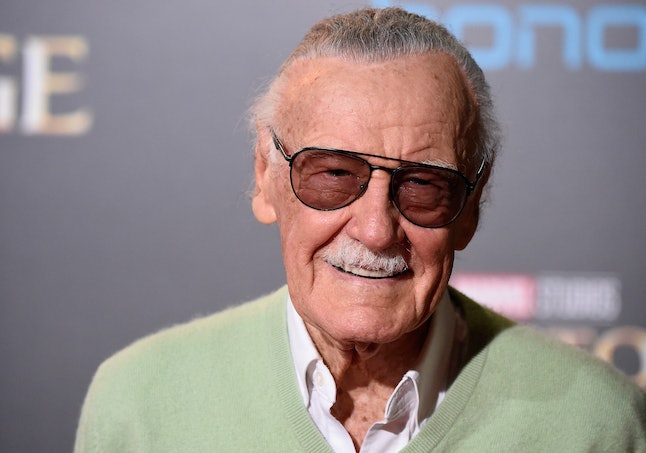 Captain Marvel features a pretty wonderful tribute to Marvel Comics creator Stan Lee in its opening logo, utilizing all of Lee’s MCU movie appearances in place of its usual comic pages as a lovely sendoff. Lee also makes one of his last few MCU acting cameos in Captain Marvel after passing away this past November. (MCU producer Kevin Feige said on the red carpet that Lee has at least one more coming up.) When Brie Larson’s character, at that point known as Vers, is pursuing a Skrull shapeshifter on a Los Angeles bus, Lee can be seen reading the screenplay for Mallrats, in which he appears, and practicing his line, "Trust me, true believer." He and Larson share a knowing smirk before she moves on.

The Kree are the alien civilization from the planet Hala in which Carol Danvers has been living for some time as a Starforce soldier named Vers at the start of Captain Marvel. A militaristic society known for their blue skin (though they do "adopt" other humanoids), they’re ruled by an artificial life form known as the Supreme Intelligence. Much of the conflict in Captain Marvel stems from the ongoing war between the Kree and the Skrulls, the lizard-like green shape-shifters. The Kree first appear in the MCU in Guardians of the Galaxy, with Yondu and Ronan the Accuser both playing major parts in that story line. The race has also made appearances on the ABC series Agents of S.H.I.E.L.D.

Speaking of Ronan the Accuser (Lee Pace), he also makes an appearance in Captain Marvel, consulting with the elite Kree squad collecting its spy from Skrull territory. You may recall from Guardians that the Kree have long-standing beef with the Nova Corps, an opposing empire based on the planet Xandar. The war started centuries before the events in Captain Marvel, but at some point between that movie and Guardians, Ronan joins up with Thanos to help him get the Power Stone in exchange for help defeating the Nova Corps.

Another Guardians of the Galaxy character and Kree soldier appears in Captain Marvel as well. Korath the Pursuer, played by Djimon Honsou, is also a member of Vers’ and Yon-Rogg’s (Jude Law) elite Starforce team. He ends up a member of Ronan’s gang by the time Guardians takes place. 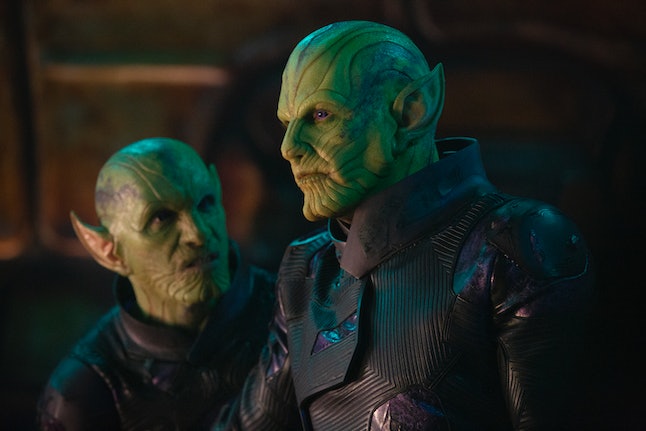 Torfa is a planet on which a bunch of Skrull are hiding out during the Kree-Skrull war that takes place during Captain Marvel. Not much happens there in the movie, but Torfa is important in the Marvel comics. As it turns out, Torfa is a planet with a highly-toxic atmosphere caused by Vibranium. Since we learn in Black Panther that the Vibranium in Wakanda is the result of a meteor crash landing there, Torfa might just be from where it originated.

From the previous Avengers movies, we know that Project P.E.G.A.S.U.S. was S.H.I.E.L.D.’s program studying the power of the Tesseract. But Captain Marvel brings us a big farther back into the past, when Project P.E.G.A.S.U.S. was run by Dr. Wendy Lawson (Annette Bening) who was an Air Force test pilot using Carol Danvers and her team to test out a new power source for faster-than-light speed stemming from the power of the Tesseract. In the comics, P.E.G.A.S.U.S is a base and the acronym stands for Potential Energy Group/Alternate Sources/United States. But it was also used as a prison for those with super powers. 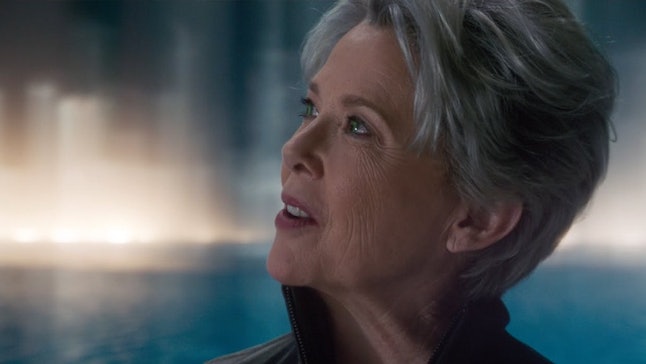 And Dr. Wendy Lawson (Annette Bening) wasn’t really who she said she was. As Captain Marvel reveals, Carol Danver’s mentor was actually a Kree undercover agent who was sent to Earth to study the Tesseract. Her Kree name is Mar-Vell, nodding back to the name of the very first Captain Marvel from the comics, though in the comics, Mar-Vell was a man, making for a nice case of mentor gender-swapping. 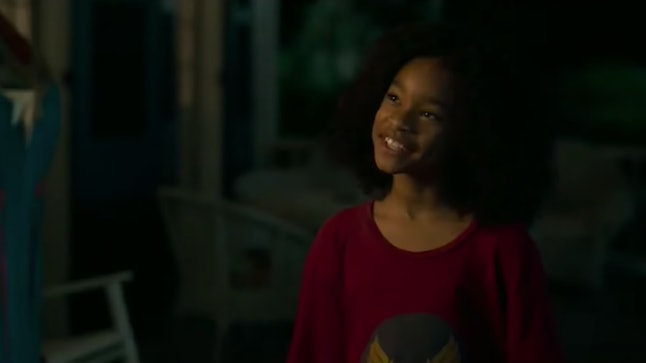 But Carol Danvers and Mar-Vell aren’t the only heroes to sport the Captain Marvel moniker that appear in this movie. Monica Rambeau (Akira Akbar), the young daughter of Carol’s fighter pilot BFF Maria Rambeau (Lashana Lynch), also carries the mantle in the comics. In the movie, Monica quips that she’s going to build a spaceship and Carol nicknames her "Lieutenant Trouble." But after being Captain Marvel for a while (before Carol in the comics, actually) Monica later uses the name Spectrum, as well as Photon, which is funny because "Photon" is her mom’s callsign, which we see printed on the side of her Air Force jet.

All things Avengers must come back to an Infinity Stone, right? The Tesseract, a.k.a. the Space Stone, was the first Infinity Stone of them all to appear in the MCU. (At the end of Thor.) In Captain Marvel‘s 1995, the Tesseract was in the hands of S.H.I.E.L.D., having been dug up from the ice by Howard Stark and handed over to the secret organization. Project P.E.G.A.S.U.S. was an incentive under S.H.I.E.L.D., to specifically study the Tesseract’s power, so it seems that Dr. Lawson was trying to figure out how to apply that to space flight.

At the end of Captain Marvel, Nick Fury (Samuel L. Jackson) is putting together a new initiative for S.H.I.E.L.D. that he’s dubbed "The Protector Initiative." But when he takes a look at an old photo of Carol Danvers boarding her Air Force jet, he notices her call sign: "Avenger." The nickname inspires Fury to change the name to "The Avengers Initiative," which has a much better ring.

Naturally, Nick Fury’s pager that he uses to call Captain Marvel with during the post-credits scene of Avengers: Infinity War makes an appearance in the film. But while his device is a typical ’90s two-way pager, Captain Marvel gives it a technologically advanced upgrade, and specifies that it’s "for emergencies only." Something tells me Thanos wiping out half the population of the universe counts.

Even though Captain Marvel predates the Avengers, there are references and clues that will likely matter a great deal as the series goes on.