If you grew up watching iconic Disney princess movies, I’m willing to bet your childhood self tried at least once to brush your hair using a fork, a la Ariel in The Little Mermaid. If you had tons of texture like me, you most likely realized quickly that this wasn’t a realistic approach to hair maintenance — however, it appears a brand at Hot Topic has figured out another way to work the dinglehopper into your daily beauty routine. Behold, The Little Mermaid Dinglehopper makeup brushes, the utensil-shaped novelty makeup applicators I didn’t know I needed until this very moment. To think, I thought creating mermaid waves in my hair was the key to an Ariel-approved look, and all this time I just needed to treat myself to some new makeup brushes.

For those of you who might not remember every single scene in The Little Mermaid down to the line — I get it, not everyone lived in the ripe era of Disney princess films — allow me to introduce you to the dinglehopper. When seagull Scuttle presents Ariel with a found fork, he calls it a dinglehopper, claiming, "Humans use these little babies…to straighten their hair out." He’s incorrect, but at that moment, I remember swearing I’d try out this new use as soon as my fork from dinner emerged squeaky-clean from the dishwasher. I was young and impressionable, and I wanted gorgeous hair like Ariel’s! Can you blame me?

"See? Just a little twirl here and a yank there and voila," demonstrated Scuttle:

"You’ve got an aesthetically pleasing configuration of hair that humans go nuts over." Voila:

And of course, when Ariel gives it a go, she’s able to comb her red locks tangle-free with ease:

For those of us without that never-knotted, Disney princess dream hair, this isn’t possible. Obviously, somebody wanted to include a dinglehopper in their beauty routine regardless, and thus the Her Universe Destination Disney The Little Mermaid Dinglehopper Makeup Brush Set ($22, originally $27, hottopic.com) was created. 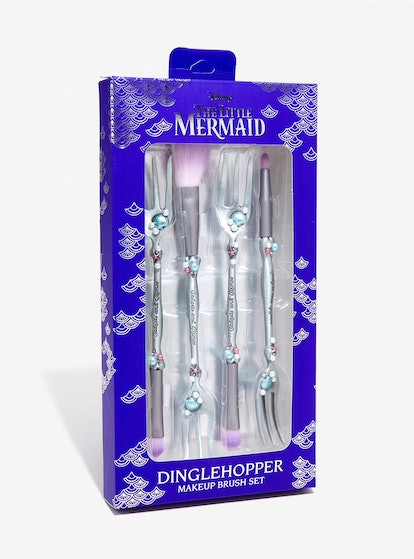 The four-piece set includes a powder brush, two eyeshadow brushes, and one lip brush, all of which have purple-tipped bristles, fork-shaped ends, and the words "Gadgets and Gizmos" written on the handles.

Whether or not they’re necessary, you can’t deny they’re cute: 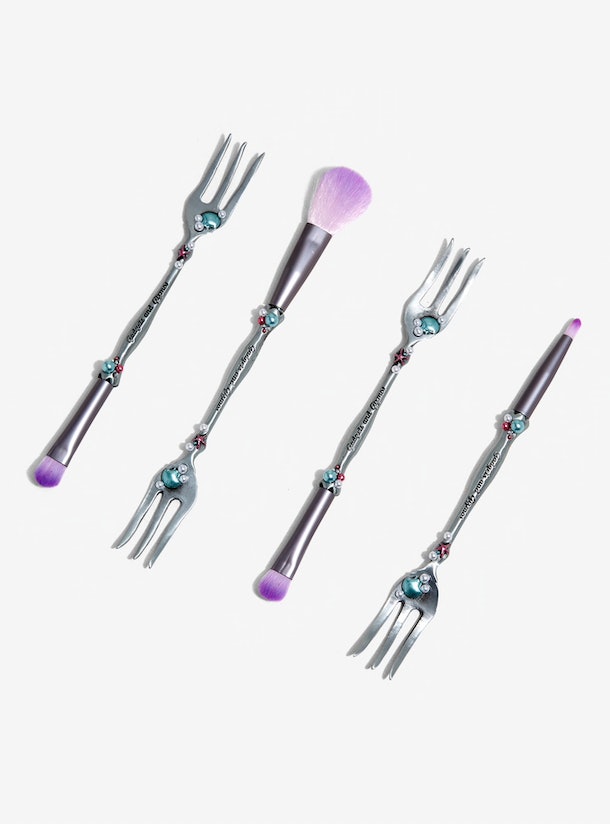 TBH, I’ve already got gadgets and gizmos aplenty in my makeup collection (See what I did there?), so maybe it’s a blessing in disguise that these are currently sold out. Fingers crossed for a restock, though. Long live the dinglehopper!

Me, waiting for these makeup brushes to be restocked:

And BTW, if you are still stuck on using dinglehoppers in your hair exclusively, Hot Topic has you covered. They’re also selling these Loungefly Disney The Little Mermaid Dinglehopper Hair Sticks ($10, hottopic.com) which would look so stinking cute styled with an updo. 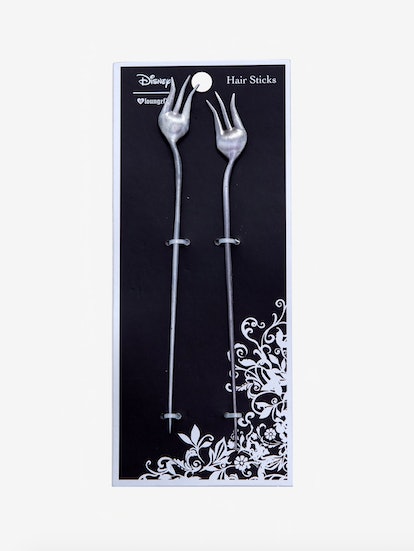 Hot Topic is basically The Disney Store for adults (Did anyone else beg their parents to take them to The Disney Store in the mall as a kid? Just me?), and I’m loving that they have so many fun, novelty items through which we can indulge in our Disney nostalgia. Now I just need some Rapunzel-inspired hair extensions and my Disney beauty routine will be complete.