Home » Lifestyle » ‘They are not all going to sell’: Luxury property market falls

‘They are not all going to sell’: Luxury property market falls

Prime property prices – the most expensive 5 per cent of homes in a market – have fallen or are barely rising across major Australian cities, Knight Frank research found. 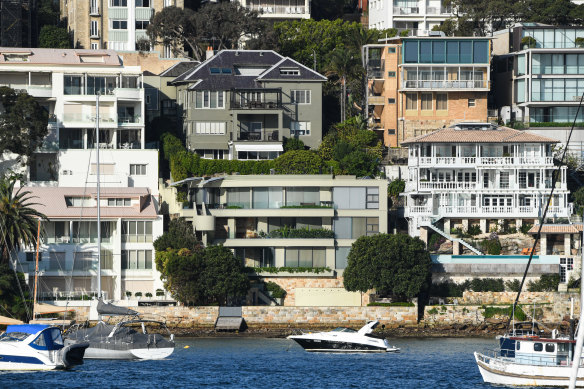 Sydney prime property prices have fallen by 1.9 per cent in the September quarter, the Knight Frank Prime Global Cities Index found. Brisbane fell 2.4 per cent, the Gold Coast lost 1.6 per cent and Perth slipped 0.4 per cent. Melbourne prices edged higher by a modest 0.7 per cent.

Rising interest rates have pushed property prices lower in the broader market and reduced how much money home buyers can borrow. But top-end properties are less affected because many wealthy buyers have had success in business and can purchase a home without a mortgage.

Instead, top-end property markets can be affected by the level of economic confidence – but can also be asset-specific when a buyer finds a home they like.

“Where increased mortgage rates have stunted the growth within our mainstream residential markets since mid-year, the ongoing global economic uncertainty and the flow on to other asset classes within wealth portfolios, have only recently started to impact the prestige residential market,” Knight Frank head of residential research Michelle Ciesielski said. 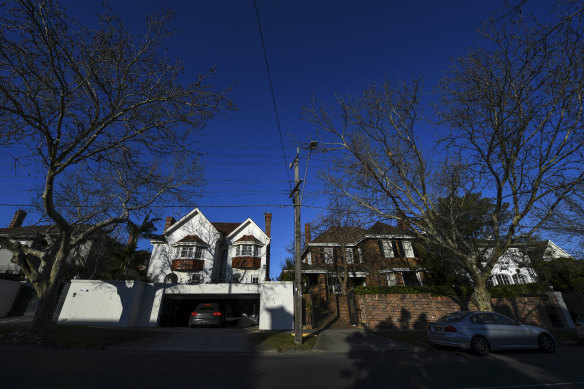 Buyers are cautious about the economic outlook.Credit:Penny Stephens

Australia’s collective prime residential prices fell 1.2 per cent in the third quarter, but were still 6 per cent higher than a year ago, she said.

After the pandemic boom, prime prices in each of the cities are still higher than a year ago: Sydney is up 5.4 per cent, Melbourne up 6.7 per cent, Brisbane up 5.2 per cent, Gold Coast up 11.3 per cent and Perth up 3.4 per cent.

In Sydney, Brad Pillinger, of the eponymous selling agency, said there had been a reduction in the volume of prestige homes for sale, which had helped to maintain prices.

There were fewer homeowners trading one residence for another, he said. Many homes for sale were listed because they were a deceased estate, and there were not many opportunistic sellers, he said.

“It is a self-perpetuating thing in the sense that people selling have less confidence about buying an alternative,” he said.

He said the prestige market was the least affected by interest rate movements, as participants buy and sell based on individual circumstances such as marriages, separations, upsizing or downsizing.

In Melbourne, buyer’s advocate David Morrell, of Morrell and Koren, said the $5 million to $10 million bracket had an influx of new listings late in spring that would enable buyers to be more choosy.

Several properties in that price range in South Yarra and Toorak have recently hit the market, along with some more expensive offerings in the same neighbourhoods, and in Brighton and on the Mornington Peninsula.

Some had been offered quietly off-market earlier, did not sell, and were now listed publicly to try to get a result before Christmas, he said.

“There is so much choice for the limited buyers there,” he said. “They are not all going to sell.”

But more expensive homes were a different story, as the ultra-top end runs to a different drumbeat, he said.

He added global financial markets had changed in the last few weeks, and many buyers were cautious, although they would still purchase high-quality properties.

“This time last year everything was going nuts, people were trying to buy things before auction,” he said.

Most Viewed in Property