Home » Lifestyle » ‘This is war’: Professor says immediate lockdown will stop the spread of virus

‘This is war’: Professor says immediate lockdown will stop the spread of virus 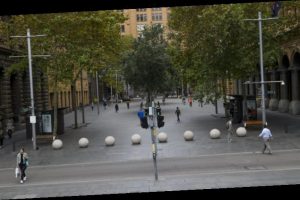 The head of one of the country's leading medical research institute has called for an immediate nationwide lockdown of non-essential services to combat the spread of the Covid-19 pandemic.

Professor Brendan Crabb of Melbourne’s Burnet Institute said there should be “the strongest possible containment measures, with the exception of essential services” for a period of two-to-six-weeks in order to give the nation the best chance of containing community transmission.

“Every day matters now” he told The Sydney Morning Herald and The Age on Thursday. 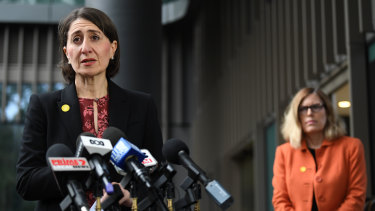 “This is war, this is an actual war being fought."

Lockdown now would “give you the best chance of it being for a short period of time", he said.

Professor Crabb said it was not clear the public was listening to health warnings and messaging about social distancing, and that “a lockdown type mentality sends an unambiguous message that just cannot be misconstrued.”

“And if it turns out that that was an over-reaction, then not much harm done. I really respect the people [at national level, making the case for a staged approach] but I would want to see very strong reasoning for why they would not go as hard as they can early, in reverse to what is happening.

“We are likely to be at the most extreme containment measures in two-to-three weeks in any case. So [that will mean ] a lot more community transmission than if we went to the most extreme measures that we could take right now.

“We will be no faster in developing the tools we need to detect, trace, track and quarantine all those in the community who have it. That will take the same time regardless. So if we reach that period with a much lower number … really we have a better chance of keeping this under control."

He said the nation still did not have enough testing capacity and “that is no one’s fault, we are scrambling to get it.” This would require extra manpower as well as the diagnostic kits.

“Do we have to second all the public health workers who are not in the health system? This is what we are talking about from groups like us who are academics. Do we need the military to help us, with their brainpower and digital capacity and their boots on the ground?”

Professor Crabb said a lockdown would apply to schools. “I would have thought that it’s pretty logical until we know better to assume schools were potentially significant sources of community transmission”.

He said governments could come up with a plan B to provide for health workers and others who would be impacted by school closures, including how to support those from low socioeconomic backgrounds, but “I would strongly favour a precautionary approach with schools until we know better what is happening there, and the precautionary approach is to assume that transmission [ in schools] is happening.”

“The main point is pulling every lever you reasonably have, now”

Professor Crabb said Victoria’s chief medical officer Brett Sutton strongly supported a lockdown. “My reading of it is they would desperately like a national, coordinated unified response, and that's terrific. But at the same time, Victoria pretty clearly has a view that there is a very strong argument for going hard as soon as possible, not incrementally creeping toward it.”

NSW Premier Gladys Berejiklian also flagged on Thursday morning that the state would move, without the Commonwealth if necessary, to tougher lockdowns unless there was evidence that the partial measures taken thus far were “flattening the curve".

Professor Crabb said around 10 per cent of cases being picked up nationally were not linked to travel or contacts of travellers, and that was with the relatively narrow testing regime there has been to date. It also only reflected the position of 10 to14 days ago, given incubation time.

END_OF_DOCUMENT_TOKEN_TO_BE_REPLACED

END_OF_DOCUMENT_TOKEN_TO_BE_REPLACED
We and our partners use cookies on this site to improve our service, perform analytics, personalize advertising, measure advertising performance, and remember website preferences.Ok