If you ask anyone who the most famous celeb couple is, you’ll get your fair share of guesses. But honestly, there’s really only one right answer here: Kim Kardashian and Kanye West. Kimye has been in the spotlight for some time now. Just how long? Well, Kim Kardashian and Kanye West’s relationship timeline will help you keep up with one of the world’s most famous couples and their backstory.

As of late, the always-open and honest Kardashian has discussed some very personal details about her marriage to West. In fact, during her appearance on The Alec Baldwin Show on Oct. 21, she commented on her relationship, per People, and definitely raised a few eyebrows in the process.

"I think being with a man like Kanye, you have to learn how to be a little bit not-so-independent," the reality star said, "I’ve always been so independent and working, and [had a] schedule, and when you get married and have a husband that has their career and then have kids, your independence … you have to let it go." She also added, "I had to learn that being with a man like Kanye."

It’s definitely an interesting way for the Keeping Up With the Kardashians star to describe how she’s evolved since marriage. In case you’re wondering just what Kimye’s relationship journey (and, consequently, Kardashian’s personal journey) has entailed, the following timeline has got you covered. 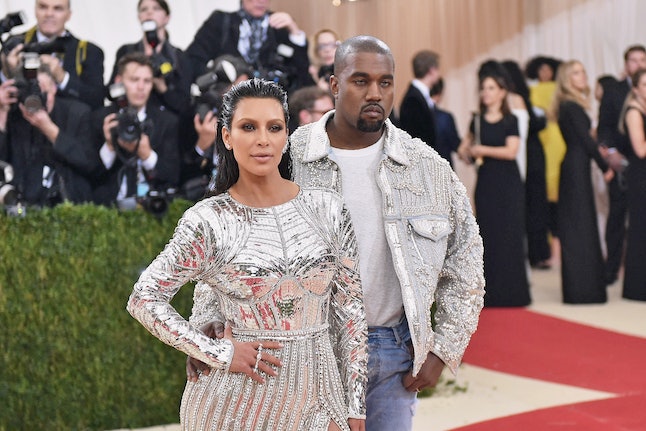 It might sound wild, but long before Kimye was even a thing, the pair met way back in the early 2000s. During the 10th anniversary special for Keeping Up With the Kardashians, Kardashian revealed how she met her husband around 2002 or 2003, per Teen Vogue. She also let it slip that he didn’t exactly know how to pronounce her last name then.

"I met him I think in 2002 or 2003. He was recording a song with Brandy, and I was her friend. I vividly remember hanging out with him, and then they did a video together, so I’d see him a few times" she said, "He was asking his friends: ‘Who is this Kim Kardajan?’ He didn’t know what my name was." Well, they’ve certainly come a long way since then. 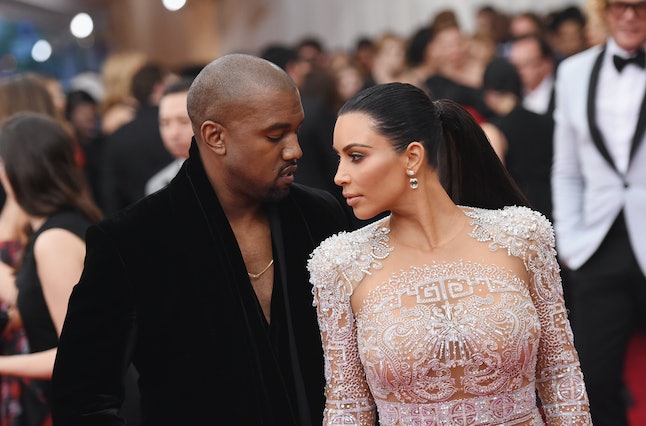 Again, Kardashian’s comments on the KUWTK 10th anniversary special highlight another major relationship milestone for Kimye. She said that after she split from her ex, Kris Humphries, in 2011, she sparked up a relationship with her now-husband. She said,

Putting on an entire show in Paris? OK, that sounds like the most romantic grand gesture ever.

Shortly after it was confirmed that they were dating, it was reported in December 2012 that Kimye was set to become a family of three, per the Daily Mail. In 2013, they welcomed their first child together, a daughter named North.

You can always count on West to make a grand gesture for his love. In late 2013, he pulled off the grandest of gestures in order to ask Kardashian to marry him. As seen on Keeping Up With the Kardashians, the singer had many of his girlfriend’s friends and family fly to San Francisco, where he then proposed. The whole romantic event left Kardashian and all of her family members completely surprised.

Following their fabulous engagement, Kimye went down the aisle on May 24, 2014 in Florence, Italy, per E! News. The KKW Beauty mogul recently marked their fourth wedding anniversary on Instagram with an especially lovely message in which she said, in part, "4 years down and forever to go."

In late 2015, Kimye welcomed the newest addition to the West family. As E! News reported, they welcomed their second child, a son named Saint on Dec. 5, 2015, with Kardashian announcing on her website and app at the time, "KANYE AND I WELCOME OUR BABY BOY!"

January 2018: Another Addition To The Fam

After a little bit of a rough patch in their lives in 2016 that included Kardashian’s terrifying robbery ordeal and West’s hospitalization, Kimye revealed some happy news. In 2017, it was reported that the famous couple was set to welcome their third child via surrogate in 2018. Come January 2018, Kardashian and West’s third child, Chicago West, entered the world.

Kardashian and West have been through so much together. But by all accounts, it seems as though the couple is still going strong today.