Doherty, who portrays Bass-esque playboy Max Wolfe in the new HBO Max reboot of “Gossip Girl,” was packing on the PDA with girlfriend Yasmin Wijnaldum at the show’s premiere in New York on Wednesday, eyewitnesses tell Page Six.

The former Disney Channel star couldn’t stop making out with Wijnaldum during the premiere’s cocktail hour, where they were seen canoodling as he talked with fellow cast members including Eli Brown, Tavi Gevinson and Megan Ferguson.

“There’s no need for that here,” quipped one spy. “The show hasn’t even started!”

Doherty, 26, previously dated fellow Disney Channel star Dove Cameron for four years. She previously said their breakup “f–ked me up,” but they are on good terms now. 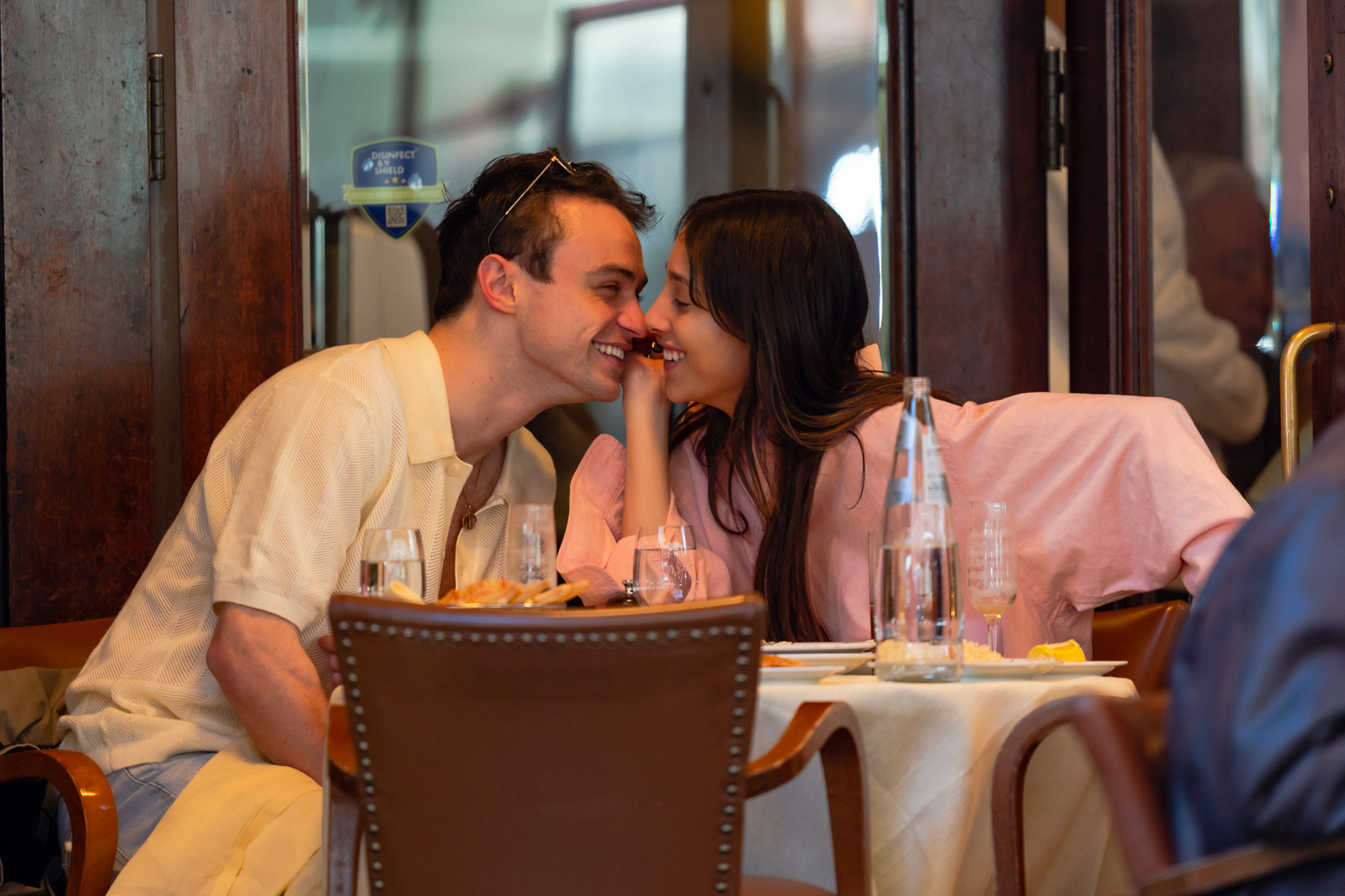 Following a screening of the highly anticipated show’s first episode, party attendees moved to the rooftop where spies tell us the “Gossip Girl” cast noshed on iconic JG Melon’s burgers and Joe’s Pizza while sipping cocktails — as is the Upper East Side way.

But a sudden downpour of rain didn’t put an end to the bash, which moved back inside where more cocktails and good times were had, we’re told.